HomeNewsAMD fans, ready up — Ryzen 7000 could be coming soon
News 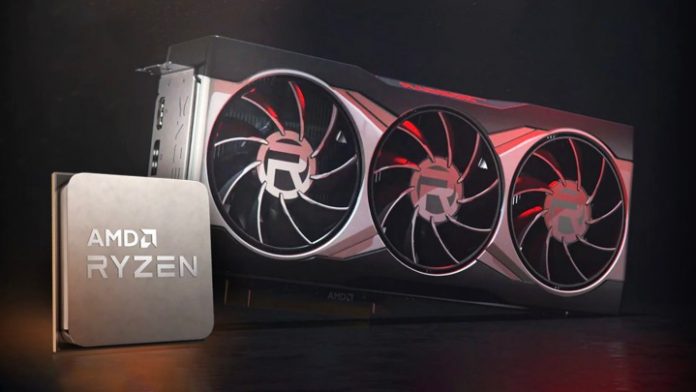 New rumors about the potential launch date for the AMD Ryzen 7000 have emerged, promising that we will see the CPUs hitting the market September 15.

This is in line with previous leaks, many of which pointed to September, or even September 15 specifically. The company is also readying its RDNA 3 graphics cards for later this year. Will AMD crush the competition?

We’ve already known that the next-gen AMD Ryzen 7000 “Raphael” processors are just around the corner, but now, the dates seem firmer than ever, implying that we will be able to buy these CPUs in a little over a month. Wccftech cites its own sources as it claims that the Zen 4 processors will be released alongside the high-end X670 motherboards on September 15, following an official announcement from AMD on August 29.

These new products will allegedly be revealed during a product event that AMD is planning to host, but you won’t be able to pre-order ahead of time — everyone will have to wait for the September 15 release date. The embargo on the AMD processors and matching motherboards will lift September 13, meaning that you’ll likely be able to hear from reliable reviewers as to which of the processors will be the best AMD CPU to pick up.

The upcoming AMD Ryzen 7000 lineup marks a huge step for the manufacturer. It will finally add support for DDR5 memory and PCIe 5.0, and it’s worth noting that it will support DDR5 RAM exclusively — keep that in mind if you’re working on your new build. Thanks to a new core architecture, Zen 4 is rumored to bring a notable boost, delivering up to 35% better performance in multithreaded tasks.

AMD, seemingly inadvertently, leaked the processors that might be the first ones to arrive. This list includes four CPUs, and it has all the successors of some current fan favorites. Based on this leak, it seems that we will first see the AMD Ryzen 9 7950X, AMD Ryzen 9 7900X, AMD Ryzen 7 7700X, and the AMD Ryzen 5 7600X. This means that the lower end of the lineup will follow later on. There have also been no mentions of 3D V-Cache CPUs yet, but AMD has previously confirmed that it will be bringing back the tech for Zen 4.

Much like the first wave of processors targets the higher-end sector that gamers will be interested in, the first AM5 motherboards to arrive will be the X670E and X670 designs. The cheaper B650E and B650 boards are expected to arrive a little later, with predictions pointing toward October or November.

During its recent earnings call, AMD also confirmed that the next-gen RDNA 3 graphics cards will arrive later this year. “While we expect the gaming graphics market to be down in the third quarter, we remain focused on executing our GPU roadmap, including launching our high-end RDNA 3 GPU later this year,” said AMD CEO Lisa Su.

Whether you’re an AMD enthusiast or you’re more of a believer in Team Green and Team Blue, it’s hard to deny that AMD seems to be on a roll this year. While Intel has recently reported a $500 million loss for the first time in a really long time, AMD seems to be thriving, having earned $6.55 billion in the second quarter of 2022.

AMD is well-positioned to beat Intel to release the next generation of processors, seeing as Intel Raptor Lake is rumored to arrive in October. Let’s hope that this upcoming battle of the titans will result in slightly more competitive pricing than what we saw on the previous generation of PC hardware.