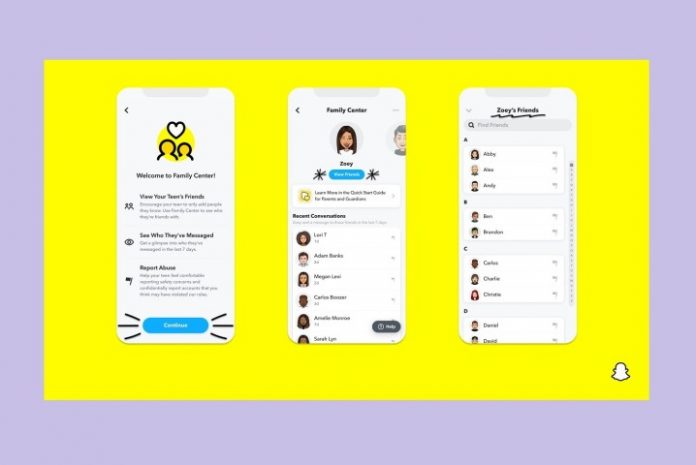 Popular messaging app Snapchat has a new parental supervision feature that lets parents see who their teens are chatting with. Notably, the feature doesn’t allow parents to view the content of those chats.

On Tuesday, the messaging app’s developer, Snap Inc., announced via a blog post that a new in-app feature called Family Center would allow parents of teen Snapchatters to see who is friends with their teens and who is chatting with them. Additionally, parents can also use Family Center to report accounts for abuse.

However, the new Family Center feature doesn’t let parents monitor their teens’ actual chat conversations. And in its announcement, Snap Inc. offered an interesting perspective as to why it’s purposefully designed that way:

“Family Center is designed to reflect the way that parents engage with their teens in the real world, where parents usually know who their teens are friends with and when they are hanging out – but don’t eavesdrop on their private conversations.”

Family Center is also expected to have more parental supervision and control features added to it: Snap says that “in the coming weeks” parents will also be able to see their teens’ newly added friends. In the fall, Snapchat is also expected to add more content controls and a way for teens to let parents know when they have reported an account or content to Snapchat.

Before setting up Family Center, there are few requirements that must be met first:

According to Snap’s instructional video above, Family Center can be accessed in the Settings menu under the Privacy controls section.

Facebook
Twitter
Pinterest
WhatsApp
Previous articleGoogle pressures Apple to stop being stubborn and adopt RCS — and you can join in
Next articleAsus’ landmark OLED monitor finally got a price, and it’s not cheap