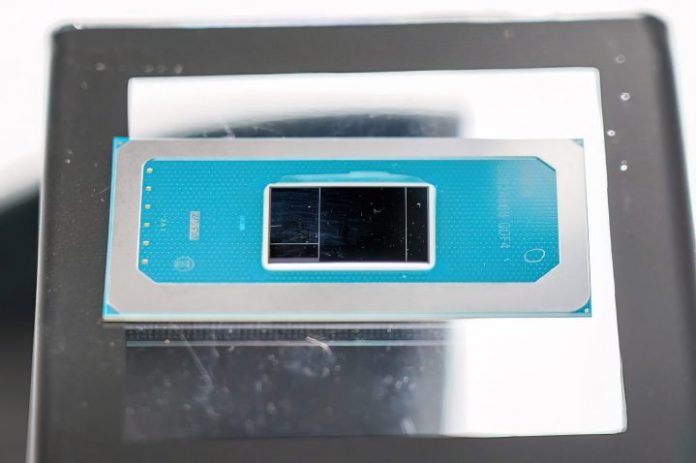 Meteor Lake, or Intel 14th-gen, is still more than a year out, so it’d be silly of me to worry about performance. What I am worried about is how these chips are being developed and manufactured.

Meteor Lake uses too many different nodes and dies

AMD has been wielding chiplet technology successfully against Intel to great success for years now. Intel is finally taking notes with Meteor Lake, but its approach to using chiplets couldn’t be more different from AMD’s.

A node or process is how a processor is manufactured, and it’s a critical component to a CPU’s performance and cost of production. The Meteor Lake chip Intel showed off at Hot Chips uses no less than four different nodes, which is a staggering number for a simple mainstream chip. The CPU die uses the cutting-edge Intel 4 process, and according to Tom’s Hardware, the GPU uses TSMC’s cutting-edge 5nm, the IO and SOC dies use TSMC’s 6nm, and the Foveros interposer uses Intel’s old 22nm.

Why so many nodes? Well, Intel has taken a “mix and match” approach to chiplets, and wants to use many dies for processors to achieve maximum customization. While this is certainly a good idea for designing a processor that is perfectly designed for its intended use case, it’s also very expensive. Rather than developing and refining a single chip, Intel is having to test several pieces of silicon, and each one could be on a different process. The cost of making lots of different chiplets is multiplied by the usage of different nodes, which requires Intel’s engineers to be familiar with far more nodes than ever before.

AMD’s approach could not be more different. Its entire CPU portfolio uses just two nodes: TSMC 7nm’s and GlobalFoundries’s 12nm. This is spread out across three dies: the 7nm CPU die, the 12nm desktop IO die, and the 12nm server IO die. AMD also has its two current-generation 7nm APU dies, which are monolithic and not chiplet based.

AMD has accomplished this level of simplicity by combining many functions into a single die. For example, Meteor Lake has separate dies for its graphics, IO, and SOC functions. The upcoming Ryzen 7000 chiplet-based CPUs on the other hand combine all of these into a single die, which allows for desktop Ryzen CPUs to be used for the mobile market in the form of Dragon Range. Granted, the graphics capabilities of AMD’s new CPU (or APU) won’t be particularly great, but it makes sense for its intended use. Meteor Lake is more complex, but the gains don’t seem worth it.

All that gives me concerns about the economic viability of manufacturing these chips. When tech is overly expensive to make, we’re often left wondering what the company will need to do to make it a profitable product in the end.

Dies that can’t be adapted to other markets

Speaking of other markets, that is also a key weakness in Intel’s strategy. The double whammy for Meteor Lake’s financial prospects is the fact that Intel has no plans to use any of Meteor Lake’s four dies in different segments, which misses one of the key benefits of using chiplets. Intel wants to harness chiplets to make its CPUs extremely modular and customizable, but that doesn’t seem superior to AMD’s approach.

According to Intel, of Meteor Lake’s four different dies, only the IO and SOC dies will be reused and only in Arrow Lake, which will come with new CPU and GPU chiplets. But this is just desktop and laptops we’re talking about, which means Intel is also making different dies for servers and high-end desktops. Intel might need to deploy as many as eight different chiplets to cover the entire CPU market in 2023. In 2023, AMD looks to be planning to have three chiplets plus one or two monolithic APUs.

That Intel isn’t pursuing a more efficient way to use less nodes and make less dies is baffling to me. AMD already mastered this aspect of chiplets in 2019, and Intel has had every opportunity to follow suit. Intel says this design philosophy is cheaper than monolithic designs and bypasses the issue of needing to use expensive cutting edge processes for the entire CPU, but I’m not convinced. At the very least, using four different dies (two of which use cutting-edge nodes anyways) is undoubtedly more expensive than using two, as AMD does in its CPUs.

CPUs designed like Meteor Lake are vulnerable to delays

The thing I most worry about with Meteor Lake is another delay. Intel is the last company that needs delayed products, especially after the struggles it’s had with its Arc GPU line. This CPU is uniquely vulnerable to delays in a way we haven’t really seen with other processors.

Once again, the mix-and-match method is the problem. Using all of these different nodes and dies greatly increases the chances that somewhere along the way, there’s going to be a problem that forces Meteor Lake and other CPUs designed like it to be delayed. If just a single die doesn’t meet the deadline due to issues with the node or the design, the whole CPU is delayed. The points of failure on Meteor Lake are worryingly high.

Admittedly, this is a pretty speculative point. While there are rumors about delays to the CPU and GPU chiplets in Meteor Lake, they seem unfounded. Nevertheless, Intel is a company that suffered delay after delay on a single point of failure: its 10nm node. TSMC’s 6nm and 5nm nodes are tried and tested, but Intel 4 isn’t, and to avoid a delay, Intel needs to get the design on all four dies correct without major problems — this is what worries me when I look at Intel’s track record.

Intel has a lot riding on its chiplet strategy. The company posted a half-billion dollar loss in the second quarter of this year, its first loss in a very long time, and now the company is going forward with a design philosophy that doesn’t seem to maximize economic viability. Intel only just made a comeback last year with success of Alder Lake, but that good will could easily be undone by higher prices and delays. Let’s hope Intel has a plan to circumvent these problems and deliver a strong showing in 2023.