HomeNewsWhich Apple Watch should you buy on Prime Day 2022?
News

Which Apple Watch should you buy on Prime Day 2022? 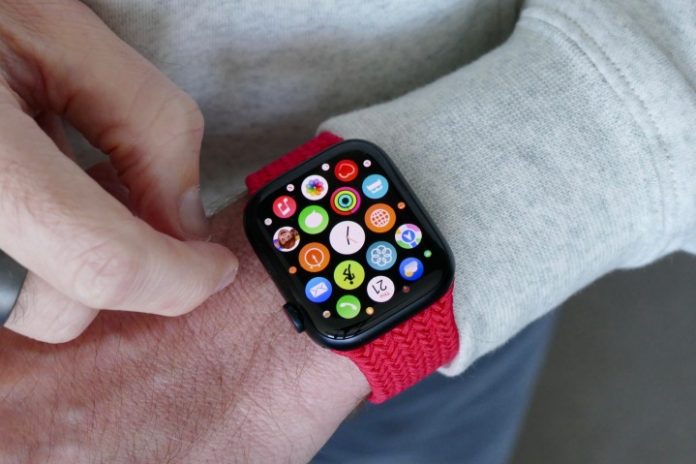 The Apple Watch is an expensive piece of kit, so any chance to grab one at a discount should be taken, and the 2022 Prime Day deals offer one of those opportunities. However, it’s not as simple as just buying an Apple Watch, as there are several different models available, and a variety of different options too. This is our advice on which Apple Watch you should buy on Prime Day 2022.

Our overall recommendation is the Apple Watch Series 7. It’s Apple’s current top-of-the-range smartwatch with the latest design and all the features you could want, meaning it’s the model that will last you longest. The list of features is extensive and we go into detail about how the smartwatch performs in our full review (see link above), but know that you’re getting a bright, almost bezel-less screen covered in super-strong glass, two-day battery life with fast charging, and a lot of sensors to track your health, including your heart rate, blood oxygen levels, and even an electrocardiogram (ECG).

The Apple Watch Series 7 uses Apple’s WatchOS 8 software and will be compatible with WatchOS 9 when it’s released later this year. It connects to most modern iPhone models, and will reliably deliver all your notifications, plus there are a lot of apps to try on the watch too. However, in our experience, the Apple Watch is at its very best when it’s kept fairly simple, so don’t go mad with apps like you would on your phone.

Also helping with its longevity is the massive choice of Apple Watch bands for the smartwatch, which help you customize its look. We’ve got some advice on what to consider if you’ve never built a collection of bands for a watch before. The Series 7 has been a great companion since it was released, and we stick with our 10/10 review. It’s a very hard score to attain, but the Apple Watch Series 7 remains the best smartwatch you can buy, so if you can find it in these Prime Day Apple Watch deals, we absolutely recommend you do so.

Which version of the Apple Watch Series 7 is right for you?

The Apple Watch Series 7 comes in two different versions, a Wi-Fi and GPS modelm along with a cellular version. You pay more for the cellular model as it can operate as a standalone device, meaning you don’t have to take your iPhone with you all the time. For example, if you run with your Apple Watch but don’t take your phone, it will make and receive calls, send and receive messages, and provide live GPS data too. However, a Cellular Apple Watch Series 7 costs more upfront, and you will need to add a plan for it with your carrier, which is usually around $10 extra per month.

If you always have your phone with you, then the Wi-Fi and GPS model will be perfectly sufficient. It just won’t manage calls and messages without being connected to your phone. It’s cheaper to buy, and there’s no ongoing monthly cost attached either. It’s probably the version most people will want to buy.

Choosing which version to buy is the main decision to make, but you’re not done yet, as some Apple Watch models are made of different materials. Most, if not all, the models you will see reduced on Prime Day 2022 will be the standard aluminum version. It’s attractive, hard-wearing, and comes in a few different colors too. However, Apple also makes the Watch Series 7 from stainless steel or titanium. These both cost considerably more and do offer some advantages in toughness and lightness, but are functionally identical to the aluminum version. Likewise the Nike version, which comes with a different Nike-branded band and watch face, but works the same as all the others.

Most people will find the aluminum Wi-Fi + GPS version of the Apple Watch Series 7 perfect for their needs.

Why not the Apple Watch SE or Series 3?

There’s nothing wrong with the Apple Watch SE, but it’s a three-year old smartwatch, and it’s difficult to recommend for that reason. It’s missing the ECG and an always-on screen (which is a big deal), the sensor array is less capable, and although it will run WatchOS 9, performance may suffer due to the aging processor. It’s a better decision to buy the latest Watch Series 7 at a lower price, as it will last you a lot longer.

The Apple Watch Series 3 was released in 2017 and while the low price may be tempting, it looks and feels its age. The screen is smaller than the Apple Watch SE and the processor is even older. It does not have an always-on screen, it does not measure blood oxygen levels or take an ECG, and will not be updated to WatchOS 9, making it a poor choice when you consider longevity.

In summary we recommend buying the powerful, capable, and attractive Apple Watch Series 7 when the Prime Day Apple deals arrive. It’s the model that will last you the longest. The aluminum version with Wi-Fi will be more than enough for most people, but if you often wish you didn’t have to take your phone everywhere but still need to stay in contact, consider the Cellular version — just remember it will cost a small additional amount on your monthly phone bill to use.

One final note, do remember you need an iPhone to use the Apple Watch. If you own an Android phone and want a smartwatch, then take a look at our best Prime Day smartwatch deals here.