HomeNewsWhat is the TikTok blackout challenge? The dangerous trend that has parents...
News

What is the TikTok blackout challenge? The dangerous trend that has parents suing 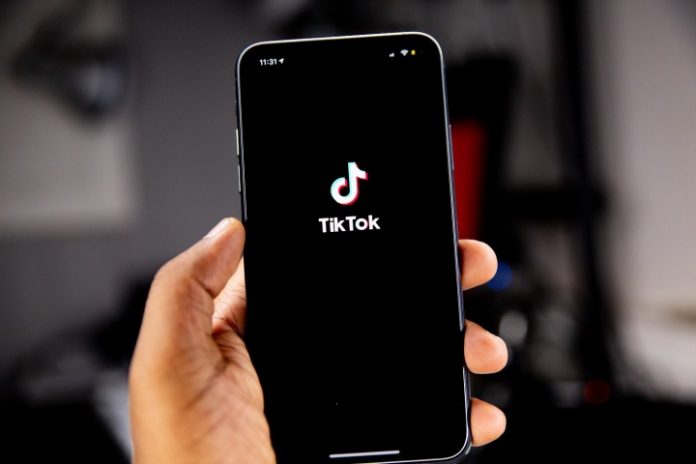 TikTok is notable for challenges that are popular among children and teenagers. Most challenges are harmless, like dance challenges and style transition challenges using the same audio associated with them. Other challenges are malicious, like “devious licks,” a challenge that encourages students to steal or vandalize school property.

Even more worrying, a few other challenges have posed serious dangers to the young TikTok users participating in them. One such challenge is the “blackout challenge.” According to a July 2022 report from The Verge, seven children — whose ages ranged between 8 and 14 — allegedly died of strangulation after TikTok showed them videos of people trying to choke themselves. This is according to lawsuits filed by the children’s parents.

What the TikTok blackout challenge is

The blackout challenge is a social media dare that calls on users to strangle themselves with a belt, purse strings, ropes, and similar items until they pass out, all while uploading the resulting videos to TikTok. However, the challenge did not start on TikTok, nor is it exclusive to the platform.

The blackout challenge is reminiscent of the choking game, which killed 82 children between the ages of 6 and 19 in the U.S. between 1995 and 2007, according to the Centers for Disease Control and Prevention (via TIME). The game has gone by different names since the 1930s, such as the “pass out challenge,” “space monkey,” and “flatliner.” No matter what name the game bears, it still challenges kids to choke themselves without cutting too much of the flow of oxygen to the brain in order to achieve momentary euphoria. Today, it goes by the blackout challenge.

What makes the blackout challenge especially dangerous — and fatal — is that kids often play it by themselves in the privacy of their own bedroom. They have their phone in hand, TikTok video playing on the screen, and the camera rolling. They don’t always rely on their friends to act as safeguards, making things especially dangerous if they become unconscious.

Why parents are suing TikTok

Parents are suing TikTok and its parent company ByteDance to hold the platform accountable for their children’s deaths as a result of the blackout challenge going viral on the app.

The lawsuit in question was filed on June 30, 2022, by the parents of eight-year-old Lalani Walton of Temple, Texas, and nine-year-old Arriani Arroyo of Milwaukee — both of whom died last year while attempting to do the blackout challenge. The parents of both girls allege that TikTok had “specifically curated and determined that these blackout challenge videos… are appropriate and fitting for small children.”

The suit cited five other cases of children dying after participating in the blackout challenge between January and December of 2021, including a 10-year-old girl in Italy (whom Arroyo told her parents about), two 12-year-old boys in Colorado and Oklahoma, a 14-year-old boy in Australia, and another 10-year-old girl in Pennsylvania named Nylah Anderson.

According to The Washington Post, Taiwanna Anderson filed a lawsuit against TikTok in May 2021. Her suit claimed that TikTok “sent was essentially a how-to asphyxiated yourself video, disguised as a challenge, to a 10-year-old. It is inexcusable.”

All parties are seeking jury trials and monetary damages for pain, suffering, and other expenses incurred by the deaths of their children from the Blackout Challenge.

What TikTok’s doing to stop the blackout challenge

TikTok responded to the aforementioned lawsuits by saying that it’s enacting safety measures to prevent children from searching for blackout challenge videos. It’s also clarifying that the challenge was never a TikTok trend in the first place. It released the same statement following the news of both lawsuits, saying, “This disturbing ‘challenge,’ which people seem to learn about from sources other than TikTok, long predates our platform and has never been a TikTok trend. We remain vigilant in our commitment to user safety and would immediately remove related content if found. Our deepest sympathies go out to the family for this tragic loss.”

Now, when TikTok users try to search for the blackout challenge, a warning message pops up instead of related videos, saying, “Some online challenges can be dangerous, disturbing, or even fabricated.” TikTok then redirects users to safety resources, providing information on how to assess challenges and warnings, and encouraging them to report any dangerous material they see.

It’s not a perfect method to stop the blackout challenge, but it helps ensure that dangerous videos are more difficult to come by. Even so, parents are encouraged to have discussions with their children about online challenges, no matter what their age, and give them guidance on what challenges are safe for them to participate in and which ones are not. Open communication in conjunction with risk assessment tips from TikTok work best to empower young users to make safe decisions.