HomeNewsWant an early look at iOS 16? The public beta is finally...
News 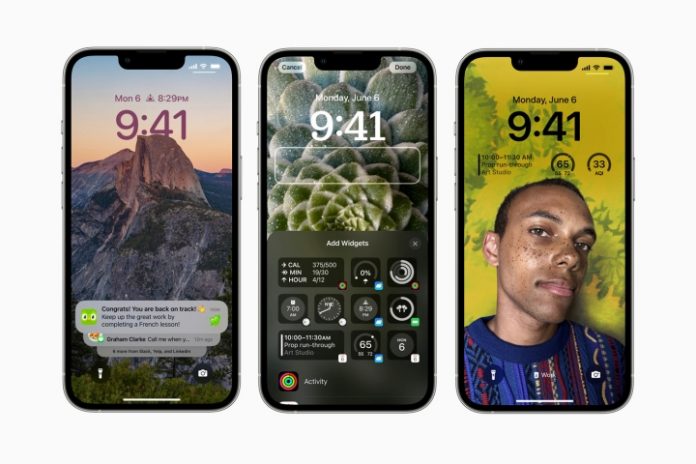 Apple is finally releasing the first iOS 16 public beta after three developer betas. Public beta testers can now download beta profiles for both iOS 16 and iPadOS 16. It brings a ton of new features — from a customizable lock screen to removing backgrounds from photos with a tap. Here’s what you can expect to change on your iPhone with the new OS.

iOS 16 brings a major overhaul to the lock screen of your iPhone. You can now customize them to your liking. Moreover, it will be tied to the Focus mode, so you can assign wallpapers and lock screen widgets to your gaming, personal, or work Focus modes. The Focus feature is also going system-wide, allowing you to tie things like Safari websites and certain emails to specific Focus modes. This lock screen is likely to be the base of the upcoming always-on display feature on the iPhone 14 Pro.

Apple is improving its Messages app by adding the ability to unsend or edit text messages within 15 minutes of sending them. The short time window is meant to prevent you from using this feature for mischief or malice. Apple is also killing off Tapback spam in cross-platform group messages. The company is rolling out more sharing features with SharePlay so users can watch movies and listen to music together within the Messages app. There is a new email standard with support for Brand Indicators for Message Identification (BIMI) that hopes to make it clear where a message is coming from.

Apple is adding a Medications feature to its Health app. It might be the most important feature for you if you need medicines on a daily basis. It allows you to keep track of your medicines, vitamins, and supplements by letting you create a medications list. You can then set up schedules and reminders, and view all the medicine-related information in the Medications section of the Health app.

With iOS 16, Apple is also eliminating the use of captchas. Plus, Safari is killing passwords for good by introducing passkey. iOS 16 may not be the revolutionary upgrade some people were hoping for, but there’s still more than enough to sink your teeth into.