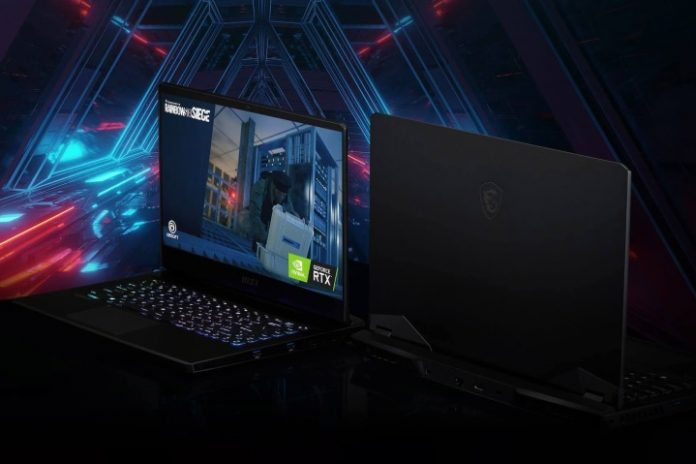 Since powerful laptops tend to be super expensive, Prime Day is the best time of the year to pick one up, especially given how many electronics sales tend to happen, not to mention that lighter performance laptops also garner a premium. Of course, the most powerful are RTX 3080 laptops that can rip through anything thrown at them, and while there are a ton of deals out there, we’ve collected the best of the best for you to check out so that you don’t have to troll through all of Amazon to find stuff.

MSI used to be very well-known for gaming motherboards, but in the past few years, they’ve made some significant in-road in the gaming laptop space with a variety of great entries, such as the GP66 Leopard. Besides the great specs, we especially appreciate the more muted design as opposed to the light-covered gaming laptops you often find. As such, it can work in any environment; whether it’s a school or a company, nobody will give you the stink-eye for carrying around a really obvious gaming laptop, which already makes this one of the nicer Prime Day Gaming Laptop deals for you to pick up.

Of course, it also excels as an RTX 3080 laptop, especially since it’s paired with a 15.6-inch FHD screen with a 144Hz refresh rate. Since the GPU is very much overpowered for the screen, you can pretty much play any modern game, even AAAs, with really high settings and achieve that refresh rate, which is refreshing for a gaming laptop. What’s even more impressive is that it does a pretty excellent job of cooling the RTX 3080 to avoid thermal throttling, although that comes at the expense of having a pair of really loud fans that might make you feel like you’re sitting next to a jet engine when the laptop fans are full throttle. Of course, you can lower how fast they run to help mitigate the noise, and with so much performance available, it probably won’t impact you unless you’re playing something like Crysis.

As for the CPU, you get an 11th-generation Intel Core i7-11800H, a high-end CPU that should easily crush most productivity software, as well as games that like to eat CPU resources, such as simulation games. RAM is a respectable 16GB, about what we’d expect for a higher-end gaming device, and storage comes in the form of a 512GB solid-state drive (SSD), which may be enough if you don’t play Call of Duty: Warzone. As such, you may want to pick up an external hard drive deal to help supplement your internal space a little bit.

You don’t often see a large screen with laptops, even gaming laptops, but they certainly make the most sense when paired on an RTX 3080 laptop, so we’re surprised we don’t see them more. Regardless, the Acer Nitro 5 has a huge 17.3-inch FHD screen that can hit a 360Hz refresh rate, plus its IPS and has a 3ms response time, all of which are really impressive things to find on a laptop and are great if you want to do a lot of action-packed gaming. At first glance, the 360Hz may seem unachievable, but like the MSI GS66 — since the screen is only FHD and yet is paired with an RTX 3080 — it can hit that high refresh rate, especially when playing AA games or free-to-play games that aren’t resource-hungry like League of Legends or CS:GO.

Of course, one of the big benefits of having a larger screen is that it not only helps you see a lot more of the game, but you also get better productivity since the larger screen real estate allows you to have more apps, windows, or tabs on the screen. This does come with the substantial downside of having to deal with a massive and heavy laptop, and given that it weighs nearly 6 pounds, this isn’t going to be easy to carry around, so a lot of folks might want to use this mainly as a desktop replacement. Luckily, it comes with a powerful AMD Ryzen 7 5800H, so it can do the job of a desktop and easily rip through any apps or games that like to eat CPU resources, so you shouldn’t feel any deficiency there.

The large size means you get a nice big keyboard with nice big keys, so if you type a lot for work or study, this is perfect. You also get much larger storage in the form of a 1TB SSD NVMe, which should be enough for most folks, and 16GBs of RAM, which is what we’d expect for a higher-end gaming laptop, not something you’ll likely have to worry about. As for battery life, it’s not going to be great since there’s an RTX 3080 under the hood, so expect one to two hours of gaming at best. This can go up to four hours for non-gaming stuff, and if you aren’t running the screen at the highest brightness and refresh rate, you can play around with that to figure it out.

The idiom “great things come in small packages” has never been more true than with this Razer Blade 14, an RTX 3080 laptop with a 14-inch screen. It’s so tiny that we aren’t even sure where they managed to put the 3080, although a parallel dimension is not out of the question. Even better, the screen’s resolution is QHD, and that’s truly the sweet spot when it comes to laptop resolutions paired with powerful graphics cards, although at just 14 inches, it may be a bit overboard, although we won’t complain. Also, refresh rates can hit up to 165Hz, another impressive feat for such a tiny screen, and given the GPU, it’s likely to hit it pretty easily.

Of course, there are a couple of downsides to having a smaller laptop, and they’re ones you’d expect, namely a cramped keyboard and the fact that it can run a little hot under them. Ultimately, this is the reality of the physics of trying to get so much performance in a tiny space, and it is definitely worth the sacrifice if you want a portable gaming laptop with an RTX 3080. As if that wasn’t enough, they also managed to cram in an AMD Ryzen 9 5900HX, a top-of-the-line CPU that can pretty much blow anything out of the water that’s thrown at it, so if you do a lot of CPU-intensive tasks, then this will likely be a pretty great option for you.

The overall build is also pretty impressive; using a CNC aluminum body, it feels like a premium laptop. Besides the great GPU and CPU, you get 16GB of RAM, which almost feels underwhelming compared to the other two, but it is still really good for a laptop. Storage is also pretty reasonable with a 1TB SSD, and you likely won’t have to supplement it with an external hard drive, which is good since you want to keep the whole thing as light and mobile as possible. In fact, the whole thing outperforms a MacBook and costs a little less, as you can see in a fuller breakdown of the Razer Blade 14 and MacBook Pro 14.

If you want a great Prime Day deal on a tiny RTX 3080 laptop, the Razer Blade 14 will be hard, if not impossible, to beat.

While the Razer Blade 14 is a tiny laptop with great resolution, the MSI GS66 Stealth is an RTX 3080 laptop that has a 15.6-inch screen that actually lets you take advantage of the 2K resolution, and we don’t say this lightly, because while Blade 14 is great, this is a better option for a 2K resolution. We’re also pretty happy to note that the screen can support up to a 165Hz refresh rate, and much like the Blade 14, we wouldn’t be at all surprised if it managed to hit that easily, even on higher settings with the most recent and modern games.

Another good comparison this has with the Blade 14 is that it’s surprisingly thin for a laptop with an RTX 3080, and while Razer is known for making thin and portable laptops, MSI isn’t, so we’re very much impressed to see this smaller form factor. The build is also pretty good, and the overall design is muted, making it fit into any environment, whether school or work, a big plus in the modern age where being a gamer sometimes garners bad attention. Unfortunately, the keys are a little bit unimpressive, which takes it down a notch in terms of productivity use, at least if you care about the feel of your keyboard or if you type a lot.

Still, the rest of the specs are really good, with an 11th-gen Intel i7-11800H that can manage most CPU-intensive tasks, so at least you get a bump of productivity there, and if you do stuff like audio or graphical editing, then you’ll have lots to work with. As for RAM, you get 16GB of it, more than enough for most folks, much like the storage, which comes in a 1TB SSD variety. Again, that depends a lot on what type of games you play, but for the most part, you shouldn’t have an issue if you use good storage management.