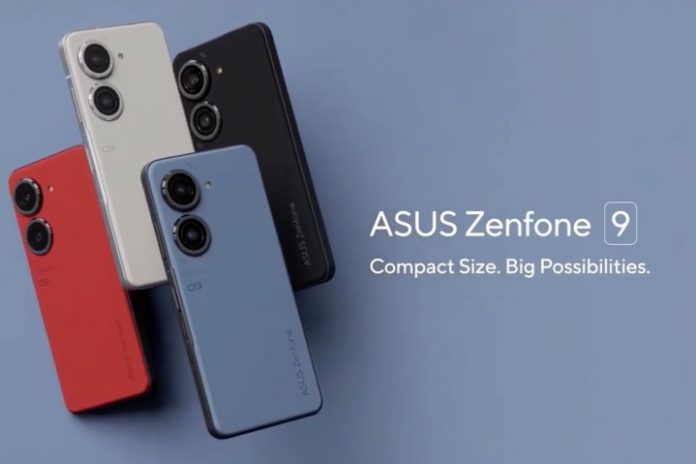 While it may not have sold in massive numbers like the Samsung Galaxy S22 series and the iPhone 13, 2021’s Asus Zenfone 8 did garner everyone’s attention for a single reason: Its rather diminutive size. Thanks to its 5.9-inch display, the Zenfone 8 was roughly the same size as the likes of the iPhone 12 and the Google Pixel 5. It was only slightly bigger than the iPhone 12 mini as well. While the Zenfone 8 received praise for its small, lightweight form factor and its excellent camera, it suffered from poor battery life, screen responsiveness issues, and the lack of support for wireless charging.

Now that it’s been well over a year since the release of the Zenfone 8, it was about time for Asus to come up with a successor. If we are to believe the folks over at TechGoing, the Asus Zenfone 9 is on the verge of being announced. The Hong Kong-based publication just released a video of the Zenfone 9 that not only showcases the design aspects of the upcoming phone, but also sheds light on the key hardware specs of the device.

With the Zenfone 9, Asus seems to be wanting to address a chief complaint against its predecessor: Its uninspiring design. The upcoming Zenfone 9 appears to feature a boxier look, albeit with more rounded edges. The most significant change is observed on the rear panel, which now gets two massive cutouts for the camera lenses. The already small size of the phone makes these camera cutouts seem enormous compared to the rest of the smartphone body. The video also sheds some light on the camera hardware. It says that the primary camera on the Zenfone 9 will use Sony’s 50MP IMX 766 sensor (the same found on the ROG Phone 6) and that the phone will feature a 6-axis gimbal system for OIS.

At 5.9 inches, the Zenfone 9 has the same display size as the Zenfone 8. This time, the phone gets a Samsung-sourced AMOLED panel with a 120Hz refresh rate, with a visible left-aligned hole-punch cutout for the selfie camera. Other notable features on the Zenfone 9 include stereo speakers, a 3.5mm headphone jack, a side-mounted fingerprint scanner, and an IP68 rating for water and dust resistance. In addition, the Zenfone 9 also gets a 4,300mAh battery. As expected of any self-respecting Android flagship from 2022, this Zenfone 9 is reportedly powered by the Snapdragon 8+ Gen 1 chip from Qualcomm. We do not have details on the different storage and RAM options available for the phone yet.

The promotional video also showcases a couple of interesting accessories that Asus intends to release alongside the Zenfone 9. These include a Smart Backpack Mount that allows you to tie your smartphone to your backpack using a retractable cord. Then there is the Flexible Phone case that also bundles a kickstand and a cardholder.

We do not have a probable launch date or pricing details for the Asus Zenfone 9 yet. However, given that its predecessor was launched well over a year ago, we could see this phone being launched within the next few weeks.