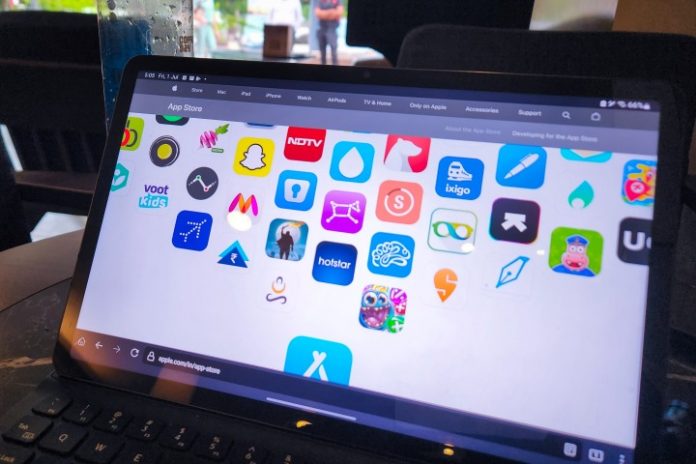 Apple says it will allow app developers in South Korea to enable third-party payment systems in their apps. In doing so, developers will no longer be forced to pay a 30% cut of their gross app revenue for using the App Store’s own in-app payment system.

Despite years of developer backlash, Apple has been adamant about forcing developers to use its in-house payments system for handling in-app purchases and subscription payments. Apple’s grip was so tight that the company didn’t hesitate before kicking a bonafide money-making machine like Fortnite off the App Store because Epic tried to avoid the Apple tax with its own payment system.

Fortnite has been absent from the App Store since August 2020, but the whole saga ignited a debate that has forced Apple to make a few landmark changes in two markets – South Korea and the Netherlands. In March this year, an amendment to the Telecommunication Business Act was approved in South Korea. As per the country’s regulatory body (the Korea Communications Commission), the tweak will prohibit brands like Apple and Google from “forcing a specific payment method to a provider of mobile content.”

Three months later, Apple has finally enabled the policy for developers in South Korea, liberating them from the App Store tax. It sounds good on paper, but the road ahead for developers is far from rosy, and almost sounds like a bunch of punitive conditions for putting cracks in its walled garden. But there’s more to this forced change of heart than it appears.

The hangups are seen right off the bat. If developers want to use other payment systems instead of Apple’s, they’ll be subject to a 26% commission for all in-app payments made by users. And that’s before any other processing fees and dues. For context, that’s just a 4% lower rate than the 30% cut Apple charges flagship developers and significantly more than the 15% commission charged for smaller developers.

Apple doesn’t say why it is charging the 26% cut of revenue here. However, Apple has repeatedly argued in the past that maintenance of the App Store is a pricey endeavor. Plus, Apple also offers perks such as payment assistance, fraud protection, indemnity, insurance, assistance with law enforcement, theft protection, etc.

Giving developers a free hand by not charging a fee wasn’t going to be a sustainable business model. However, developers have argued that it’s more about the high taxation than abandoning all the features mentioned above. The protest was always about charging a less exorbitant fee, rather than asking Apple to go all benevolent on developers.

If you are a small developer, it makes more sense to pay a 15% tax by sticking to Apple’s own payment system with the App Store Small Business Program, rather than skirt around the App Store tax and pay a higher 26% fee. For developers in South Korea, a reduction in App Store tax from 30% to 26% won’t make much of a difference, unless they play at a global scale with a massive user base.

A region-locked ploy with numerous chores

The meager 4% relief that Apple offers is limited to apps solely distributed in South Korea. Plus, it’s not a cakewalk to save that 4% cut of the app revenue. Developers will have to share their monthly revenue with Apple within 15 days of each month’s completion — data that Apple will audit before it takes its reduced 26% cut.

The first step toward ditching Apple’s in-app payment system is the StoreKit External Purchase Entitlement, which needs to be requested via a form. Developers will have to furnish details such as their app’s bundle ID, payment service provider, website domain, and details about the customer support website that will address payment-related grievances.

Apple currently offers a choice of only four payment service providers (KCP, Inicis, Toss, and NICE) to process in-app transactions. If a developer wants to rely on another payment channel, it will first have to submit a request for that particular Payment Service Provider that needs to be approved by Apple.

Another key aspect is that developers will need to submit a separate binary of their app to get approval for the exemption, which officially goes by the name StoreKit External Purchase Entitlement. This app binary is essentially a clone of the app that will use an external payment system and will be distributed solely in South Korea.

The version that is available to users in other countries will continue to use Apple’s own payment system, and as such, developers will still have to pay a 30% cut from the overseas revenue. Moreover, developers will also have to make some changes in the South Korea-specific app binary — such as updating the Xcode package and tweaking the StoreKit APIs before it’s submitted for review.

Another critical piece of the puzzle is that an app developer can only choose one route – either go with a third-party payment service provider or stick with Apple’s system. But both options can’t co-exist. Apple is also forcing such apps to allow payment processing within the app and has told developers that they can’t redirect users to a browser for completing a transaction.

Dear app user, you’re on your own

Even after crossing all those hurdles, there’s a sea of risks for developers willing to save that precious 4% revenue. Apple warns that if an app is found engaged in scammy, bait-like, or fraudulent activities, it will be removed from the App Store and the developer’s Apple license will also be revoked.

But that’s not all, as the real psychological test begins when an app presents the option of a third-party payment gateway to users. Every app that relies on an external payment service will show a message to users informing them about it. This unavoidable hassle tells users that they are leaving Apple’s secure ecosystem to make a payment and that Apple isn’t responsible for what happens next.

The warning message shown by apps for using a third-party payment service.

There’s absolutely no breathing space at this point. A developer will be “following exactly the modal sheet’s design and text provided,” says Apple. This warning message will flash every single time users want to make a payment. Plus, users will also be required to enter the payment information every single time, so make sure to keep your credit card handy.

It’s both cumbersome for the user, and an effective scare tactic, especially for users who come to Apple’s ecosystem for its safety and convenience. Such a setup poses a tangible risk of user exodus, which is something developers should be extremely concerned about. There are always rivals ready to pounce on the opportunity by offering what users seek.

What this means for the U.S. and other markets

It is quite evident that Apple won’t let go of its App Store tax the easy way. For developers willing to look the other way, they will save a paltry 4% of their revenue, but only after a tedious process that comes with a very real risk of users abandoning the app in favor of something more convenient and secure.

Yes, Apple bending the rules in South Korea is a major breakthrough, but that doesn’t mean it is going to have an immediate global effect. In the Netherlands, Apple will only allow dating apps to use third-party payment services. For the rest of the world, especially in Europe, Apple will fight ferociously to defend its App Store revenue cut.

Assuming Apple loses the battle in key markets like the U.S. or Europe (which is where the opposition is strongest), we can likely expect a similar setup as what South Korean developers have been handed. For a majority of developers out there, the chores and risks that come with a reduced 26% commission simply aren’t worth the trouble. Plus, it puts Apple in a stronger position where it can boldly claim that 26% is the right cost for hosting an app on its repository.

Apple is not going to enable sideloading anytime soon, if at all, which means developers will have no other option to distribute their app except the App Store. If a South Korea-like policy is forced in more markets, Apple can also start enforcing arbitrary fees for listing apps, based on metrics such as download figures and raw spending among others.

Deep pocket developers can easily pay Apple to get a plum settlement in such a scenario, but it is the small developers that will bear the brunt of such a future. There’s already precedent for that. According to a Financial Times report, Apple already allows the likes of Facebook and Snap to skirt around the App Tracking Transparency (ATT) framework for collecting user data. An App Store tax situation that threatens Apple’s revenue inflow won’t be any different.