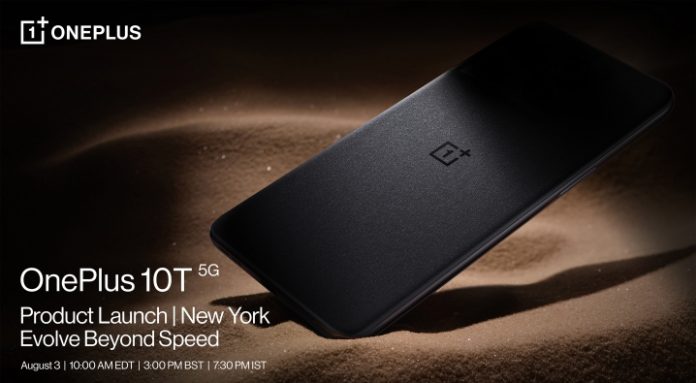 OnePlus will introduce its latest flagship-grade smartphone to the world on August 3, but prior to that happening, official renders are already out alongside in-depth leaks about its specifications. However, OnePlus has now confirmed two crucial omissions for the OnePlus 10T that will certainly have fans worried.

As is clearly evident from the official renders, the OnePlus 10T will lack the Hasselblad camera branding. To recall, the first product of the two brands’ partnership was the OnePlus 9 series, touted to improve the color chemistry on OnePlus phones and offer signature Hasselblad modes.

Over two generations of phones, OnePlus delivered some interesting results, especially when it comes to color calibration and delivering something different compared to the stock camera experience. Given the hype generated around the partnership, it was expected that OnePlus would extend its camaraderie with Hasselblad, but that doesn’t appear to be the case anymore, at least not on the OnePlus 10T.

The company said in a recent interview that with the OnePlus 10T, the priority was to deliver “an ultimate performance flagship smartphone at the device’s chosen price point.” To recall, the OnePlus 10T is rumored to be an all-around flagship package with tricks such as Qualcomm’s top-tier Snapdragon 8+ Gen 1 chip, high-resolution camera sensors, and likely 150W fast charging support as well.

However, given the OnePlus 10T’s appeal as a cheaper alternative to the OnePlus 10 Pro, it is obvious that price considerations played a key role in dropping the Hasselblad branding. After all, there is definitely some royalty fee involved that would have OnePlus paying Hasselblad to use its logo and sell the promise of a camera-centric device.

August 3, the next step of our evolution.You're invited to #EvolveBeyondSpeed with the #OnePlus10T 5G

In the meantime, sister brand Oppo inked a deal with Hasselblad, one that runs deeper than just color calibration and adding a couple of modes. At this point, it is unclear if OnePlus and Hasselblad’s partnership has run its course, but given the deep ties between OnePlus and Oppo, it wouldn’t be surprising to see Hasselblad make a return on the next Pro flagship from OnePlus in 2023.

One of the standout features of OnePlus phones has been the alert slider, which allowed you to quickly switch between silent and vibrate modes. But it appears the alert slider is going to be sacrificed on the OnePlus 10T, following its disappearance from some of the Nord models. Explaining the rationale behind removing the sound profile slider, Hope Liu, lead designer at OnePlus, told The Verge that it was essential to free up some space inside the phone’s chassis.

In the words of the OnePlus executive, it was necessary to make space for fitting the requisite hardware for “high wattage charging, a large battery capacity, and better antenna signal.” The reasoning might sound a bit awkward for fans, and it doesn’t make a lot of sense either. If OnePlus was really chasing high-power charging capacity, it didn’t really need to sacrifice the alert slider.

The company’s phones already have a healthy lead over the competition when it comes to charging speeds. For example, the company touched the 45W charging speed mark a while ago, then reached the 65W stage, and has already delivered 80W charging on the OnePlus 10 Pro – all without killing the alert slider.

Offering the rumored 150W charging perk on the OnePlus 10 Pro just doesn’t make sense from a competitive – and price adjustment – perspective. Even when looking at the $1,000 price bracket, neither Samsung, nor Apple, has even touched the 50W mark.

OnePlus also touts the need for more space to fit a larger battery inside its upcoming phone. It would be interesting to see how much of a difference the absence of an alert slider makes when it comes to the battery capacity on the OnePlus 10T, and what upgrades it brings to the table when it comes to the connectivity side of things.