HomeNewsNvidia is trying to save itself from crypto’s collapse, but it may...
News

Nvidia is trying to save itself from crypto’s collapse, but it may not be able to 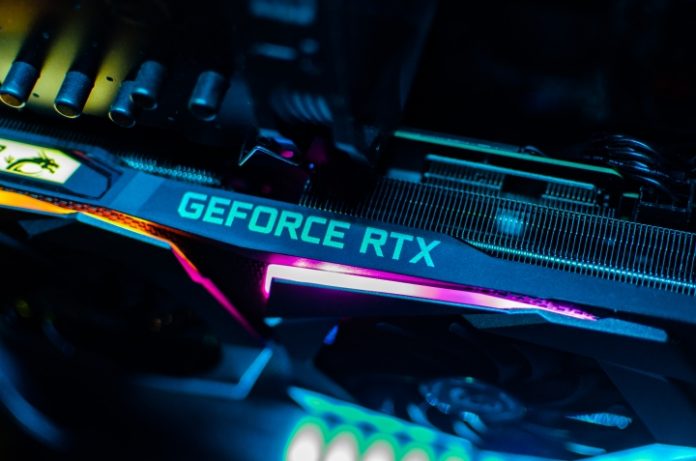 A new report shows that Nvidia, AMD, and Apple may all be trying to lower their chip orders from TSMC. This is a direct response to the lower demand for electronics we’ve been experiencing over the past few months (and the fall in GPU prices with crypto’s demise). Nvidia, in particular, is in a tough spot as it may not be able to reduce its orders.

If this proves to be true, it brings up a lot of things to consider. With AMD and Nvidia soon set to release the next generation of GPUs, will the lowered consumer interest result in a drop in prices, or will the potentially smaller supply simply mean there will be fewer next-gen graphics cards to buy?

The information comes from DigiTimes which cites its own anonymous industry sources. The report (translated by Twitter user RetiredEngineer) claims that AMD, Nvidia, and Apple, which are all TSMC clients, have tried to change their chip orders — but not all three have been successful.

Apple managed to cut down the initial shipment of iPhone 14 chips by around 10%. AMD, on the other hand, revised its orders for 7nm and 6nm wafers, reportedly lowering the amounts by around 20,000. This applies to shipments in the fourth quarter of 2022 and in the first quarter of 2023. However, AMD hasn’t changed its order for 5nm wafers intended for PCs and servers.

Nvidia seems to be in a sticky spot compared to the other two tech giants. It made prepayments to TSMC to secure their 5nm wafers for the upcoming RTX 4000-series of graphics cards. Now, facing a drastic drop in consumer demand, Nvidia tried to alter its order — but according to DigiTimes, TSMC wouldn’t budge. The companies came to an agreement where the first shipments will be delayed by one quarter, but Nvidia is now supposed to find replacement customers for TSMC’s vacated production capacity. A year ago, that would have been easy, but now, it might be nearly impossible.

After many long months of the GPU shortage, graphics card prices are now falling rapidly, and retailers and manufacturers alike are left with a surplus of GPUs that no one wants to buy. The second-hand market is flooded with used GPUs that did their time mining crypto and are no longer profitable to keep running due to the crash in the cryptocurrency market.

It’s not just graphics cards that have suddenly become far less sought after. According to a forecast by Gartner, worldwide PC shipments are on track to decline by 9.5% in 2022. The personal computer market is experiencing the steepest decline of all other device segments that Gartner analyzes, but mobile devices (tablets and phones) are also seeing a drop in shipments. Consumer PC demand is suffering bigger losses than business PC demand, amounting to 13.1% and 7.2% in 2022 respectively.

Will this affect the pricing of next-gen graphics cards?

Something many aspiring PC builders are wondering about is whether the current market situation will affect the pricing of Nvidia’s RTX 4000 graphics cards. Given that the company is currently experiencing a drop in demand and seems to predict that this downward trend is going to continue, it makes sense that it might also change the pricing of next-gen GPUs.

Unfortunately, it’s hard to say with any certainty what Nvidia might do in this situation. A year ago, we were in the midst of a market where the demand was much higher than the supply. That is no longer the case, and unless the crypto market miraculously recovers, we won’t be coming back to that for quite a while. With the world economy in a shaky place and inflation on the rise, lowering the pricing might be the only thing that would kickstart GPU sales again.

Nvidia still hasn’t announced the pricing of its next-gen graphics cards — but looking at the current generation gives us a bit of an idea of what to expect. AMD’s best graphics cards are cheaper than Nvidia across the board, so Nvidia wasn’t striving to be competitive in that regard this time around. It also still hasn’t lowered the prices for all the surplus GPUs it has laying around, and with the looming launch of RTX 4000, it’s high time that Nvidia tries to sell those off.

One thing is for certain — we’re finally in a buyer’s market. Whether you buy a new GPU or hold off for a little while to see the next generation hit the shelves, it’s refreshing to no longer see graphics cards hitting 300% of MSRP and selling out in seconds.