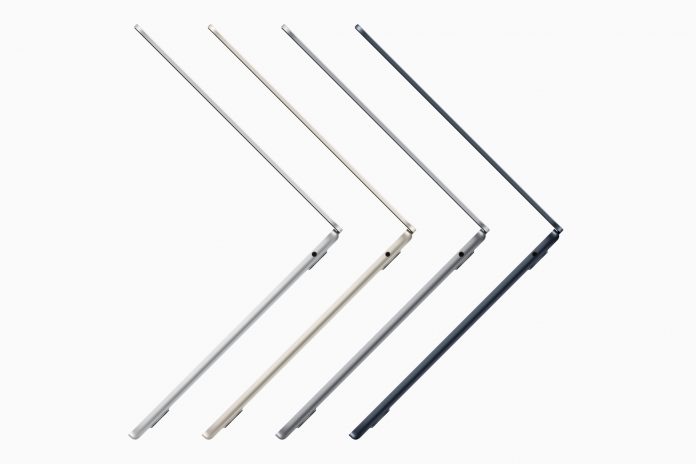 Apple on Friday opened pre-orders for the new MacBook Air with M2 chip through its website and the Apple Store app, and delivery estimates have already slipped for many configurations and color combinations in the United States.

The new MacBook Air will also be available to purchase at select Apple Store locations around the world starting July 15, but availability will likely be limited to the standard configurations. Pricing for the new MacBook Air starts at $1,199 in the United States. The previous MacBook Air with the M1 chip remains available for $999.