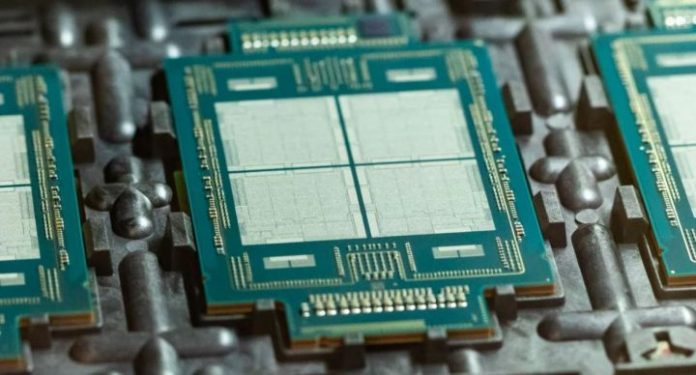 Although the next generation of Intel processors, Raptor Lake, has yet to be released, the company is already about to begin manufacturing its direct replacement — Meteor Lake.

Said to be more power conservative while still delivering a performance boost, the process node that will power up Meteor Lake is about to enter a crucial stage — volume production.

According to a new report from DigiTimes, the Intel 4 node is progressing well, and that spells good news for the 14th-gen Intel Meteor Lake. Even though we still have one whole generation of processors to go through before Meteor Lake swoops in to steal the spotlight, Intel is already preparing for that moment, with the Intel 4 node about to enter volume production as early as the second half of 2022.

Intel 4, also known as Intel 7nm, will deliver a host of changes compared to the current-gen Alder Lake and the upcoming Raptor Lake. The manufacturer recently talked about the new process and the upgrades expected from Intel Meteor Lake as part of the 2022 IEEE Symposium on VLSI Technology & Circuits  The plan is for Meteor Lake to pack a lot more punch for the same power. This is a welcome change from Raptor Lake, which is now expected to require as much as 260 watts of power.

With Meteor Lake, Intel is clearly trying to balance things out, and as such, the CPUs are said to deliver a 20% upgrade in performance at the same power requirements as the previous generation. Meteor Lake may also offer an up to 40% reduction in power usage when used at the same frequency as its predecessor.

The Intel 4 node will be the first to utilize extreme ultraviolet (EUV) lithography in order to simplify the manufacturing process. Intel boasts a 5% reduction in process steps, as well as a 20% lower total mask count as a result of using EUV. Intel will also utilize the Foveros 3D packaging technology. All of this adds up to a brand-new architecture for Meteor Lake, complete with a four-tile setup joined by TSV (through silicon-via) connections.

The fact that Intel is already about to enter volume production with Intel 4 bodes well for the chip. We’ve already known that Meteor Lake is set to release sometime in 2024 and, so far, it seems that Intel is on track to meet that deadline. Once complete, the new Intel 4 will be found inside not just the consumer-level CPUs, but also inside Intel Granite Rapids, which are high-performance chips made to tackle the heaviest workloads that are often found in servers and data centers.

Before Intel ever gets to Granite Rapids, the manufacturer has two more enterprise chips coming right up — Sapphire Rapids and Emerald Rapids. Unfortunately, it seems that Sapphire Rapids may not be doing as well as Meteor Lake, seeing as Intel recently announced the second delay of the release of the chip.

If Intel Meteor Lake proves to be as timely and impressive as it seems right now, it won’t give Raptor Lake much time, or chance, to shine. However, there is still plenty to be excited for later this year, with a true showdown of the best CPUs coming up as the battle between Intel Raptor Lake and AMD Ryzen 7000 will commence.