HomeNewsIntel adds another piece to the Arc puzzle, but the most important...
News

Intel adds another piece to the Arc puzzle, but the most important parts are missing 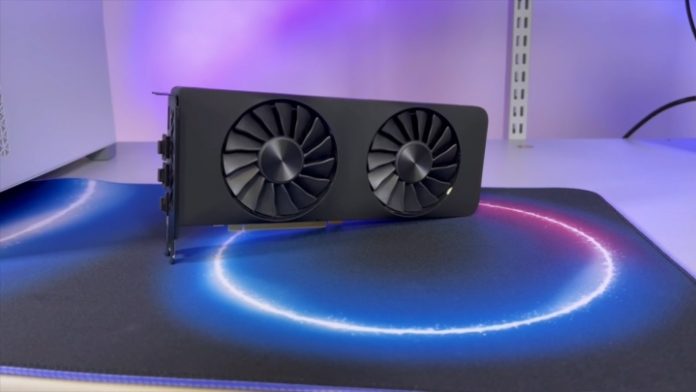 Intel has just released another video promoting the Arc Alchemist graphics card lineup, or more precisely, the Arc A750. Referred to as “limited edition,” the card was able to hit high frame rates in Death Stranding at both 4K and 1440p.

The company has also used this opportunity to talk about the card’s capabilities, such as its support for variable refresh rates (VRR), HDR, and HDMI. However, the most important pieces of the puzzle are still missing.

As promised, Intel continues lifting the veil of mystery on its first discrete graphics card lineup: Intel Arc. The company has just shared its second video in which Intel’s Ryan Shrout promotes the Arc A750 by showing off how it runs in a gaming scenario. Shrout also talked about the GPU and the technologies it will support.

Throughout the video, we see the Arc A750 (paired with a Core i9-12900K processor and an Asus ROG Maximus Z690 Hero motherboard) tackling Death Stranding with remarkably good results. The game is being played at the “default” preset, so not the highest settings available, but the Arc A750 does manage to hit high frame rates, ranging between 85 and 100.

Two monitors were used for the purpose of testing: a 4K 120Hz Acer model and the stunning Alienware QD-OLED display. In the case of the Acer, Intel was showing off Arc’s VRR capabilities. It seems that Intel Arc will be fully VRR-compatible, and as seen in the video, the frames per second (fps) run in perfect sync with the monitor’s refresh rates. Hitting around 90 fps in 4K in Death Stranding certainly bodes well for the card. To make sure that variable refresh rates run well on Intel Arc, the team will be validating over 100 of the best monitors that support the technology.

We now know that Intel has implemented a “tier list” that classifies games based on how well they work with Intel Arc. Seeing as the GPUs are optimized for DirectX 12, and Death Stranding is a DX12 title, it’s probably one of those top-tier games that Intel Arc is equipped to handle.

Shrout also showed the game’s performance in HDR, this time at 1440p. It’s hard to tell just how well it improves the visuals, but the gameplay appears to be smooth. Intel also went into detail as to the card’s support for HDMI 2.1, explaining that the limited edition will fully support HDMI 2.1. Manufacturers will also be able to install a protocol converter to convert a DisplayPort 1.4 into HDMI 2.1.

It’s time for a release date

All in all, it’s nice to see Intel Arc continue to do a good job in gaming, following what seemed to be a long streak of less-than-impressive benchmark results. Unfortunately, the above reveal — while interesting in its own right — is not quite what we need at this point. With both AMD and Nvidia set to release new GPUs in the next few months, it’s more important than ever for Intel to launch Arc Alchemist.

Any reliable information regarding the global release dates, pricing, and specifications of these graphics cards would go a long way. As demonstrated by the comment section under Intel’s latest YouTube video, there are people who are excited about the launch of Intel Arc — let’s hope that Intel can match those expectations by delivering some solid teasers soon enough.