HomeNews​​Hey Samsung, what the heck is happening with the Galaxy Watch 5?
News

​​Hey Samsung, what the heck is happening with the Galaxy Watch 5? 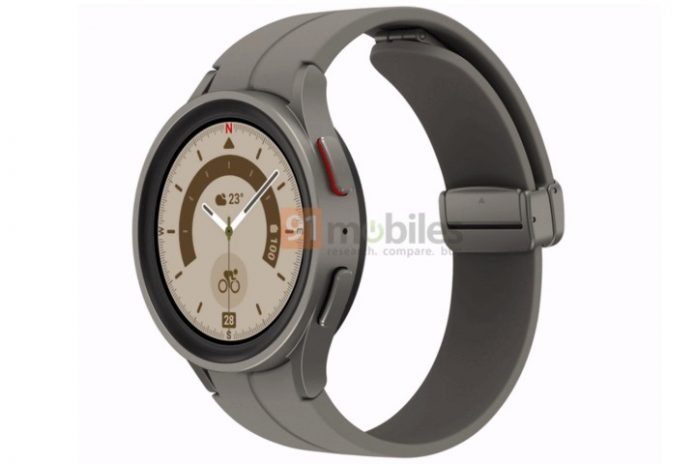 Last week, reputed tipster Evan Blass shared renders of the upcoming Galaxy Watch 5 and Galaxy Watch 5 Pro. It revealed a surprising decision: Samsung is ditching the only hardware feature that made its smartwatch stand out from all the other wearables in the market.

Here’s a closer look at what’s changing with the Galaxy Watch 5, and why I think it’s an adverse design choice for the Android smartwatch segment as a whole.

With the Galaxy Watch 4, Samsung followed the Galaxy Watch 3 design language and launched two variants of its wearable – standard and Classic. The latter included a physical rotating bezel that could be used for navigating the system UI. When rotated, the hardware gives feedback with vibration, making it an intuitive and unique way of navigation.

While the standard Galaxy Watch 4 missed out on the physical rotating bezel, it still allowed users to uniquely navigate the interface by touching the bezel borders. In a world where most smartwatches look identical to each other, having an original design element like that is a big deal.

However, if the rumors are to be believed, Samsung is ditching the physical rotating bezel on the Galaxy Watch 5 lineup — making the watch look indistinguishable from rising competition. With this change, you’re likely to be limited to touch, tap, and swipe gestures for navigating menus — alongside two physical buttons on the side. It’s a functional design, but it’s also one we’ve seen over and over again.

Why drop the only thing that was setting you apart?

As I said above, it’s a surprising design choice. The rotating bezel has long been one of Samsung’s most iconic design elements for the Galaxy Watch series. Why drop it now? There are two possible reasons I can think of.

First, just like 3D Touch on the Apple iPhones, maybe Galaxy Watch owners didn’t know about the existence of a physical rotating bezel on the Classic models, or they didn’t use it much. After all, most of our interaction with screens is by touch, tap, and swipe — whether it be our smartphones or larger-screen tablets. Only Samsung has the data to know how many people actually used the feature and didn’t simply find touch controls more intuitive.

Second, as fellow Digital Trends contributor Nadeem Sarwar wrote, the merger of Tizen and Wear OS might have made things tough for the rotating bezel. Samsung could have come across difficulties creating specific functionalities for each app on the Google store. And instead of opting for per-app optimization, Samsung chose to omit it. For better or worse.

There are prominently two popular smartwatch designs – rectangular dial (Apple Watch) and circular dial (Galaxy Watch 4, Amazfit GTR 3, Garmin Vivomove Sport, and more). There’s not much you can do on a circular dial to set it apart from the rest of similar-looking smartwatches. This is exactly why the physical rotating bezel is so important. It is like the DNA of the Samsung smartwatches. And with the Galaxy Watch 5, Samsung is trying to change its DNA.

The Galaxy Watch 5 Pro design looks boring with those broad bezels and two buttons on the right edge. When I first saw the render, the Moto 360 was the first smartwatch that came to my mind. Eight years ago, the original Moto 360 not only offered slimmer bezels than most of today’s offerings but it also distinguished itself with the flat-tire design. We need more innovation like that. Not necessarily a Moto 360 copycat, but smartwatch designs that aren’t afraid to try something different.

I’m sure the Galaxy Watch 5 series will sell in decent numbers — it is the go-to Apple Watch competitor for Android users. I can go on and on about how disappointed I am with the missing rotating bezel, but it’ll be interesting to see how consumers – people outside of the tech fraternity – react to it.

The new design might seem like a huge deal for tech enthusiasts, but we make less than a fraction of the entire market. If the average joe doesn’t mind — and Samsung can save some cash without the bezel — that probably makes sense. But that doesn’t mean I have to like it.

Facebook
Twitter
Pinterest
WhatsApp
Previous articleGPUs are now up to 38% under list price, but is it time to shop?
Next article5 early Prime Day deals you can’t afford to miss at Walmart today
- Advertisment -