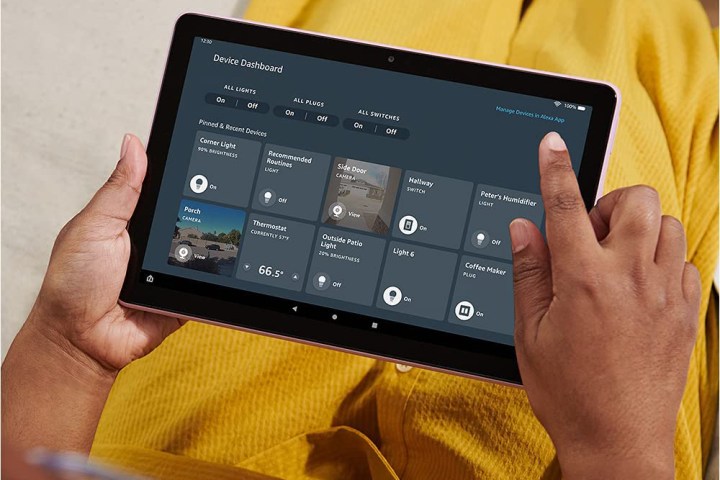 This Amazon Fire HD 10 Prime Day deal is the affordable alternative to Prime Day iPad deals, with a that halves the tablet’s price to $75 from its original price of $150. For a cheap but reliable tablet, you can’t go wrong with the Amazon Fire HD 10, especially with this discount.

Why you should buy the Amazon Fire HD 10

If you’ve been looking forward to Amazon’s Prime Day deals for a chance to buy a dependable tablet with a massive discount, this Amazon Fire HD 10 Prime Day deal may be what you’ve been waiting for. Between the 2019 Fire HD 10 and 2020 Fire HD 8, the previous version of the Fire HD 10 already won the comparison because of its larger screen with higher resolution and slightly stronger performance. The 2021 Fire HD 10 further builds on the tablet’s advantages, with improved performance through an octa-core processor with 3GB of RAM, plus 32GB of storage that should be more than enough space for your favorite apps — though you can expand it by up to 1TB through a microSD card. You can download streaming services like Netflix, social networks like Facebook, and communication apps like Zoom through the Amazon Appstore.

The latest Fire HD 10 features a 10.1-inch display with Full HD resolution that’s 10% brighter compared with the tablet’s previous generation and a battery that can last up to 12 hours on a single charge. One of the primary features of the Fire HD 10 is its hands-free operation of Amazon’s Alexa. Just say “Alexa” to alert the digital assistant, then you can issue voice commands for functions such as searching for information, launching apps, controlling connected smart home devices, and making calls. For your privacy, you can delete your voice recordings and deactivate Alexa’s hands-free mode at any time.

All these features and specifications still won’t place the Fire HD 10 in line with the high-end models of the best tablets, but for people who just want a mobile device that’s larger than their smartphone for simple functions like watching streaming content, joining video calls, and browsing social media, it’s more than enough. It doesn’t hurt that it’s currently available for half its sticker price from Amazon, so you can even afford to buy multiple units to give to your family members.

While Amazon’s Prime Day tablet deals also include models from Samsung and Microsoft, you should be looking at this Amazon Fire HD 10 Prime Day deal if you’re on a tight budget. The offer may last until the end of Amazon’s annual shopping event, but just to make sure that you don’t miss out, you might want to add the tablet to your cart and check out as soon as you can.