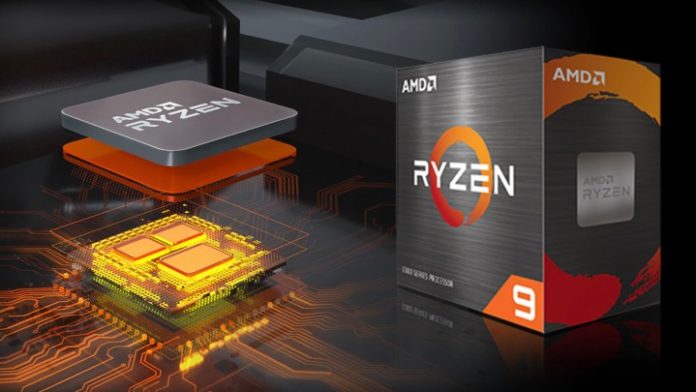 Building a PC from scratch has been tricky for the past couple of years, all due to the chip shortage. Although GPU prices were affected the most, some of the best processors were pretty scarce and often overpriced, too. As a result, many desktop enthusiasts were dissuaded from trying to build a new rig until the prices and stock levels finally normalize.

It’s safe to say that, after months of putting it off, the time has finally come. The prices are falling, and with Prime Day deals in full swing, right now is the best time to start working on your new build. The discounts are aplenty, but the time is running out, so be quick to grab them while they’re still around. There are a few noteworthy processors up for grabs, but our favorite is certainly the Ryzen 9 5900X. With a 36% discount, this AMD beast has never been cheaper.

The AMD Ryzen 9 5900X is a powerful CPU, certainly amongst the best AMD processors to hit the market so far. It’s a great fit for gamers who want a solid CPU that will last them for a good few years. While it’s true that both AMD and Intel are soon releasing the next generation of processors, this current gen will stay relevant for a good while — and you’re getting great value for your money if you shop now while the deals are still in place.

If you’re looking for something a little more budget-friendly, there is another AMD Ryzen option to check out — the Ryzen 7 5800X, with 8 cores and 16 threads as well as a 4.7GHz maximum clock speed. That one is priced at $274, down from $450, which makes a 39% discount. In the event that you’d rather save that extra $100 and get the cheaper CPU, rest assured that the Ryzen 7 5800X is still a worthy CPU that will fit nicely into any gaming setup. It’s not as good as the Ryzen 7 5800X3D, but it’s also a lot less pricey.

Intel has more processors on sale than AMD does right now, and some of them are the latest Alder Lake CPUs with support for DDR5 RAM and PCIe Gen 5.0. Those picks will serve you well if you’re looking to pair them with one of the latest motherboards and future-proof your upcoming rig.

The best deal for an Intel processor right now is definitely the 12th-Gen Intel Core i5-12600KF. While not as powerful as the Ryzen 9 5900X, it’s still heavily discounted, now priced at $217 versus the usual $310. This CPU serves up a total of 10 cores based on Intel’s hybrid Alder Lake architecture, which adds up to six performance cores and four efficiency cores, as well as a maximum clock speed of 4.9GHz. It’s a solid gaming CPU that will suffice in a high-end build and will shine in a mid-range PC. Keep in mind that it requires discrete graphics, so some of our best Prime Day graphics card deals should come in handy.

Unfortunately, this is the only current-gen Intel CPU that’s here to benefit from Prime Day discounts, but there are some gems to pick out if you don’t mind trying out an older generation. There’s the Core i5-11600KF, now just $178, and it’s still not bad at all — but if you’re able to, the Alder Lake offering will be the superior choice. The Core i7-11700K is a better, albeit slightly more expensive 11th-Gen alternative.

If you’re not after top-shelf stuff and just want something that will power up a budget PC, you might like the Intel Core i3-10100, now under $100 with a $95 price tag. It’s not going to blow your mind, but it will suffice for both light gaming and simple day-to-day use.

These deals won’t last much longer. Prime Day is coming to an end, and although the prices of PC hardware are better now than they were at the peak of the GPU shortage, it’s still best to take advantage while you still can.

Windows 11 is testing a major change to the taskbar