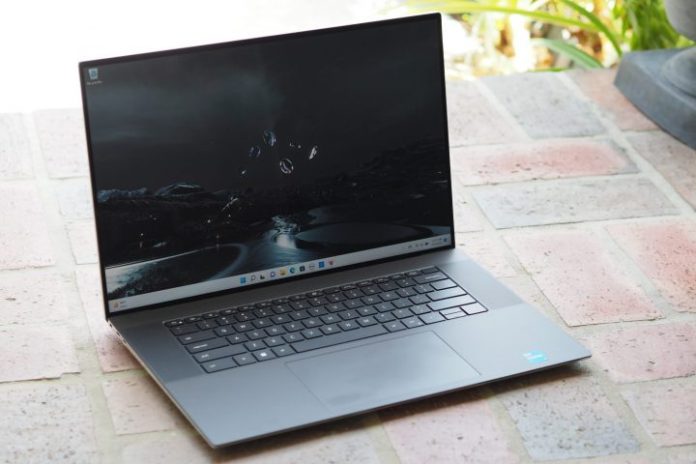 The 17-inch laptop is a special breed of machine. It offers the largest mainstream display you can buy without going the exotic route, and its large chassis tends to favor better performance thanks to improved thermal designs. Two of the best 17-inch machines are the Dell XPS 17 and the Razer Blade 17, both of which have been updated with Intel’s 12th-gen CPUs.

In some ways, these are similar laptops, while in others, they’re quite different. The XPS 17 is intended for a mainstream creator audience that wants a large display to work on and good enough performance to run demanding creative tasks. The Blade 17 is a gaming laptop and can be configured accordingly. They’re both excellent options, but which one is right for you?

The XPS 17 enjoys the now-iconic XPS design, with a silver aluminum lid and bottom chassis and black carbon fiber lining the keyboard deck. The aesthetic is streamlined and modern, with tiny display bezels creating the impression that the display is floating in air. It’s one of the best-looking laptops on the market today without being ostentatious. It’s also incredibly well built, with no bending, flexing, or twisting in the lid, keyboard deck, or chassis, and the hinge is smooth while holding the display firmly in place. Dell paid attention to the little details in designing the XPS 17, and it shows.

The Blade 17 is also an incredibly robust laptop, constructed of all aluminum and being just as rigid as the XPS 17. It also enjoys a streamlined design with an all-black chassis that looks like a darker version of a MacBook Pro. Besides the green Razer logo on the lid, the Blade 17 doesn’t look much like a gaming laptop and can be used in professional environments. It doesn’t enjoy the same small display bezels as the XPS 17, and so, in that respect, it isn’t quite as modern.

The XPS 17’s keyboard is all-business, with tons of key spacing and large keycaps. The switch mechanism is light but snappy, providing a precise bottoming action with a great response. It’s an excellent keyboard for long-term typing sessions. The Blade 17’s keyboard is also nicely sized and has comfortable switches and per-key RGB lighting that fits the gaming ethos. Neither laptop has a strong advantage here.

The touchpads are a different story. The XPS 17’s version is large and works perfectly, with excellent palm rejection despite the large size and smooth tracking. The Blade 17’s version is large as well, but we found the palm rejection to be bad, with frustrating instances of unintentional clicks and cursor twitches. The XPS 17’s touchpad is much better.

According to our benchmarks, these two machines were evenly matched in CPU-intensive tasks. The XPS 17 was faster in Geekbench 5 multi-core but slower in single-core, while that was reversed in Cinebench R23. The laptops completed our Handbrake test that encodes a 420MB video as H.265 within a second of each other. Both laptops have thin chassis and demonstrated some thermal throttling, which likely accounts for the similarity in their performance on these benchmarks, despite the differing CPUs.

In the Pugetbench Premiere Pro benchmark that runs in a live version of Adobe Premiere Pro, the Blade 17 benefitted from its much faster Nvidia GeForce RTX 3080 Ti versus the XPS 17’s RTX 3060. Premiere Pro heavily uses the GPU for rendering and other tasks, and it’s no surprise that the Blade 17 was the leader here. I’ll note that the XPS 17’s score jumped to 853 in its performance mode, which is excellent, considering the disparity.

As you might expect, the Blade 17 is the better gaming laptop with its RTX 3080 Ti that’s capable of 4K gaming at reasonable graphics settings. The XPS 17 can handle some titles at 1440p and medium graphics, but your best bet will be to stick with 1080p and then crank up the graphics.

The bottom line is that the XPS 17 and Blade 17 are evenly matched if your workflow involves mostly CPU-intensive tasks. If you’re a gamer or use GPU-dependent apps, then the Blade 17 has the advantage.

We tested the XPS 17’s UHD+ IPS display, one of the best IPS panels we’ve seen. It was incredibly bright at 543 nits, covered 100% of the AdobeRGB color gamut, and boasted a phenomenal accuracy of a DeltaE of 0.58 (1.0 or less is considered excellent). It also achieved a contrast ratio of 1,870:1, one of the best scores we’ve seen on an IPS display. Our review Blade 17 equipped a QHD display running at a superfast 240Hz. That makes it great for gaming, but its general display metrics were well below the XPS 17’s. Its colors were reasonably wide and very accurate, but its brightness was just average, and its contrast is below average for a premium laptop (we like to see at least 1,000:1).

We haven’t tested the other Blade 17 display options, but at least based on the panel we tested, the XPS 17 is by far the superior laptop for creators. In fact, the XPS 17 has the best display we’ve tested outside of OLED, QLED, and mini-LED, giving it a win in this category.

The XPS 17 is narrower and shallower than the Blade 17, thanks to its smaller display and tiny bezels. It’s almost equally thin at 0.77 inches versus 0.78 inches, and it’s noticeably lighter at 5.34 pounds versus 6.06 pounds. These laptops are large and heavy and will be a chore to lug around, but the XPS 17 has a meaningful advantage in size and weight.

Another XPS 17 advantage is in its battery life. It fell short of the average in our web browsing test that cycles through some popular and complex websites, but its 7.5 hours more than doubled the Blade 17’s performance on this test. In our video test that loops a local Full HD Avengers trailer, the XPS 17 was more than three times as efficient, lasting for a strong 13 hours.

The XPS 17 may not quite make it through a full day of productivity work, but it will last considerably longer on a charge than the Blade 17. Overall, it’s the more portable powerhouse.

The Dell XPS 17 is the better mainstream laptop

For most buyers and all but the most demanding creators, the Dell XPS 17 is the better all-around laptop. It performs as well as the Razer Blade 17 at CPU-intensive tasks and is fast enough to handle typical creative workflows. it also has significantly better battery life. However, if you’re a gamer or very demanding creator, the more expensive Blade 17 offers more GPU power at the high end.