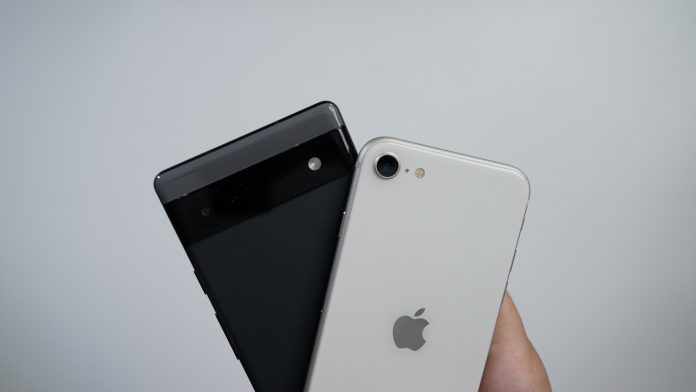 Google last week launched the Pixel 6a, a $449 budget smartphone that’s designed to compete with more affordable smartphones like Apple’s iPhone SE. We picked up a Pixel 6a to see how it measures up to the iPhone SE in terms of design, performance, and camera technology.

Subscribe to the MacRumors YouTube channel for more videos.
The Pixel 6a has a 6.1-inch 1080p OLED display, which means it’s quite a bit larger than the 4.7-inch ‌iPhone SE‌. The Pixel 6a’s display is higher quality as well because the ‌iPhone SE‌ is still using years-old LCD technology. 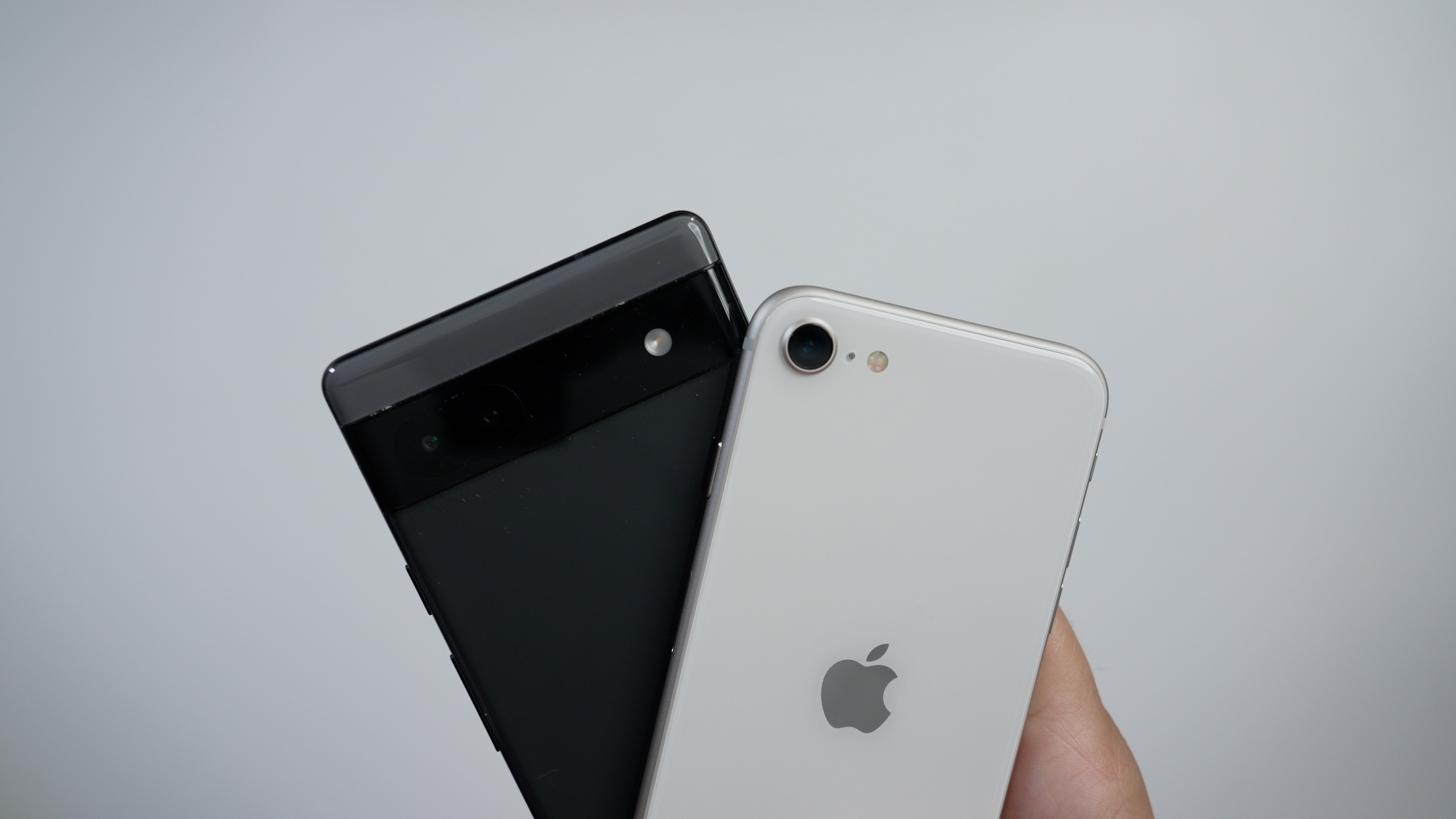 Compared to the Pixel 6a, the ‌iPhone SE‌ looks dated. It has thick bezels at the top and bottom, while the Pixel 6a is using a much more modern hole punch design for the camera, with minimal bezels. The ‌iPhone SE‌ does have a Touch ID Home button that’s superior to the under-display fingerprint sensor in the 6a, which was slow and inaccurate in our testing. 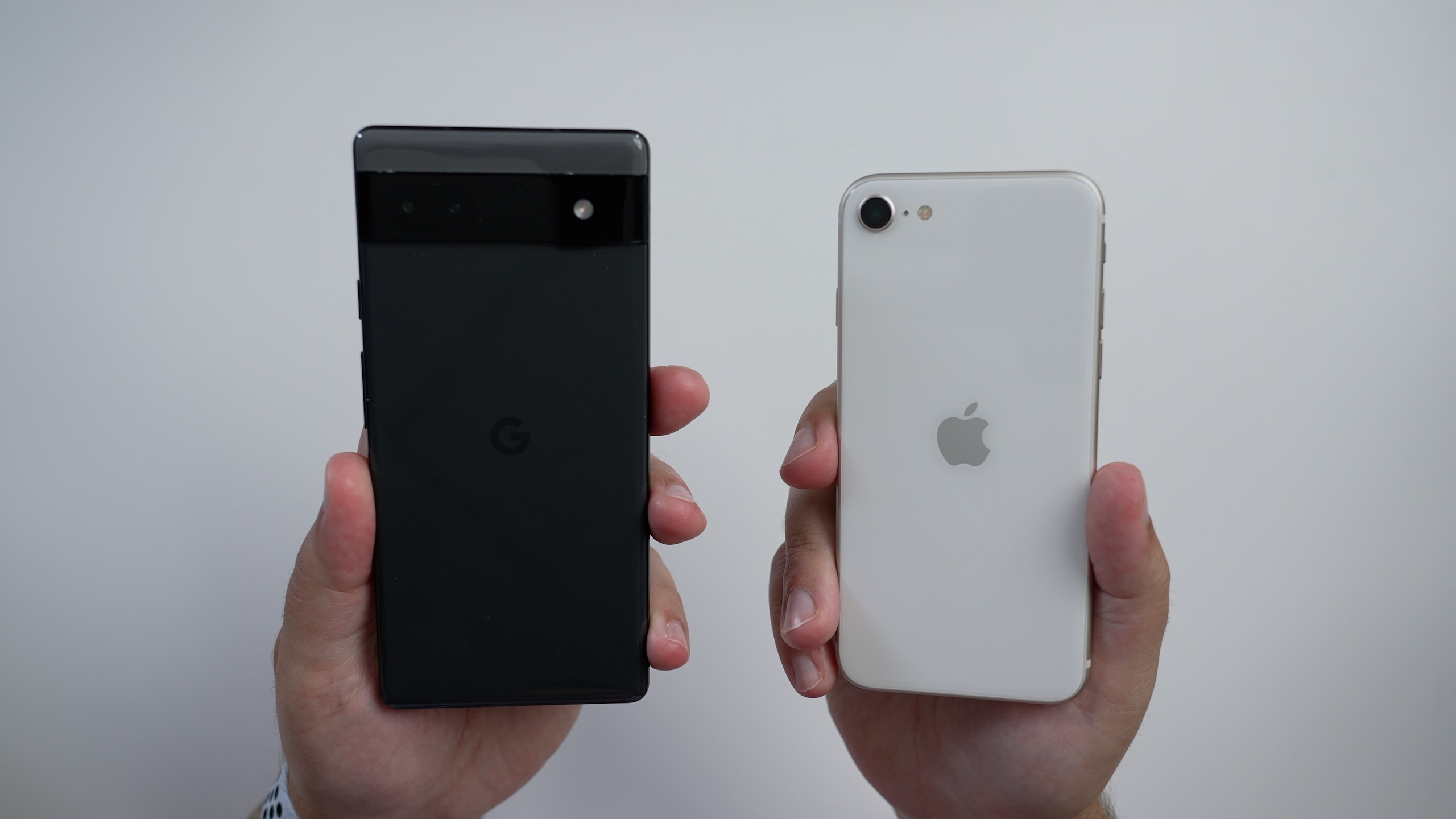 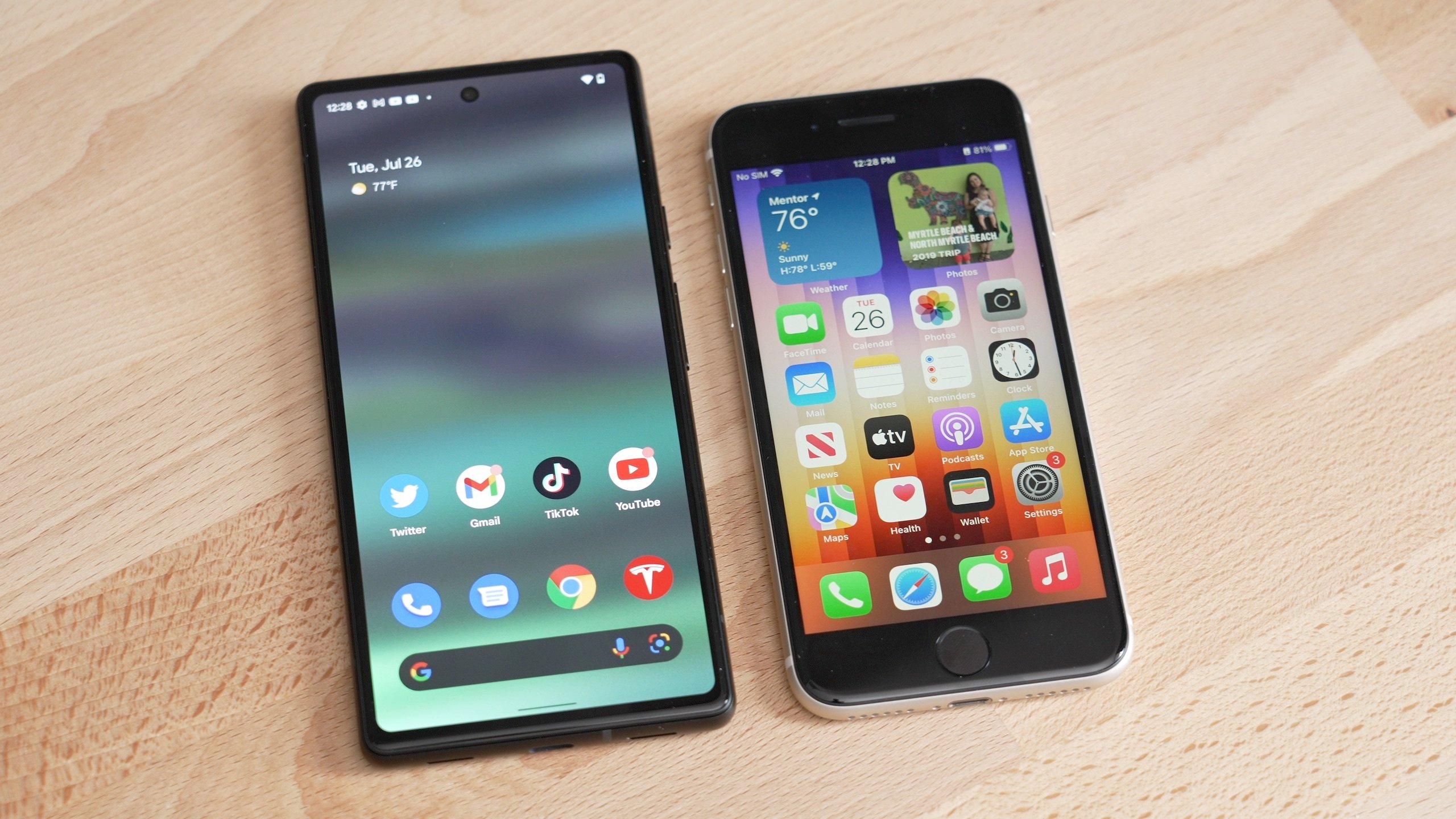 Apple put its latest A15 chip in the ‌iPhone SE‌, while the Pixel 6a is using a Google-designed Tensor chip. It’s difficult to make a one-to-one comparison because of the software differences between the two devices, but both felt fast with no performance issues or hiccups.

As for the camera setups, the ‌iPhone SE‌ has a single Wide lens, while the Pixel 6a has both a standard wide-angle lens and an ultra wide-angle lens. We did a photo session with both smartphones, and as we often find with modern devices, both cameras performed admirably with just a few differences between them. In lower lighting situations indoors, the Pixel 6a produces images that are more in line with the real look, while the ‌iPhone SE‌ will brighten things up a bit more. The ‌iPhone SE‌ trends warmer, with photos from the Pixel 6a coming out more neutral in tone. 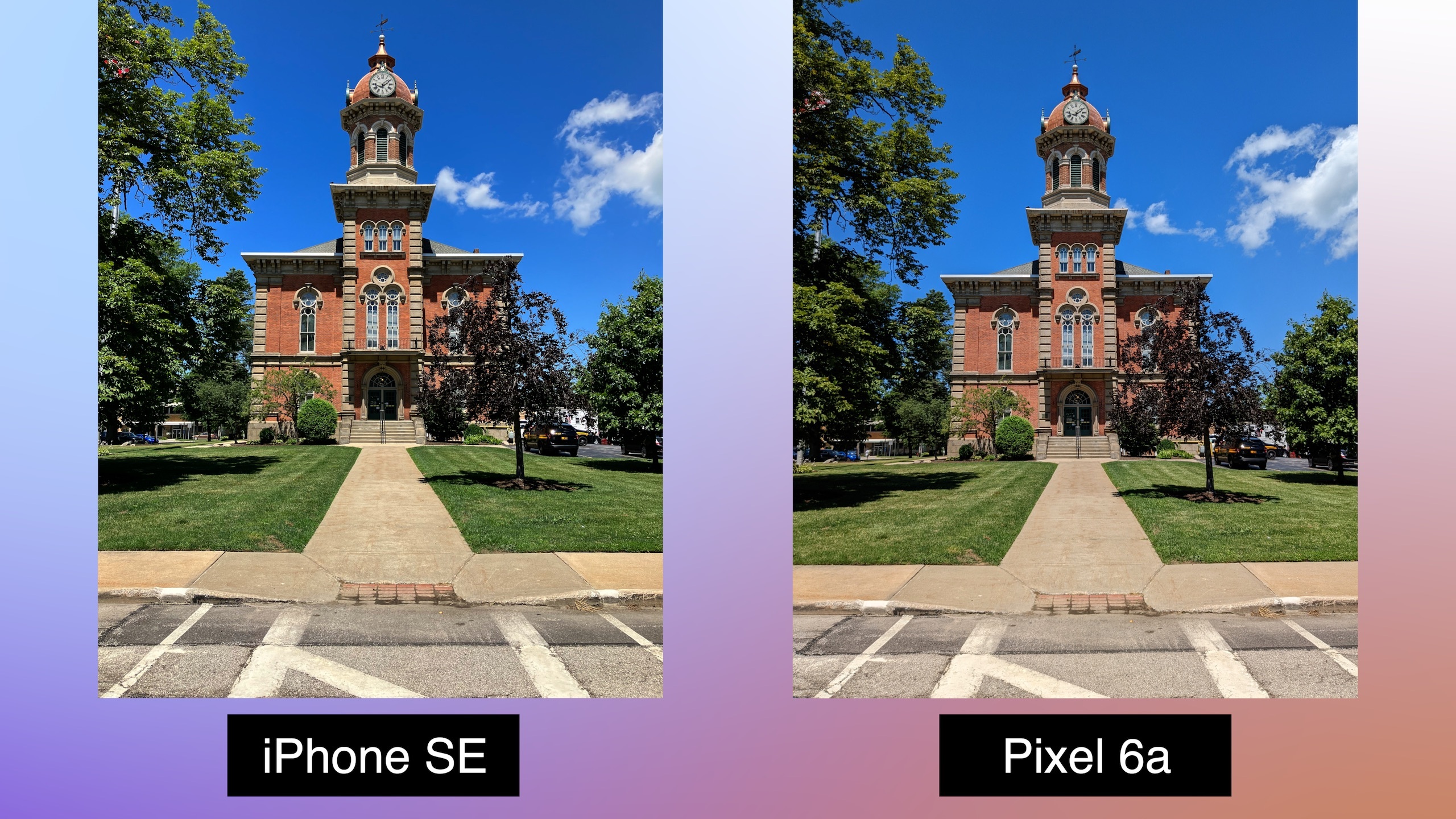 With images that have bright colors, the ‌iPhone SE‌ tends to have more vibrancy and sharpness, but when it comes down to it, both are high quality and choosing one is a matter of preference. 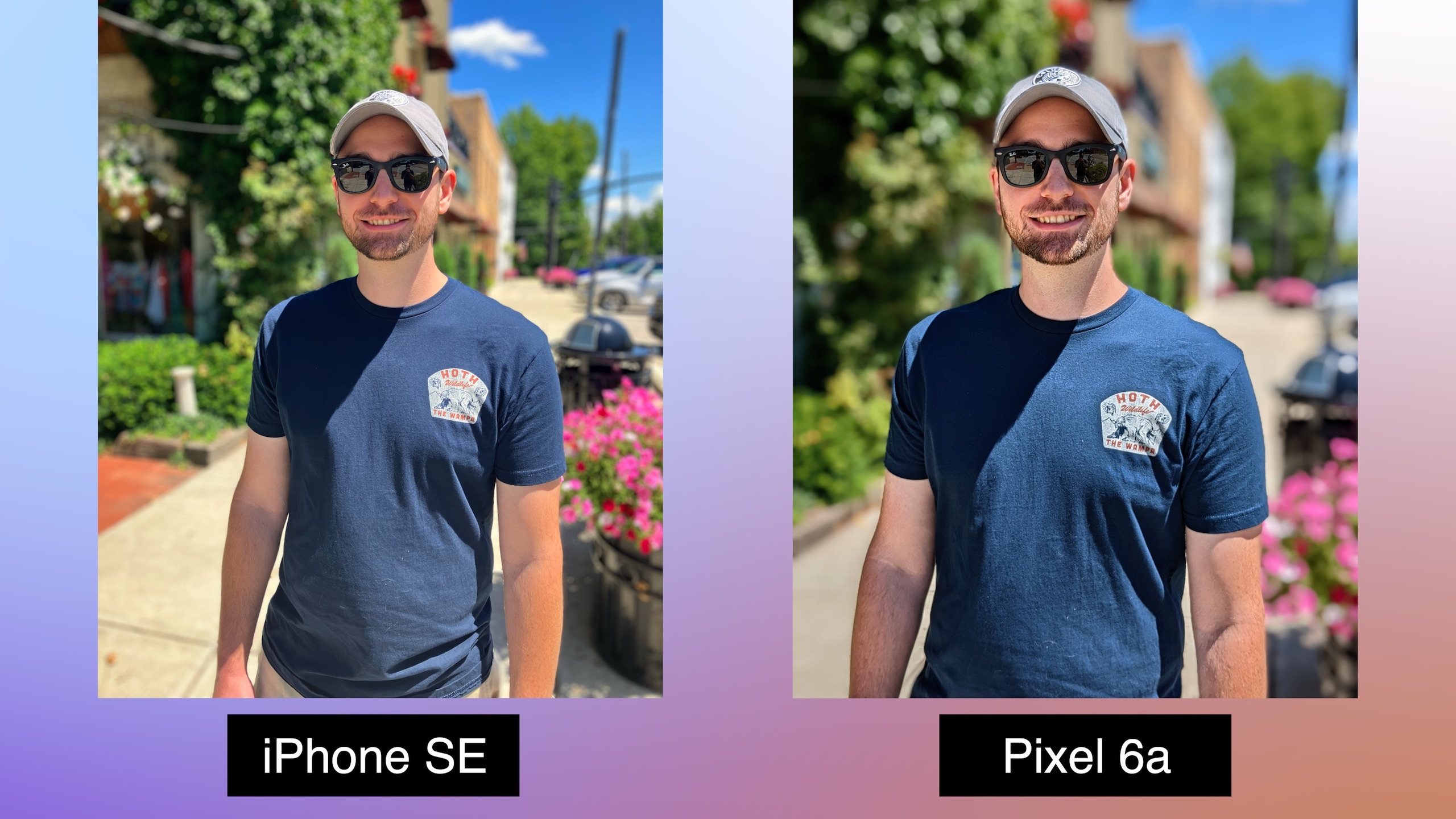 As for Portrait mode, the Pixel 6a just does a better job. There’s strong bokeh with sharp edges, better color accuracy, and no blurring of parts of the photo that aren’t meant to be blurred. Both smartphones also have selfie cameras that offer similar performance. 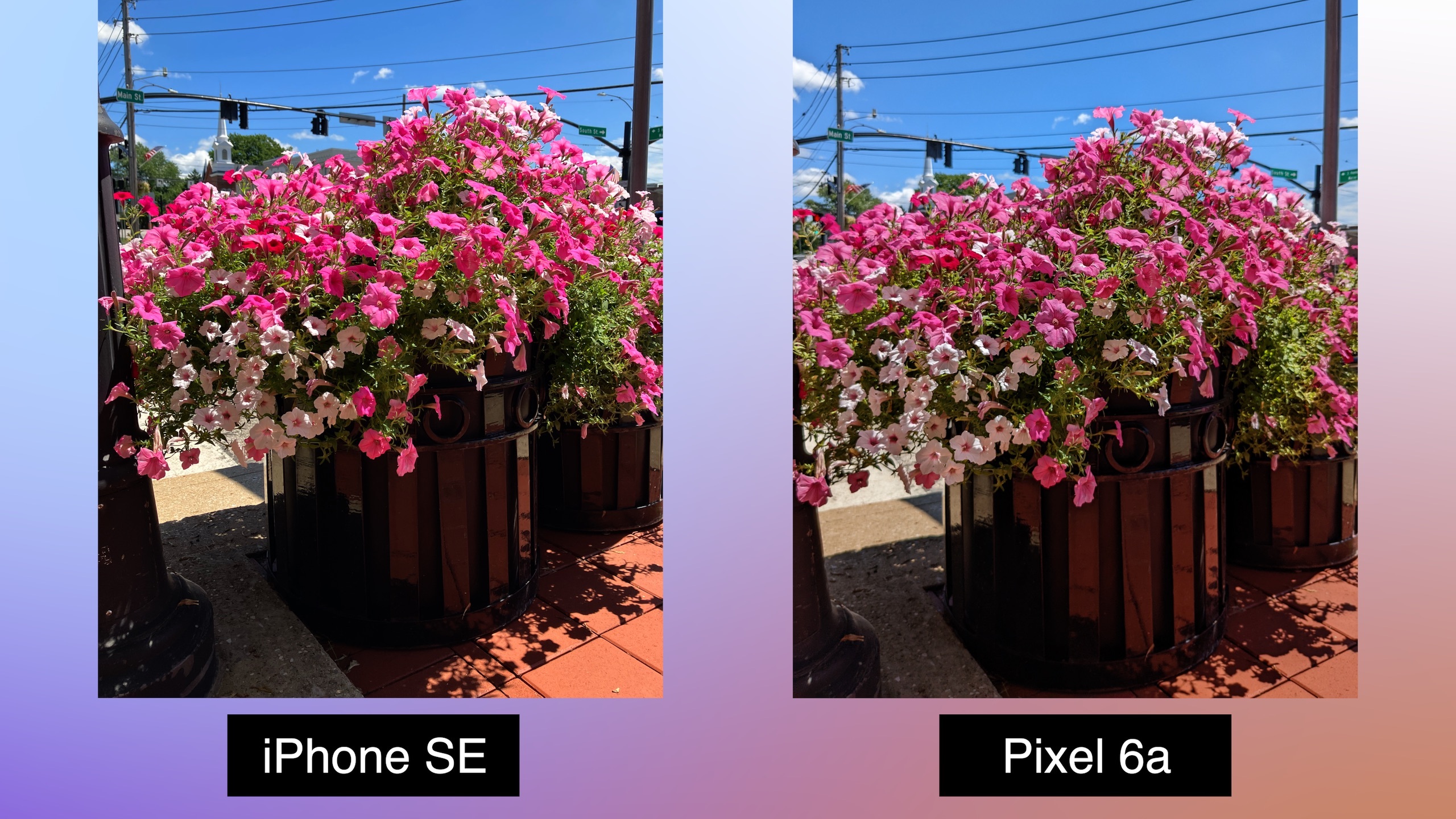 If you’re not locked into Apple’s ecosystem and are looking for an affordable smartphone with a modern feature set, the Pixel 6a wins out over the ‌iPhone SE‌ hands down, with perhaps the exception of the processor. The Pixel 6a runs Android, though, so it’s not ideal for those who are Apple device owners, and it’s also not the best choice for those who prefer smaller smartphones because of its 6.1-inch size.

What do you think of the Pixel 6a? Let us know in the comments.Tags: Google, Google Pixel
This article, “Budget Smartphone Comparison: Google’s $449 Pixel 6a vs. Apple’s $429 iPhone SE” first appeared on MacRumors.com