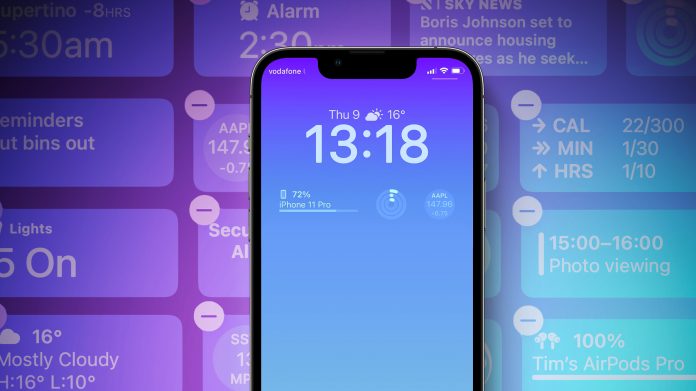 Apple today seeded revised versions of the third betas of iOS 16 and iPadOS 16 to developers for testing purposes, with the updates coming a week Apple released the third developer betas. The beta revision comes alongside the first public betas of ‌iOS 16‌ and ‌iPadOS 16‌, and it features a version number of 20A5312j.

Registered developers can download the iOS and ‌iPadOS 16‌ profiles from the Apple Developer Center, and once installed, the betas will be available over the air.

‌iOS 16‌ introduces a revamped Lock Screen that offers a new level of personalization and customization through widgets, a notification redesign, and adjustable fonts and colors for the time. Multiple Lock Screens are supported, similar to watch faces, and can be associated with Focus modes.

Focus is easier to set up than before and more customizable, with Focus filters available to cut out distracting content within apps. The Messages app now features tools for editing a iMessage, unsending an iMessage, and marking messages as unread, plus it supports SharePlay, much like FaceTime.

The Mail app has improved search and tools that include undo send, schedule send, and follow up so you can get a reminder to check up on an email if you haven’t gotten a response. Safari supports Shared Tab Groups and Apple is working to replace passwords with Passkeys, a more biometrically secure way to log in to accounts.

iCloud Photo Library allows users to more easily share photos with family members, and Live Text is supported in video. There’s a neat new feature for lifting the subject from a background with a tap, which is part of Visual Lookup.

Dictation has improved, Maps now supports multi-stop routing, Apple Pay Later lets you split up purchase payments, and the Home app has been entirely overhauled with a new look. On the iPad, the update adds a new Stage Manager feature for more Mac-like multitasking, but it’s limited to M1 iPads.

There are tons of other new features in ‌iOS 16‌ and ‌iPadOS 16‌, with a full rundown on everything available in our dedicated roundup.
This article, “Apple Releases Revised Third Betas of iOS 16 and iPadOS 16 to Developers” first appeared on MacRumors.com

This tiny sensor is about to change your phone camera forever