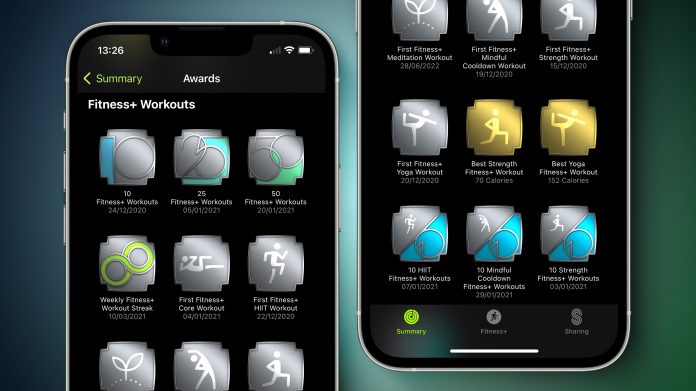 In iOS 15, activity awards are earned by completing specific challenges, such as hitting a new Move ring record, having a perfect exercise week, or reaching 100 Move goals. The awards can be achieved both with and without Fitness+ workouts, but in ‌iOS 16‌, Apple is offering a new way for users to celebrate their Fitness+ achievements.

The new awards, added in the third developer beta of ‌iOS 16‌, relate to specific Fitness+ workouts and categories and are identifiable by their unique shape.

The awards are available retrospectively for completed Fitness+ workouts that have met an award’s criteria, but users may not see the new awards on their devices until they complete their next Fitness+ workout.

Beyond new activity awards, ‌iOS 16‌ brings the Fitness app to all iPhone users, even if they don’t use an Apple Watch, allowing them to set up a daily Move goal and see how their active calories help to close their Move ring.