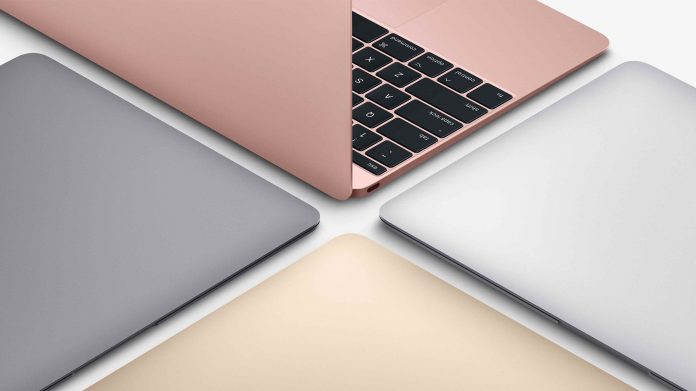 Today marks the third anniversary of Apple discontinuing the 12-inch MacBook. The portable notebook was removed from Apple’s online store on July 9, 2019 alongside refreshes to the MacBook Air and 13-inch MacBook Pro on the same day.

Introduced in March 2015, the 12-inch MacBook featured a thin and light design that weighed just two pounds, and it was also Apple’s first fanless notebook. Pricing started at $1,299, with the original model’s standard specs including a 1.1GHz dual-core Intel Core M processor, integrated Intel HD Graphics 5300, 8GB of RAM, and a 256GB SSD.

Key design aspects of the 12-inch MacBook included a single USB-C port for charging and data transfer, a then-new Force Touch trackpad, and a terraced battery design that allowed for a larger battery to fit inside the notebook’s thin chassis.

“Apple has reinvented the notebook with the new MacBook,” said Apple’s former marketing chief Phil Schiller, in a March 2015 press release. “Every component of the MacBook reveals a new innovation. From its fanless design, ultra-thin Retina display and full-size keyboard that’s 34 percent thinner, to its all-new Force Touch trackpad, versatile USB-C port and breakthrough terraced battery design, the new MacBook is the future of the notebook.”

Unfortunately, the 12-inch MacBook was also the first MacBook model to feature Apple’s infamous butterfly switch keyboard design, which is prone to failure and was eventually dropped from the entire MacBook lineup after years of complaints.

Apple last updated the 12-inch MacBook in June 2017, with the notebook having gone over two years without a hardware refresh before being discontinued.

In hindsight, it is clear that the 12-inch MacBook was hampered by the thermal constraints of Intel processors, with the notebook’s thin and light design more appropriate for performant yet power efficient Apple silicon chips. Last month, Bloomberg’s Mark Gurman reported that Apple was considering launching an all-new 12-inch notebook by 2024, but it is unclear if the notebook would be branded as a MacBook, MacBook Air, or MacBook Pro. While the 12-inch MacBook was a low-end notebook, Apple also offered a higher-end 12-inch PowerBook G4 in the mid-2000s, prior to the original MacBook Pro being released.
This article, “Apple Discontinued the 12-Inch MacBook Three Years Ago Today” first appeared on MacRumors.com