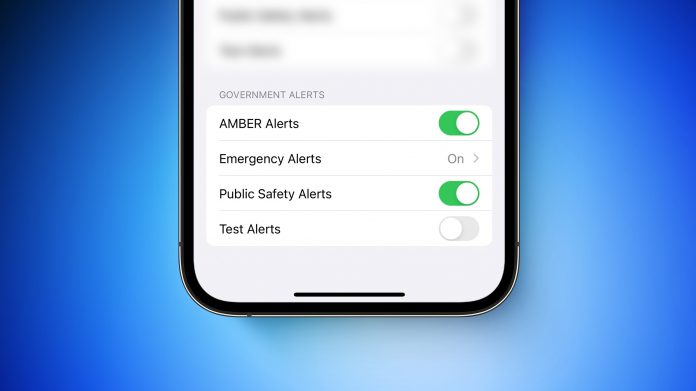 Apple has added a new “Test Alerts” toggle to the Settings app in iOS 15.6 and the third beta of iOS 16. The toggle is visible only on iPhones connected to a U.S. carrier and allows users to enable test emergency alerts from the U.S. government.

Turning on “Test Alerts” enables test emergency alerts to be received on both the iPhone and Apple Watch. The toggle is located in the Settings app under Notifications → Government Alerts and is turned off by default. Apple says the government is responsible for the content and the frequency of the test alerts.

It was already possible to enable test alerts on previous versions of iOS by installing a special profile from Apple or dialing a code in the Phone app. The toggle simply provides users with an easier way to opt in to receive test alerts.

Apple has updated support documents for the iPhone and Apple Watch with more details.