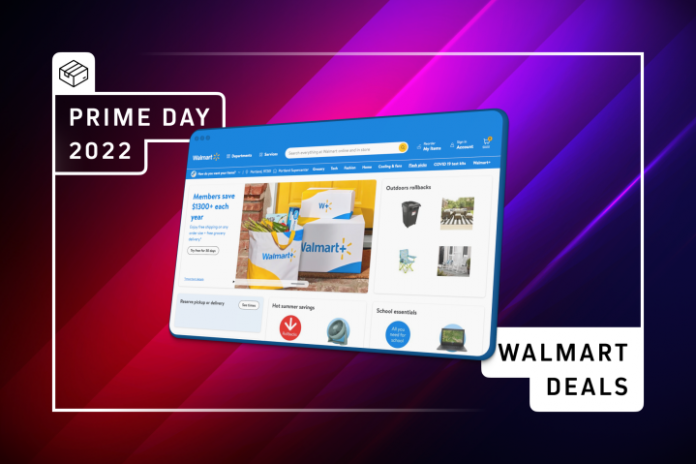 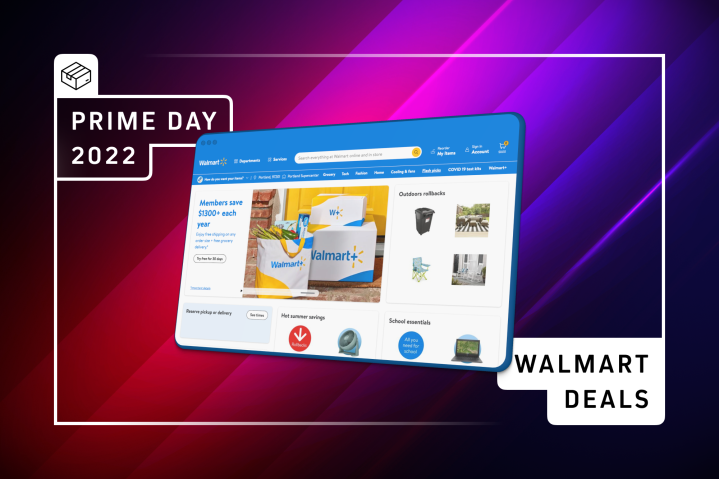 Amazon’s Prime Day deals are set to roll out, but before the retailer officially launches its annual shopping event, competitors like Walmart are trying to draw attention to themselves with their own discounts for all kinds of products. It’s highly recommended that you look around, because there’s a chance that what you’re planning to buy from Amazon on Prime Day is already cheaper elsewhere.

There’s no shortage of early Walmart Prime Day deals that you can take advantage of right now — and you’re recommended to do so as there’s little chance that the prices will go even lower once Prime Day starts. Whether you’re searching for something specific or you’re just on the hunt for the best bargains, we’ve rounded up some of the top offers from Walmart that you won’t want to miss. You have to push through with the purchase right away if something catches your eye though, as we’re not sure how long these discounts will be online.

If you’ve been waiting for Prime Day robot vacuum deals, Walmart is offering your first chance to buy a robot vacuum for cheap with its discount for the IonVac SmartClean 2000. It features a powerful motor with 2000Pa of suction power to pick up all the dirt and debris on your floor, and it comes with anti-collision and cliff sensors so that it won’t damage your furniture or wreck itself by falling down the stairs. The robot vacuum can run for up to 100 minutes per full charge, and it returns to its docking station whenever its battery runs low. There are four cleaning modes with the IonVac SmartClean 2000, which may be selected through its remote control, its companion app, or with the help of Google Assistant or Amazon’s Alexa.

For budget machines that are more than enough for basic everyday tasks, check out this year’s Prime Day Chromebook deals, which include this early discount from Walmart for the HP 11.6-inch Chromebook. As its name implies, it’s equipped with an 11.6-inch HD display, and it’s powered by the AMD A4 processor and 4GB of RAM. Even with these affordable components, the laptop offers fast performance and quick startups because Chromebooks rely on web-based apps instead of installed software, resulting in low overhead. The HP 11.6-inch Chromebook also comes with a 32GB hard drive that’s supported by cloud storage, and a durable design that can withstand spills and drops.

If you want to purchase a traditional Windows-based machine from Prime Day laptop deals instead of a Chromebook, consider Walmart’s offer for the HP 15.6-inch Laptop. It’s equipped with the Intel Pentium Silver N5000 processor, integrated Intel UHD Graphics 605, and 4GB of RAM, which are a far cry from the specifications of the best laptops, but more than enough for daily activities such as browsing the internet and typing documents. The laptop also features a 15.6-inch screen with HD resolution, and a battery that can last for nearly 11 hours on a single charge. It also comes with a 128GB SSD for storage with Windows 10 Home in S mode pre-installed, so you can already start installing apps and using the laptop as soon as it boots up.

Walmart is giving you the chance to upgrade your home theater setup with its own Prime Day TV deals, which include a price cut for the Hisense R6 Series 4K TV. Its 58-inch screen offers 4K Ultra HD resolution and support for Dolby Vision HDR and HDR10, which bring an immersive entertainment experience into your living room. Like the best TVs, the Hisense R6 Series 4K TV is also a smart TV that’s powered by the Roku TV platform, which grants easy access to your favorite streaming services through an interface that’s easy to navigate. The TV also works with Amazon’s Alexa or Google Assistant, either through the Roku mobile app or a connected smart home device.

If you want a larger screen, then go for Walmart’s offer for the TCL 4-Series 4K TV. It has some similarities with the Hisense R6 Series 4K TV, such as 4K Ultra HD resolution and High Dynamic Range technology on its 65-inch display, and the integration of the Roku TV platform. The TCL 4-Series 4K TV also offers 4K upscaling, so you can watch more content in near 4K quality, and a total of four HDMI inputs so that you can connect more sources. It also comes with a super-simple remote with about half the number of buttons on other TV remotes.

Facebook
Twitter
Pinterest
WhatsApp
Previous article​​Hey Samsung, what the heck is happening with the Galaxy Watch 5?
Next articleWhich Apple Watch should you buy on Prime Day 2022?
- Advertisment -