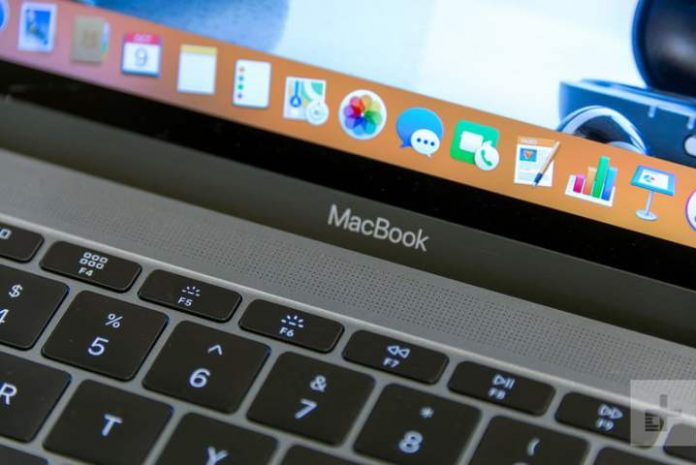 Apple unceremoniously killed off the 12-inch MacBook in 2019. While it was one of Apple’s most daring products in recent years, it ultimately failed to make as much of an impact as the company hoped. Yet rumors have been floating for some time that it could make a spectacular return.

If that proves to be true, it would be a comeback for the ages. So, what can we expect? Will the new model be like the original 12-inch MacBook, or will it be taken in a new direction? We’ve rounded up all the news and rumors into this post to help you get up to speed.

Right now, it looks like the 12-inch MacBook is a long way from release. Bloomberg reporter Mark Gurman, who has been one of the strongest proponents of the 12-inch MacBook revival idea, says the device is “still in early development” and probably won’t see the light of day until late 2023 or early 2024.

However, other prominent analysts are more skeptical. Display industry expert Ross Young and seasoned Apple tipster Ming-Chi Kuo both allegedly checked with their sources and came up empty-handed. Young, for his part, has said “Apple’s strategy for notebooks is currently 13” and larger. Companies in the MacBook Pro display supply chain we talked to are not aware of [the 12-inch MacBook].”

It could be that the sources Young and Kuo spoke to are not aware of the device simply because it is so early in the development process and manufacturers have thus not been informed of it. Or it could be that Gurman is wrong on the release date. Only time will tell.

As for the pricing, that remains unknown at this point. The 2015 12-inch MacBook came with a launch price of $1,299, but it’s possible the revived version could cost more since Apple has been increasing its laptop prices of late. Apple also needs to worry about how such a laptop would fit into its already-full lineup, which includes both the M2 MacBook Air and the M2 MacBook Pro.

Time for a fresh design?

Recently, Apple has moved to bring its MacBook Pro and MacBook Air lines together in terms of visual styling, with both laptops adopting similar flat-edged designs. We think it’s therefore likely that the 12-inch MacBook will follow suit.

Its design will probably depend a lot on which MacBook family it is part of. Will it be a shrunken-down MacBook Air and take after that device’s design language, or will it have a slightly chunkier format akin to the MacBook Pro? Or will it instead sit in its own individual MacBook line and thus look slightly different? That’s unknown for now.

The original 12-inch MacBook was used as a pioneering device. It was revolutionary in many ways and led to many of its features and design elements showing up in other MacBooks. That torch seems to have been moved to the MacBook Pro and MacBook Air these days, but who knows? Maybe Apple will be ready for something entirely new by the time a new 12-inch MacBook comes around.

The performance of the 12-inch MacBook from 2015 was disappointing. Because it used such a tiny chassis, it had to use an M-series chip from Intel, which was not up to much more than web browsing and sending emails. Things have changed a huge amount since then, though, with Apple silicon meaning so much more is possible.

We expect the 12-inch MacBook’s Apple silicon chip will enable it to be much more capable than before. It won’t be on the level of the MacBook Pro, of course, as it will have a very different target audience, but it certainly won’t be anything to sniff at.

There is one other possibility, though. Apple leaker Majin Bu has claimed on Twitter that the laptop could be part of the MacBook Pro range and come with an M2 Pro or M2 Max chip. Majin Bu has a mixed track record, though, and we find this claim a little unlikely.

For one thing, if Gurman’s release schedule of late 2023 or early 2024 is correct, that would probably fall in the M3 Pro/Max release cycle, not the M2 series. As well as that, the 12-inch MacBook has always been positioned as a lightweight device primed for travel, not the intensive tasks Apple’s Pro and Max chips are designed for. Still, Majin Bu has been accurate in the past, so we can’t rule out this claim entirely.

Features: short on fans and ports?

Given that the MacBook Air and 12-inch MacBook will likely be promoted as lightweight laptops that are perfect for traveling users, it wouldn’t surprise us if both ended up being fanless and silent in operation. Given how small the chassis is likely to be, it’s possible Apple won’t be able to squeeze a fan in there even if it wanted to.

The 2015 12-inch MacBook became infamous for only coming with one port — a single USB-C slot that handled both data and power and helped usher in the USB-C era. Considering ports take up space on motherboards — and considering how small the 12-inch MacBook’s motherboard will probably be — it wouldn’t come as a shock if Apple repeats that trick this time around.

There is a chance it could come with MagSafe too, though, since that’s made a comeback in recent devices. That’s just speculation at the moment.

There’s one final possibility: it might come with the butterfly keyboard. Apple outfitted the 2015 12-inch MacBook with this divisive keyboard in part because it was so thin and helped slim down the device, so it would make sense if it made a return. After all, Apple’s Phil Schiller has previously claimed the company is still working on this keyboard. Still, it would be a controversial move, especially considering how good the current Magic Keyboard is.

The original 12-inch MacBook was expensive for what it offered, partly because it was so experimental and different from anything Apple offered at the time. We therefore wouldn’t be surprised if the new 12-inch MacBook also cut back on features. Still, there are some other things we’d love to see.

First up is a decent webcam. Apple has started upgrading its laptops to 1080p webcams, but the company might be tempted to only equip the 12-inch MacBook with a 720p camera. That would be disappointing given it’ll likely be used on the road by many people, where video call quality is important.

We’re also hoping Apple will put more than one USB-C port on the laptop, as one is just not enough these days. It means you need to unplug your charging cable to hook up a peripheral, for example, which is just impractical.