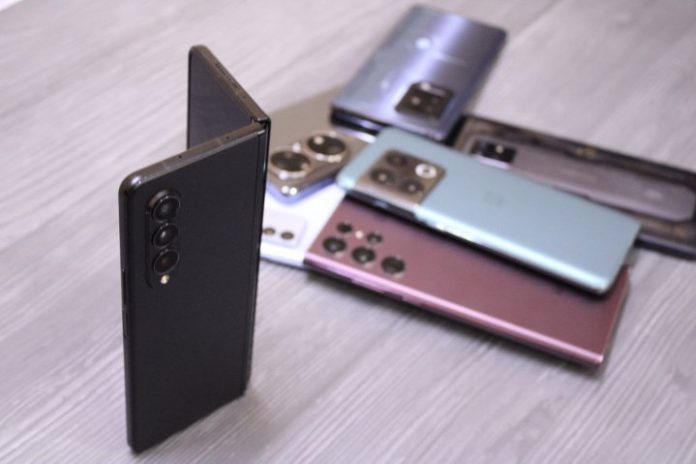 My job demands me to use a variety of smartphones every year. I’ve used and written about everything from the best-in-class Galaxy S22 Ultra to the unconventional Black Shark 5 gaming phone. But a smartphone from 2021 is still my daily driver, despite me having access to the best Android smartphones of 2022. I’ve been using the Galaxy Z Fold 3 as my primary device since January, and here’s why it will stay in my pocket for the foreseeable future.

I have the Galaxy S22 Ultra, OnePlus 10 Pro, Xiaomi 12 Pro, a couple of gaming phones, and more on hand. I’m spoiled for choices, but the Galaxy Z Fold 3 has proved its worth. (And, of course, none of the regular flagships fold).

Samsung is making the sci-fi of the past our reality in the modern world. Unfolding a smartphone and being greeted by a larger display is no longer a fantasy. We’re now on the third iteration of the Fold, and Samsung has nearly perfected its hardware. Being greeted with a 7.6-inch display from a narrow screen on the outside is a delight.

I’ve found myself unfolding the Fold 3 if the task at hand is going to take me more than a couple of seconds. Don’t get me wrong; the outer display disguises the Fold 3 as a thick regular phone. I can use it with one hand surprisingly easily! I use it for quick tasks like playing music on Spotify, replying to an urgent WhatsApp text, or checking Twitter notifications.

But unfolding the Galaxy Z Fold 3 and turning the smartphone into a mini-tablet still feels futuristic — even after all these months. If I have both my hands free, I use the Fold 3’s larger screen — which is most of the time. It’s a delight for the e-reader in me. I’ve completed two books on the Kindle app by reading on the Samsung foldable.

Having a 7.6-inch display right in your pocket is revolutionary for people who have to commute by public transport, too. For instance, I use the metro for most of my travel in Delhi, and it’s a boring route if you don’t have your smartphone and earbuds. But having a big display means watching videos or immersing myself in a book in ways a ‘normal’ smartphone could never match. And, if time permits, the Fold 3 has even been a perfect gadget for writing articles while on the go. There’s nothing it can’t do.

Despite being a folding display, the inner screen is sharp and colorful. And having the entire panel to yourself without the intrusion of the hole-punch camera makes seeing photos much more immersive. The under-display camera is not perfectly hidden, but it gets the job done. And you don’t have to use it to take selfies. Another camera mode allows you to use the primary camera on the back as a selfie shooter, while the outer screen acts as a viewfinder.

The Fold 3 makes me excited for the Fold 4

Using the Galaxy Z Fold 3 for half a year makes me excited for the next iteration of the Samsung foldable. Unlike regular slab phones, where innovation has seemingly peaked, the foldable segment brings a breath of fresh air. And there’s still room for improvement.

For instance, the cameras aren’t the strongest point on the Galaxy Z Fold 3. According to the rumors, the Galaxy Z Fold 4 could sport the same 10-megapixel telephoto camera with 3x zoom as the Galaxy S22, which is one of the best in the segment. It could also get a 50MP main camera and a 12MP ultra-wide lens. If that happens, the Fold 4 will arguably be one of the best camera smartphones of 2022. Samsung is also rumored to be increasing the pixel density for the under-display selfie camera, which will hide it more discretely.

While those are all upgrades I’m looking forward to, their absence on the Fold 3 hasn’t deterred me from using it. Average camera performance and a noticeable display crease aren’t nearly enough to tarnish an excellent user experience. The Z Fold 3 has allowed me to do things none of my other phones would. It doesn’t have the newest chipset or the flashiest specs, but the Fold 3 is unlike anything else. And that, more than anything, is why it retains a spot in a pocket.