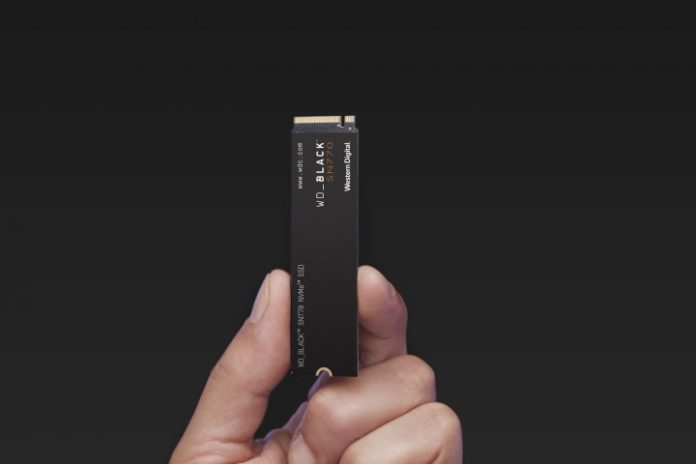 Although games certainly benefit from high-speed storage devices like SSDs, diminishing returns kick in pretty quickly; It’s hard to tell the difference between an old SATA SSD and a cutting edge PCIe Gen 4 SSD in most games. In order to take advantage of increasingly faster SSDs like never before, Microsoft launched DirectStorage for the Xbox Series X, and now DirectStorage is making its way to PC.

While DirectStorage is certainly exciting for game developers, what it means for gamers isn’t quite as exciting, at least not at the moment.

DirectStorage is basically a new piece of software that enables games to take advantage of fast NVMe SSDs. This isn’t just to reduce loading times, though. As games become increasingly complex, better hardware is needed to run them, and that’s not limited to CPUs and GPUs: Fast SSDs are becoming increasingly important for good gaming performance.

Modern game engines are developed from older technologies that were designed to load in a lot of data all at once, which played to the strengths of hard drives. But nowadays, game developers want to load many small pieces of data over a longer period of time. For example, in many games, far-away objects are not loaded in full detail in order to make the game run better. SSDs are really good at handling many requests for data, also called IO requests, and devs are beginning to optimize for SSDs.

The key weakness of DirectStorage’s predecessors is that there is a limit to how many times a game can make IO requests of the storage. Because HDDs were bad at handling lots of IO requests, this limitation wasn’t important until devs wanted to harness the power of modern NVMe SSDs, which are very good at handling thousands or even tens of thousands of IO requests per second. DirectStorage fixes this limitation, at least for the foreseeable future.

First and foremost, to see the full benefits of DirectStorage, you will need an NVMe SSD. You’ll probably want a PCIe 4.0 or 5.0 NVMe SSD, though, as games with DirectStorage are being developed with these kinds of SSDs in mind.

Secondly, DirectStorage is an API-level technology tied to DirectX 12, which means it’s exclusive to DX12 games. Thankfully, it is possible for older games to get DirectStorage through an update. For example, The Witcher 3: Wild Hunt is receiving an update later this year that introduces DX12, ray tracing, and DirectStorage.

Most CPUs and GPUs made within the past decade should be able to meet the minimum requirements for DirectStorage, which is just DX12 compatibility. When it comes to graphics cards, Nvidia GPUs since the 900 series and AMD GPUs since the 200 series all support DX12. Upcoming Intel GPUs will also support DX12.

All Intel CPUs since 3rd Gen and all AMD CPUs since Ryzen 1000 support PCIe 3.0, the minimum requirement for NVMe SSDs. Intel 11th Gen, 12th Gen, and Ryzen 3000 through 6000 (with some exceptions) support PCIe 4.0, which is the fastest speed for currently available SSDs. Finally, upcoming PCIe 5.0 SSDs will be supported by Intel’s 12th Gen CPUs and AMD’s upcoming Ryzen 7000 CPUs.

Is DirectStorage any good?

However, it’s important to keep in mind that DirectStorage is brand new and Forspoken is going to be one of the first games ever to use it, so there’s probably some room for optimization. More importantly, DirectStorage is for more than just loading screens: It’s going to be used to make games look better without compromising on performance and will make faster storage more meaningful for gaming. Developers will be able to load in textures and objects more freely and creatively. This could mean higher resolution textures and more complex and detailed 3D things like people and scenery, all without frequent loading screens or long hallways that disguise loading screens.

It usually takes a while to reap the rewards of new API-level technology. DX12 came out in 2015 and it wasn’t instantly important for all gamers, but in the seven years since DX12 came out, we can definitely say it was a crucial update because it enables stuff like raytracing. DX12 proves one thing pretty conclusively: Build it and they will come. If game developers can take advantage of new technology, they will.

Whoa! Get a FREE Samsung Galaxy S22 when you buy this QLED smart TV