HomeNewsWhat are the benefits of 5G? How it helps you today (and...
News

What are the benefits of 5G? How it helps you today (and tomorrow) 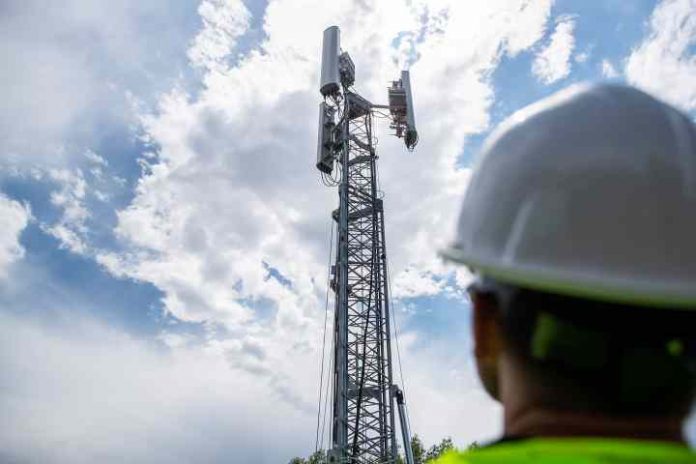 With all the hype surrounding 5G technology, it’s sometimes hard to sort out the promise of what 5G will someday become from the reality of what it is today.

There’s no doubt that 5G promises to revolutionize the way we communicate.5G networks offer reliable and secure connections with the high speeds and low latency that were once the exclusive domain of optical fiber broadband along with the ability to deliver ubiquitous connectivity to many more devices.

It all sounds pretty great, but if you’ve been underwhelmed by your own experience with 5G, you’re not alone. The new wireless technology has gotten off to a pretty rocky start. This has especially been true in the U.S., where carriers have been forced to share the airwaves with older 4G/LTE technology, wrangle with the Federal Communications Commission (FCC) and aviation industry, and juggle an assortment of low-band, midband, and high-band mmWave spectrum to make it all fit together.

Until recently, the only benefit many people saw from being on a 5G network was the warm and fuzzy feeling of seeing the letters “5G” on their phone’s status bar. However, unless you were fortunate enough to be among the 1% of folks who lived or worked within range of a mmWave transceiver, you wouldn’t have noticed much improvement over your 4G/LTE service.

The good news is things is finally changing for the better. As AT&T and Verizon roll out new C-band spectrum on their 5G+ and 5G Ultra Wideband networks, and T-Mobile expands its midband Ultra Capacity 5G network, customers are finally starting to see significant speed increases on their carrier’s 5G services.

However, there’s much more to 5G than just speed. Today’s 5G networks offer tangible improvements you may not even be aware of, as so many of the benefits of 5G work behind the scenes to improve your overall experience. After all, how fast does your smartphone really need to be? It’s fun to run speed tests and see high numbers, but in typical everyday use, most folks don’t need the fastest speeds that 5G offers.

What people do need, though, is connectivity, and 5G will make sure that you’re getting the signal you need much more often.

Anybody who has tried to get decent cellular service at a crowded concert or sports event knows that it can often be a challenge. Thousands of mobile phones competing for the same cellular service can overwhelm even the best 4G/LTE networks. Checking Facebook or Instagram begins to feel like slogging through tar, outbound calls take longer to connect or fail entirely, and incoming calls often land in your voicemail instead of ringing through to your phone.

When properly deployed, 5G technology solves all these problems. Firstly, 5G is designed from the ground up to handle congestion much more efficiently, but it also has another trick up its sleeve: mmWave.

Earlier 3G and 4G/LTE networks were limited to a narrow band of frequencies, generally living in the 800MHz and 1.9Ghz zones. While 5G can operate here as well, it also has access to a set of much higher frequencies known as the mmWave, or millimeter wave, spectrum. Operating at the 28GHz and 39GHz frequencies, mmWave transceivers can handle a substantially larger number of connections without breaking a sweat.

The range of mmWave spectrum tends to be very short — about a city block — but all carriers need to do is place a few around a stadium, concert hall, or airport, and they can offer unprecedented connectivity. With 5G, you’ll get the same performance whether you’re sitting at home or attending an NCAA basketball game surrounded by 70,000 of your closest friends.

The catch is that if you want to be guaranteed top performance in scenarios like this, you’ll need a smartphone capable of connecting at these extremely high mmWave frequencies. Apple’s and Samsung’s flagships will certainly have you covered, but others like Google’s Pixel 6 may be a mixed bag.

There’s no need to fret if your 5G phone doesn’t support mmWave. Almost all 5G smartphones can use the midrange C-band frequencies, which can still deliver better performance on congested networks than the lower spectrum used by 4G/LTE.

It’s true that 5G has lower latency than 4G and 3G connections, but what does that mean? There are two aspects to performance when it comes to digital communications. While raw download and upload speeds are the metrics many like to focus on, these aren’t nearly as important for smartphone users as latency.

Download speeds only measure how fast a single stream of data can be delivered to your device. However, fast download speeds don’t always equal a responsive connection due to the way digital communications work. This is because additional overhead is required for each new request sent and response received. Downloading a single file, or streaming a single video, relies on an existing, established connection. The kind of back-and-forth traffic involved in web surfing, instant messaging, and online gaming requires many separate connections in each direction.

By way of analogy, it may be helpful to think of a communication network as an interstate highway. Once you’re on the interstate, you can travel far and fast, but you have to get onto it first. That’s the latency part, and if you’re making many shorter trips back and forth, that extra time quickly adds up.

Latency can be a problem even on wired broadband connections, but it’s far worse on traditional 3G and 4G/LTE cellular networks. This is why mobile connections have always been a relatively poor choice for online gaming; low latency is crucial if you want to ensure that your opponent gets the message as soon as you pull the trigger.

When the architects of 5G were designing the new technology, they made it a priority to deliver at least the low level of latency found on wired broadband networks, if not better. The result is that when you’re on a 5G network, your overall experience of everything from surfing to online gaming should feel snappier, smoother, and more responsive.

5G in the home

Although most of the news around 5G seems to focus on smartphones and mobile network operators, 5G is also revolutionizing how internet connectivity is delivered to homes and businesses. In the same way a traditional broadband router bridges a wired connection into your home Wi-Fi and Ethernet network, a 5G router can bridge a 5G wireless network. The devices in your home use Wi-Fi just like before, but instead of running a coaxial or fiber-optic cable into your home, everything gets connected to the internet wirelessly over 5G.

While 5G home internet is still in its nascent stages, the big three U.S. carriers have been making serious inroads. T-Mobile recently celebrated 1 million 5G home internet customers around the same time it announced a similar offering for small businesses across the country.

While 5G home internet typically offers download speeds of 30mbps to 180Mbps, wired broadband connections still have a leg up on 5G home internet. However, it’s a safe bet these speeds will only improve as carriers roll out more 5G infrastructure.

The 5G vision for tomorrow

What we’re seeing today is just the tip of the iceberg when it comes to the promise of 5G technology. The bandwidth, low latency, and other more technical capabilities of 5G are opening the doors to many other possibilities.

However, the infrastructure needs to be in place before many of these things can happen. We’re still in the building-out phase right now. The 5G that’s here today offers enough to power the kind of online communications we’re already doing on our smartphones, tablets, and laptops, but it will take some time before it’s ready to power a new generation of smart devices.

Researchers are already looking at ways that 5G can be used for autonomous vehicles, drones, and health care devices, but the network must understandably be both ubiquitous and bulletproof before that can happen.

The routers used by today’s 5G home and business internet services are likely only a stopgap measure. As 5G capacity increases and connectivity becomes near-universal, the day is coming when you won’t need a home router at all. Everything from your laptop and smart TV to your refrigerator and coffee maker will be able to connect directly to the internet over 5G. Naturally, some security concerns will need to be addressed before this becomes a reality, but researchers are working on solutions to those issues as well.

Meanwhile, private 5G networks are popping up in factories, university campuses, shopping malls, and even resort hotels to deliver high-performance connectivity to visitors, employees, students, and guests over a much wider area. Finally, 5G will also ultimately be a key component in powering the smart cities of the future.

15 ways smartphones transformed life as you know it