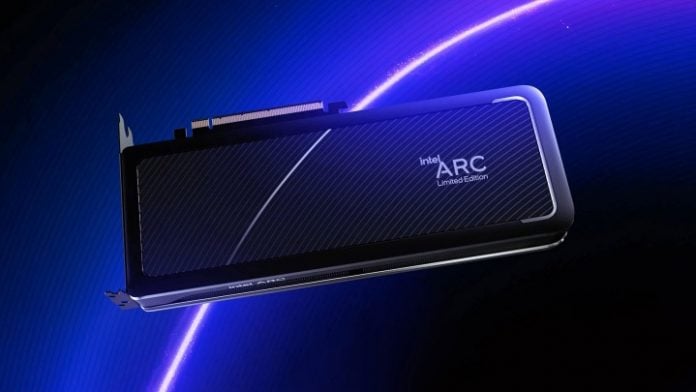 Two yet unreleased and unannounced Intel Arc Alchemist graphics cards have just emerged on the SiSoftware database. Dubbed the Intel Arc Pro A40 and A50, the GPUs seem to be aimed at professionals.

Although some of the specifications of these GPUs have been revealed in the process, we’re getting a puzzling picture that makes it difficult to tell just what Intel might be planning to do with the Arc Pro lineup.

Initially spotted by well-known Twitter leaker @momomo_us, the Intel Arc Pro A40 and Arc Pro A50 have already been teased before, but never by Intel itself. While the initial leak gave us no information as to the specs of these two cards, today’s news follows up with some insight — but it’s hard to tell whether these specifications are to be believed, and things are still quite vague.

The fact that these two graphics cards are referred to as “Pro” suggests that Intel might be trying to expand the Arc Alchemist range toward professionals. The main lineup was made with gamers in mind, so the question is — what is Intel trying to do differently with the alleged Pro cards? The specifications don’t really tell us that just yet. If the A40 and A50 are being made with workstations and professional users in mind, Intel may have to shift the focus toward a different set of GPU capabilities than what gamers expect.

On the SiSoftware website, both the A40 and the A50 are listed as a single GPU, which makes determining the specs a bit of a guessing game. Is there just one GPU called the Arc Pro A40/A50, or are there two? We’re inclined to say it’s the latter, but in that case, there is no telling which specifications belong to which card.

The pair of GPUs is rumored to have 1,152 shader cores on 128 cores as well as a clock speed of 2.45GHz and close to 5GB of memory and just 1MB of L2 cache. However, as Tom’s Hardware notes, that just doesn’t quite add up. The smallest Intel Arc die doesn’t support such a configuration of cores and shaders — it would have to be 1,024 shaders and 128 cores.

It’s possible that the author who uploaded the data to SiSoftware made an error. If the numbers are true, however, this would imply that the A40/A50 is running on a larger die that has been partially disabled and configured to come with 144 cores and 1152 shaders.

If these Intel Arc GPUs were to find themselves in professional workstations, they’d have to find a way to stand out from similar (or better) options from AMD and Nvidia. There are multiple ways Intel can do this, such as optimizing the drivers to highlight specific workloads or improving the security of the GPUs. In terms of raw GPU power alone, they don’t sound amazing just yet — but as mentioned, the specifications are likely, at the very least, a little off.

Although Intel hasn’t made any mentions of the Arc Pro A40/A50 just yet, the company will undoubtedly reveal them when it’s ready. For the time being, we have plenty of coverage about the ups and downs of the rest of the Intel Arc lineup, and the desktop GPUs haven’t even left China just yet — we’re still waiting for a global release of the Arc A380.