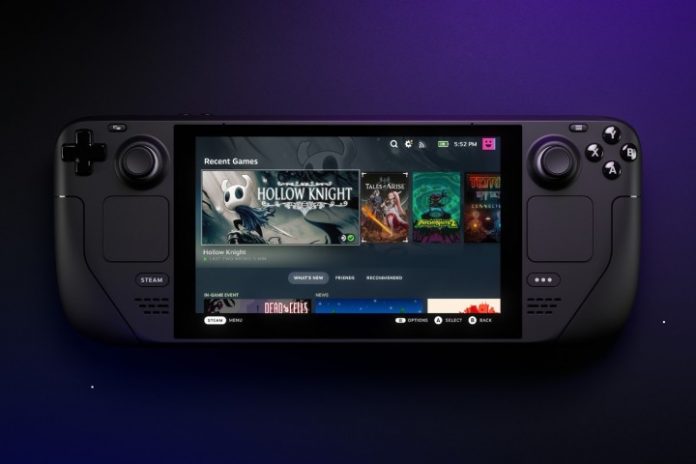 Valve’s slow rollout of the Steam Deck has been part of its release strategy all along, but the delay of its docking station peripheral was a bit more unexpected.

The long-awaited Steam Deck docking station had already been delayed for most of 2022 — and now, Valve has confirmed yet another setback in its release for an uncertain amount of time.

Valve detailed in a blog post on Wednesday that the accessory to its Steam Deck hand-held gaming system has once again been delayed for release due to “parts shortages and COVID closures at our manufacturing facilities.”

The docking station was originally set to release in February as a main accessory for the Steam Deck. The dock is designed to act as a hands-free stand and connector system to TVs, external displays, and other peripherals. It also allows for charging of the Steam Deck, adding some much-needed extra battery life to the power-hungry handheld.

Valve used the first delay period to upgrade the Steam Deck docking station around April, with USB 3.1 ports for improved transfer speeds, as noted by Gizmodo.

So far, the company has still not been able to give concrete details on exactly when the docking accessory might release to consumers — just one of the downsides to how the Steam Deck launched.

“We’re working on improving the situation and will share more info when we have it. This has no effect on production schedule and reservation windows for Steam Decks (different parts, different factories),” Valve said in its blog.

For those still waiting to receive their Steam Decks, that, at least, is good news.

In the meanwhile, users have other charging and accessory options, such as battery packs, to keep their Steam Decks topped up with power. Fortunately, the docking station isn’t a necessary feature for gameplay, including all the best Steam Deck games you can play.

The Steam Deck is expected to update later this year with Valve set to make 256GB and 512GB models available during the third quarter, approximately around the October time frame. Whether the docking station will also be available by that time is anyone’s guess.

Facebook
Twitter
Pinterest
WhatsApp
Previous articleEverything (and we mean everything) to know about 5G on the iPhone
Next articlePlayStation State of Play: Everything announced for PS VR2
- Advertisment -