HomeNewsThe Paper Laptop could be the e-paper device you didn’t know you...
News 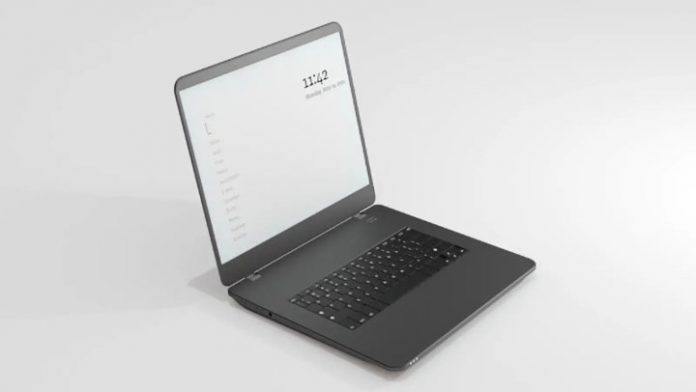 Boston startup Modos is working on a laptop with an e-paper screen, and it’s banking on the popularity of e-paper devices and e-readers to make it a success. The company claims the Modos Paper Laptop will offer lower prices, less eye strain, and a more real-world working environment than what is available now.

Modos is an open-hardware and open-software startup dedicated to reimagining computing. The team behind the company envisions a calmer and more humane technology, according to a post on the company’s blog.

The Paper Laptop won’t have an OLED or LCD panel and will instead use a black-and-white display much like a Kindle e-reader. While this may turn off gamers and graphic designers, the Paper Laptop isn’t aiming for them.

Most working people use their laptops to read emails and PDFs or write reports. The team behind Modos believes an e-paper screen is preferable for them.

“Our devices will be designed to complement your workflow and support you in getting into a flow state or mode,” the Modos team said in a blog post on the company’s website.

E-paper screens replicate the feel of writing on paper using a specialized stylus. They do this by electronically charging the surface of the screen to create tactile resistance, which recreates the look of ink on paper. They have extremely low power consumption, so the battery can last for hundreds of hours of use on a single charge.

Compared to normal LED displays, E-paper screens are also easy on the eyes. In a world dominated by bright electronic displays, the Paper Laptop offers a gentler approach by eliminating eyestrain. The Modos Paper Laptop will allow the user to physically interact with the screen.

Modos hasn’t mentioned working with full-color e-paper screens yet, although the technology does exist and is already rolling out to several E Ink readers.

The company hasn’t released its Paper Laptop for the public just yet. Modos said it has built several working prototypes and that it’ll start production once there are 50,000 people interested in purchasing a device.

Modos is also working on a Development Board using an e-ink screen, and a standalone Paper Monitor to be used with mobile devices.

Facebook
Twitter
Pinterest
WhatsApp
Previous articleWhich Garmin Forerunner model is right for me? How to choose the perfect size & features
Next articleThe Paper Laptop could be the e-paper device you didn’t know you needed
- Advertisment -