The Black Shark 5 Pro delivers gaming goodness without the headaches 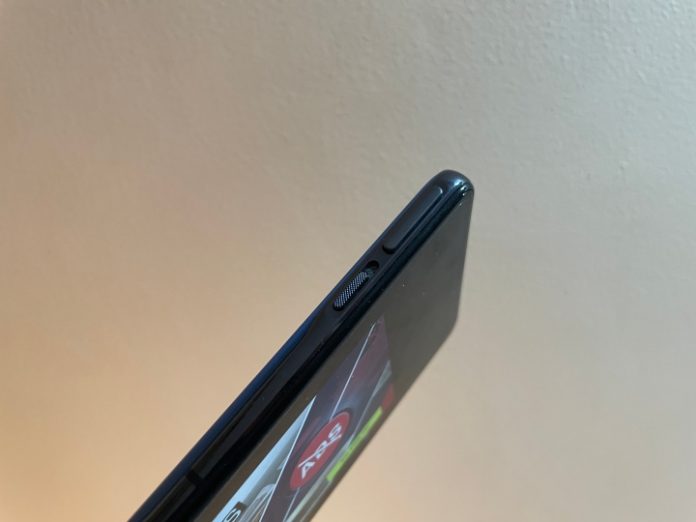 You know the drill by now. A new gaming phone launches, it has trigger buttons, some kind of cooling tech, below-average cameras, and a gigantic body that makes for an unwieldy daily driver. The Black Shark 5 Pro uses some of the same formula, but it’s more graceful with the triggers and has a 108MP camera, as well as a cooling system that actually works. After gaming on this smartphone for three days now, I’m impressed with the sheer amount of functionality it offers.

Impressive hardware across the board

The Qualcomm Snapdragon 8 Gen 1-powered smartphone has a lot going for it apart from the flagship processor. For one, it features a top-notch OLED display with a 144Hz refresh rate and 720Hz touch-sampling rate. Secondly, the trigger buttons bring something new to pop-up buttons.

The Black Shark 5 Pro sports two magnetic pop-up triggers that are pretty responsive. When not in use, you can make them disappear with the help of the hardware toggles located right beside the two trigger buttons.

While playing Battlegrounds Mobile India (which is basically PUBG), I set up the left trigger to shoot and the right one to aim. As a result, I got more screen space to look at while aiming to shoot the enemies. The same was the case with Asphalt 9. I set up the left trigger for drift and the right one to boost. The gaming experience was more enjoyable because I had the whole screen for my eyes to look at with no intrusion of two fat thumbs.

While the ROG Phone 5 has the same functionality, its trigger buttons are flushed to the sides. By contrast, the two magnetic pop-up triggers on the Black Shark 5 Pro can be toggled on to rise above the sides — giving you a more intuitive experience. And when you want to use the Black Shark 5 Pro as a normal smartphone, you can toggle them off and discreetly hide them on the right edge.

You can put in all the gaming features you want in a smartphone, but it wouldn’t make a difference if the display looks bad. Fortunately, the Black Shark 5 Pro excels in this department. It touts a 6.67-inch OLED display with 10-bit color depth and 1080 x 2400 resolution. In other words, it’s a very sharp screen to look at.

You can choose from three refresh rates other than 144Hz – including 120Hz, 90Hz, and 60Hz — to suit your preferences. It’s also a pressure-sensitive display that makes it easy to get precise movements. The company calls it Magic Press, and it’s mappable to customize it how you see fit. The low touch delay of 8.3 milliseconds is another addition that keeps the display feeling as responsive as possible.

The Black Shark 5 Pro didn’t run too hot even on extended gaming sessions. While I could feel it getting warm, it was nothing to worry about thanks to the new liquid cooling system. You get 8GB, 12GB, and 16GB RAM options to choose from, alongside 128GB or 256GB of storage. The dual-symmetrical linear stereo speakers make for an intuitive gaming experience.

The Black Shark 5 Pro runs JoyUI 13, which is based on MIUI 12, which is based on Android 11. It’s a bummer that the device doesn’t ship with the latest stable version of Android. In my brief usage, the phone didn’t slow down or have any hiccups with the interface. And while the outdated software is a shame, the suite of gaming features built into Shark Space 4.0 help make up for it.

You can access Shark Space by pressing and holding both shoulder trigger buttons at the same time. The software feature allows you to adjust the master touch settings, network status, performance, do not disturb function, and more.

While playing Battlegrounds Mobile India for the first time, the system notified me to swipe down from the top-right corner to access Shark Space. It then allowed me to assign functions to the two trigger buttons through Master Control. When you’re setting up Master Control, it pauses the game so you don’t miss out on important scenarios.

You also get Game Macros that can be programmed for specific scenes of the game, allowing repetitive actions to be done via one-key execution. Another feature I liked was motion sensing, which lets you control the game with the motion and movement of your smartphone. You can perform up to six gestures in total, which includes turning to the left or right, leaning to the left or right, and flipping forward or backward.

There are a plethora of other settings like Game Studio Setting (customize performance, display, touch, and audio settings), Ludicrous Mode (enables extreme performance), and more. The feature-rich gaming software makes the Black Shark 5 Pro a strong contender for one of the best gaming smartphones.

While the processor, display, and software are the most important specs, they aren’t the only aspects of the Black Shark 5 Pro. Starting with the cameras, which I couldn’t test in the scorching Delhi heat wave, the Black Shark 5 Pro comes equipped with a 108MP primary camera. It’s accompanied by a 13MP ultrawide-angle camera and a 5MP macro lens. The smartphone is capable of shooting 4K videos at 60 frames per second (fps) and a 1080p slow-mo at 120fps, 240fps, and 960fps. On the front lies a 16MP selfie shooter.

The Black Shark 5 Pro packs a 4,650mAh battery that supports 120-watt fast charging. It went from 10% to 100% within 20 minutes for me. There is a small group of lines on the right side of the camera module, which supports light effects. You can map it to different lights in the settings.

While we haven’t had enough time with the Black Shark 5 Pro to give it the full review treatment, there’s a strong foundation here for a solid gaming phone. From the capable chipset, excellent display, and gaming-focused software, Black Shark knows its target audience. If you’re interested, the Black Shark 5 Pro is available now from Black Sharks’ website and on Amazon.