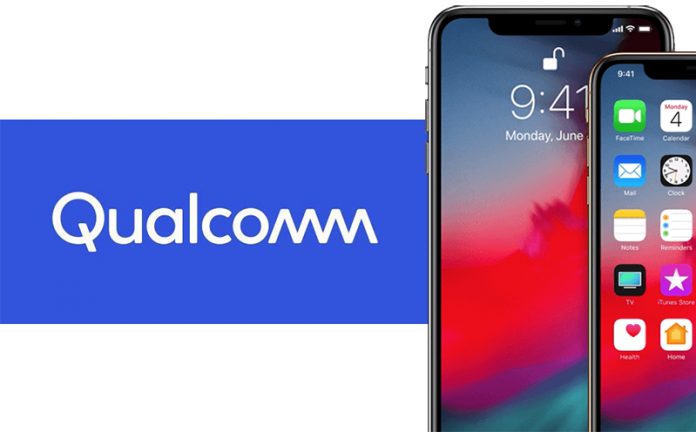 Qualcomm has successfully appealed a 997 million euro ($1.05 billion) fine from EU antitrust regulators for paying Apple to use its LTE chips in iOS devices (via Reuters).

The fine was imposed by regulators in 2018 after a European Commission investigation concluded that payments to Apple from 2011 to 2016 were made with the sole aim of blocking Qualcomm’s LTE chipset market rivals, such as Intel.

The General Court, Europe’s second-highest, annulled the EU finding and faulted the EU competition enforcer, Margrethe Vestager, over the handling of the case.

“A number of procedural irregularities affected Qualcomm’s rights of defence and invalidate the Commission’s analysis of the conduct alleged against Qualcomm,” judges said.

“The Commission did not provide an analysis which makes it possible to support the findings that the payments concerned had actually reduced Apple’s incentives to switch to Qualcomm’s competitors in order to obtain supplies of LTE chipsets for certain iPad models to be launched in 2014 and 2015.”

The EU competition enforcer can appeal the judgement to the EU Court of Justice, Europe’s highest court. The Commission said it would carefully study the judgement before considering its next steps.

The judgement is another painful setback to Vestager’s crackdown on Big Tech. The loss represents Vestager’s second major defeat after failing to get the court’s backing in January for a 1.06 billion euro fine on Intel 12 years ago for engaging in illegal anti-competitive practices to exclude rival AMD. Before January, the Commission hadn’t lost a big antitrust case in more than 20 years.

Qualcomm’s fine is one of several imposed by the EU antitrust chief on companies including Google, Facebook, and Amazon over anti-competitive practices. Tags: Qualcomm, European Union, European Commission
This article, “Qualcomm Successfully Appeals $1.05 Billion EU Fine for Paying Apple to Use Its Mobile Chips” first appeared on MacRumors.com