Pokémon Go developer’s next project is an AR basketball game 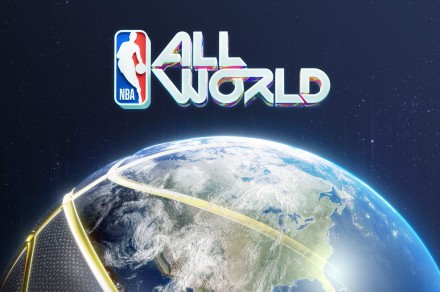 NBA All-World turns every basketball court in the real world into Courts, immersing players in an NBA-themed metaverse by encouraging them to find other basketball fans in Player Encounters to challenge them in one-on-one competitions and recruit them to their team. If the same player is already on the team, they can earn more Cred with practice shootings and unlock the ability to recruit stronger players with a higher Team Level.

Players can level up their stats with Boosts in Offense, Defense, and Fitness, as well as increase their Energy levels with Energy Drinks to make it easier to score points. Their stats can be improved even further when they pick up Gear based on their favorite basketball team at Drop Zones, like jerseys, sneakers, and other accessories.

“Through our partnership with Niantic, NBA All-World will provide fans across the globe the opportunity to fully immerse themselves into the energy and excitement of the NBA,” Matt Holt, Head of Consumer Products at the NBA, said. “Evident in the name of the game itself, we look forward to engaging with our fans around the world through this immersive experience.”

NBA All-World is another step into the metaverse for the NBA. Back in April, the company partnered with Google to develop another AR experience called the Pixel Arena in the NBA app, which allowed fans to play games based on real-time game data and customize their avatars during the 2022 NBA Playoffs.

NBA All-World is currently in a soft launch phase, and Niantic plans to release the game on Android and iOS globally during the 2022-23 NBA season. You can sign up at the game’s official website to be notified when the game becomes available in your region and be the first to get your codename for use at launch.