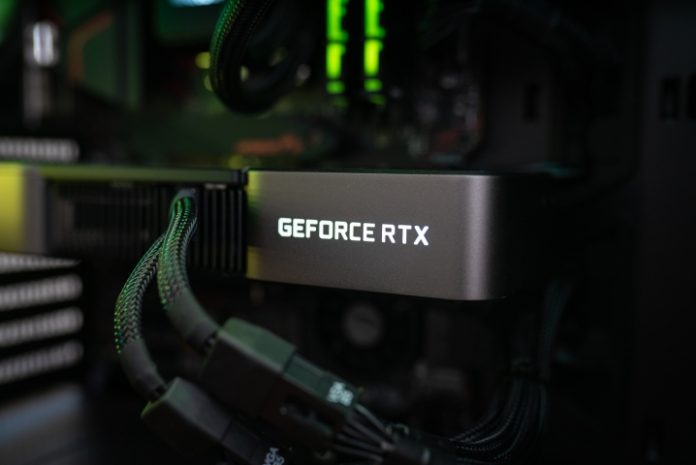 Throughout 2022, there’s been a constant influx of reports pertaining to the power requirements for Nvidia’s next-gen RTX 40-series GPUs.

As such, it should come as no surprise that the upcoming boards may come with a triple-fan reference cooler.

The speculation surrounding the power requirements of the RTX 40 cards has pointed toward certain units reaching 900 watts of power, which naturally suggests an upgraded power supply will be an inevitable necessity for consumers.

Supporting this assumption is a fresh leak from Kopite7kimi, who has been at the forefront of RTX 40-related rumors. As reported by VideoCardz, the insider stated that Team Green has apparently designed a triple-fan cooler for AD102-powered reference boards.

It’s important to note that Nvidia’s reference cards usually don’t exceed two fans. What that means is that GeForce RTX 40 graphics cards could consequently run hotter than their predecessors, and thus require an upgraded, three-fan cooler system instead.

So, it seems that all the rumors regarding the unprecedented power requirements may actually be true. Nvidia’s upcoming cards may approach the 600-watt power-draw mark. And as we mentioned above, in some cases, we’ve even heard of certain units supplying an unheard-of 900 watts of power. So it’s not completely out of the question that Kopite7kimi’s claim holds some weight.

Of course, if the aforementioned report does indeed prove to be correct, then we’ll undoubtedly see a considerable jump in performance. Case in point: The RTX 40 series is reportedly set to more than double the teraflops (TFLOPS) count of the 3090 Ti, which is already among the most powerful GPUs ever released.

AD102 is the GPU die that will reportedly power the RTX 4000 lineup of products, which means we may very well see one of the flagship models, the RTX 4090 Ti, feature a reference cooler that sports three fans.

VideoCardz highlights how nearly every custom RTX 3090 Ti model requires a triple-fan cooler or hybrid liquid solutions. For example, we’ve seen how the 3090 Ti variants manufactured by Colorful and EVGA are designed with 3.5 to 4 slots to accommodate its unprecedented cooling fan system.

In any case, VideoCardz points out how Nvidia has actually never implemented a triple-fan cooling solution for any of its past reference models for GPUs, nor have they integrated liquid coolers.

If Nvidia has indeed decided to take this cooling approach for its RTX 40 series, then they’ll be mirroring what its archrival AMD has done in the past for its own GPUs — Team Red has already incorporated triple-fan coolers for certain boards like the Radeon VII, in addition to designing specific cards with a liquid cooling solution like the RX 6900XT LC and Fury X.

Ultimately, both the RTX 4090 and the Ti variant will unquestionably be absolutely massive video cards. The RTX 4090’s cooling heatsink that was reportedly leaked shows how these units will probably necessitate specific PC cases big enough to even be able to install them.

In terms of a launch date for the RTX 40 series, Kopite7kimi now agrees with Wccftech’s sources that suggest an October launch as opposed to the previously rumored mid-July introduction.