HomeNewsNext-gen GPU prices will all come down to crypto. Should you wait...
News

Next-gen GPU prices will all come down to crypto. Should you wait to buy? 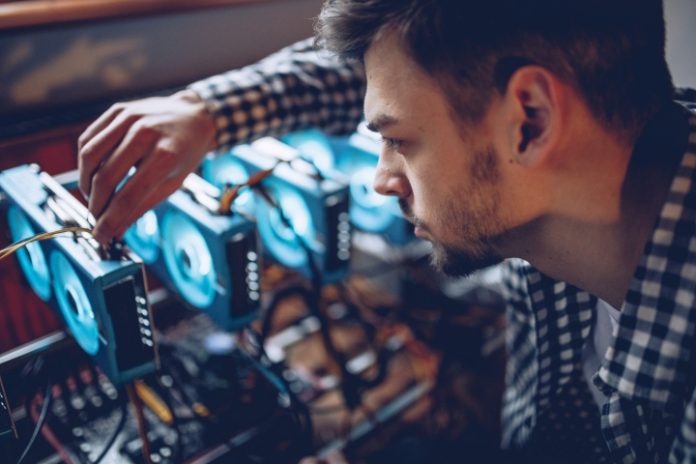 GPU prices are down to normal levels, finally. Exhale, take a step back; the GPU shortage is over. But don’t get comfortable for long. I don’t have a crystal ball, but it’s a good idea to start planning now if you want one of the best graphics cards.

While prices are lower than they’ve been in nearly two years and next-gen GPUs are on the horizon, another potential shortage could mean months more of waiting. And the last five years and two graphics card generations have shown that another boom in crypto could cause inflated prices again.

Isn’t there a better way?

You’d think that after five years and two catastrophic generations that AMD, Nvidia, and cryptominers would figure out a more elegant solution to mining than buying up a bunch of graphics cards. And they have, but one problem causes another to spring up, which is a big reason why GPU shortages may be less of an event and more of a cadence.

At the end of 2017 into 2018, the talk was all about Bitcoin. As I’ll dig into later, the demand for graphics cards went up as the price of Bitcoin did. The reason? Well, GPUs are much better than CPUs for mining, which is why they’re often targeted. But Bitcoin miners have an even more efficient tool these days — ASICs, or application-specific integrated circuits. As the name implies, they are computers optimized for one purposes only — and in this case, that’s cryptocurrency mining.

Although it’s easy to gawk at an aspiring miner buying up five or 10 graphics cards, much higher prices and shortages come from industrial mining, the kind that happens at scale. These miners are largely using ASICs to mine Bitcoin now as opposed to gobbling up graphics cards that offer a much lower return on investment.

Enter Ethereum, a cryptocurrency that has joined the ranks of Bitcoin in name recognition. The GPU shortage of 2020 largely came from Ethereum, which has the signature trait of being ASIC-resistant. That’s right, Ethereum is specifically designed to resist working with ASICs. There are a number of reasons why for the crypto community — decentralization of computing power chief among them — but the important point is that Ethereum works best with GPUs while Bitcoin has largely moved on to ASICs.

And make no mistake: Ethereum was the driving force behind mining-related sales. Ethereum miners spent about $15 billion on GPUs over the past year and a half, which is nearly 25% of all GPU sales. One report suggested that a quarter of GPU sales in the first half of 2021 went to miners, too.

The pandemic undoubtedly had an effect of prices, but the rapid drop in GPU prices in early 2022 exposes what was supporting such high, sustained prices. Just days before $800 billion in cryptocurrency value disappeared from the market in May, GPUs dropped by around 15%. And a month later, as crypto prices continued to drop, GPU prices dropped another 15%.

It’s true that the supply chain issues worsened and prolonged the GPU shortage, but we have historical context to see that it wasn’t the supply chain alone. Bitcoin, when it was still being mined with GPUs, went from around $7,000 per coin in November 2017 to nearly $18,000 at the beginning of 2018. And during that same period, the prices of GPUs nearly doubled. You don’t even need to look that far back to see the correlation. The term “GPU prices” reached it highest-ever search volume (including during the latest GPU shortage) at the beginning of 2018.

And, of course, there wasn’t a pandemic at that time. The improving supply chain has helped GPU prices drop below MSRP, but the mass drop-off in price largely came when Ethereum dropped. It’s been on a steady decline since the beginning of 2021, but it saw its largest dip in May (around 32%), right as GPUs became much more affordable.

Some estimates says the chip shortage won’t be fully over until 2024, and frankly, supply chain issues don’t suddenly disappear within a month. The GPU shortages of 2017 and 2020 are complex and based a lot of different factors, but the consistent thread between them is crypto, and that’s important to keep in mind for next-gen GPUs.

Next-gen on the horizon

If Nvidia and AMD keep up their normal release cadences, we expect RTX 40-series and RX 7000 GPUs later this year. Hopefully we won’t experience another GPU shortage, but it’s going to come down to the demand from cryptocurrency miners.

Although the shortage in 2017 came on as fiercely as the one in 2020, it didn’t last nearly as long. GPU prices boomed over the course of about six months, shortly before crypto flatlined. In 2020, the issues with the supply chain just compounded a similar situation, stretching it out over the course of nearly two years.

The last two generations have been marked by distinctly high GPU prices as crypto soars, and there’s no reason to think this generation will be any different. The good news is that, although we may see higher prices as next-gen GPUs start to roll out, we probably won’t find ourselves stuck in two years of GPU hell.

Facebook
Twitter
Pinterest
WhatsApp
Previous articlePoll: Do you care about updates on your Android phone?
Next articleInsta360’s next camera could be amazing for lowlight photography
- Advertisment -