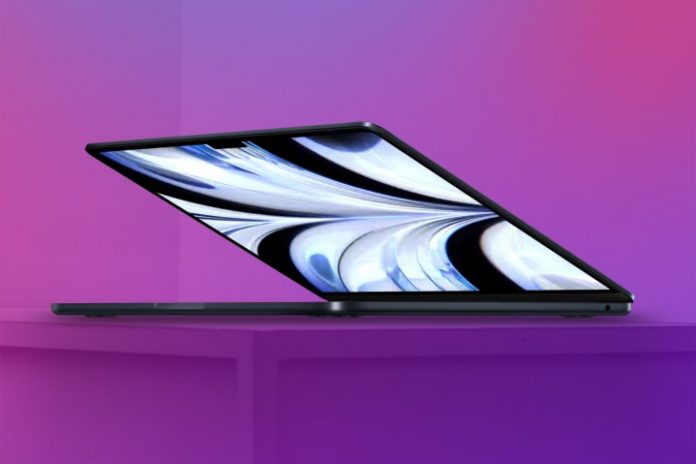 Apple’s new-look MacBook Air featuring the company’s latest M2 chip is set to go on sale on July 15, according to information obtained by MacRumors.

The report goes on to say that Apple’s updated laptop is expected to be available for pre-order on July 8, a week before it lands in stores.

The tech giant unveiled the M2 MacBook Air at its Worldwide Developers Conference at the start of June, though at the time it only said that the machine would be available some time in July.

To be clear, the July 15 date hasn’t been publicly announced by Apple. However, the Mac news site appears confident regarding the reliability of its source within the company’s retail division.

With a new ultra-slim design that ditches the Air’s distinctive wedge, an updated chip, a slightly larger 13.6-inch display, and a striking new Midnight color, Apple is expecting strong demand for the new laptop.

However, some may have been put off by the cost.

It’s fair to say that most potential buyers were hoping Apple would retain the attractive $999 price tag of the previous (and still available) M1 Air that launched in 2020, but frustratingly the company has decided to increase the cost of the most basic version of the new M2 model by $200, setting the price at $1,199.

For some, that’s a dealbreaker. The disappointing price bump even prompted one of DT’s writers to go for a more-than-capable refurbished M1 MacBook Air, saving himself around $430 in the process.

While the M2 Air does indeed look like a fabulous bit of kit, the all-new design means that interested customers may be wise to wait for the hands-on reviews to drop before making a final decision.

FBI: Deepfakes are being made using your data to apply for jobs

How to use Spotify Supergrouper to create fun music groups