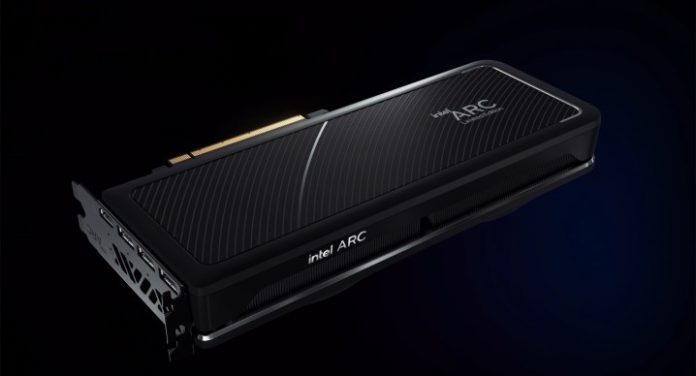 Intel has released the requirements for its Arc Alchemist range for desktops, which reveal a rather peculiar tidbit.

As reported by VideoCardz, the aforementioned document lists support for a total of three Intel CPU series, including its 12th-gen Core Alder Lake and 600 series motherboards, the 11th-gen Core Rocket Lake and 500 series, and the 10th-gen Core Comet Lake series and the 400 range of chipsets.

The guide naturally doesn’t make specific mention of any other platforms from competitors, but VideoCardz suggests that AMD-powered Smart Access Memory systems could be supported as “support for more platforms will be added at a later time.”

As for the Resizable BAR requirement that was listed in the document, the feature is a necessity to deliver ‘optimal performance in all applications’.

However, Intel has not confirmed whether the Arc Alchemist lineup of GPUs for desktops will function without Resizable BAR. This question is understandably worrying for the GPU community considering the fact that ReBAR is not something that is enabled on every single motherboard, as noted by VideoCardz.

As such, this could cause some confusion among those who buy an Arc Alchemist GPU in the future.

Elsewhere, the document shows how motherboards will need to offer a full-size PCI Express 3.0 (or newer) x16 slot in order to be compatible with Arc boards.

What’s going on with Arc Alchemist?

Intel’s Arc Alchemist launch for both laptops and desktops has not gotten off to a great start, and that’s putting it lightly. After what can only be described as a botched release pattern for its mobile version of Arc GPUs, the highly anticipated ranges of Team Blue’s desktop GPUs were delayed for an umpteenth time.

The Arc A3 GPU series is set to usher in the desktop lineup, although they can only be acquired by buying a pre-built PC. Furthermore, they are only available in China before expanding into other regions, which has yet to materialize.

And with Intel deciding to forgo the recent Computex event, which was a perfect event to re-introduce Arc Alchemist to the world, you have to start wondering what the real story is behind Arc’s unprecedented launch troubles.

In any case, time is running out: Next-gen graphics cards from Nvidia and AMD are due for a launch in the coming months, and they will, by all accounts, offer a much more attractive GPUs for similar prices to the Arc range.

Chromebooks might get another great feature from Windows laptops

Do the Pixel Buds Pro have active noise cancellation?