HomeHow toHow to get Yoroi armor in Halo Infinite
How to

How to get Yoroi armor in Halo Infinite 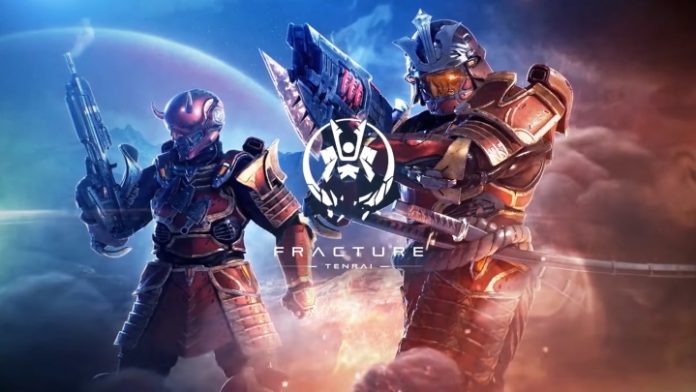 Play enough multiplayer in Halo Infinite, and you are certain to see awesome samurai-themed armor skins that give players the most unique looks in the game. “How do you get that armor core?” you may be wondering. Well, it’s called the Yoroi armor, and it’s tied to how Halo Infinite is handling its seasons.

If you want to upgrade your character’s armor appearance, you can gather armor cores in several different ways. The easiest way is to tag them on the campaign map and go open lockers. But special skins like Yoroi can’t be found so easily. Let’s go over the details about these skins, why the Yoroi is currently out of reach, and how to make sure you get a skin you have your eye on.

Where does the Yoroi armor come from?

The Yoroi armor was a reward from the first season of Halo Infinite, back in the early days of multiplayer. Season 1 took place for a few months in late 2021, and while it was live, players could complete a variety of challenges and take part in special events.

One of the most important special modes is Fracture, and in Season 1, it was the Fracture: Tenrai event. By completing Challenges in this mode, you could rank up in the Fracture Event Pass. Complete enough Challenges to make it to rank 5 in the Event Pass, and you unlock the Yoroi armor core. This is quite easy to reach, but for all samurai skins, you would need to complete the Event Pass up to at least Rank 25 to unlock the Yokai helmet or up to 30 to unlock Yokai attachments that can be mixed and matched for the ultimate samurai look.

As long as you were playing in Season 1, these rewards were free to earn. However, those who paid $10 for premium Battle Passes had an advantage over others, as they were able to complete more challenges at one time (it’s a weird system).

So there’s no way to get the Yoroi armor right now?

No. After Season 1 finished, the Fracture: Tenrai event ended. This event was the only way to earn the Yoroi armor. Keep in mind that the Season 1 Battle Pass, which can still be equipped, is a separate reward system from the Event Pass and has different cosmetic rewards that do not include the Yoroi armor.

Will the Yoroi armor be available in a future Halo Infinite event?

We don’t know. It will depend on if Halo brings back the Fracture: Tenrai event. If you’re familiar with seasonal passes, you know they operate with a bit of FOMO — fear of missing out on limited event items. Once the event is over, the cosmetics and other rewards aren’t usually available again by design. However, we don’t know enough about Halo Infinite’s approach to seasons (there are only two so far, and they’re markedly different from each other) to know if past Fracture events will return or not.

How can I make sure I get Halo Infinite armors?

Keep a close eye on seasons, and look at the rank rewards for both Battle Pass and the Fracture Event Pass to see if either has any armor skins that you’re interested in. For example, for Season 2, there’s a new event called Fracture: Entrenched. Completing challenges for this event can help you win the Eaglestrike armor skin, a bulky look that gives players an extra-armored appearance. Keep in mind that Fracture events are weekly events that come and go during a season, so watch for when the fracture event starts if you want Eaglestrike.

The important part is to know which option contains the armor cores that you want — Event Passes, Battle Passes, and the Premium Battle Pass all have cosmetics that can’t be accessed any other way. Find your preferred armor, and play in the right mode to unlock it. The good news is that you’ll have plenty of time to get Season 2 armors — currently, Season 2 is expected to last for six months.

How to measure a TV screen to find the perfect size

How to get Yoroi armor in Halo Infinite