How to download the WatchOS 9 developer beta right now 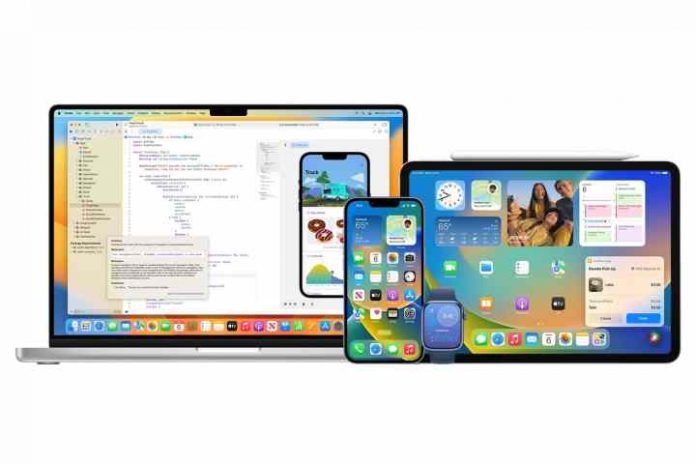 Apple has officially announced WatchOS 9, the next major update for the operating system of the Apple Watch. As usual, the new wearable OS brings a handful of new watch faces, improved sleep tracking, medication tracking, and enhanced workout options for runners.

As with the rest of Apple’s OS updates, WatchOS 9 isn’t coming until at least September, but that doesn’t mean you can’t get your hands on it sooner if you’re feeling particularly adventurous. Apple has an early beta out for developers to get their apps ready, and a public beta will likely arrive in the next month. In either case, if you’re willing to sign up for the appropriate beta program, you can take a peek now to see what’s new in WatchOS 9 on your own Apple Watch.

As with other early betas of major WatchOS releases, WatchOS 9 is only available for Apple developers right now. This means that the only way to get the WatchOS 9 beta today is to join the Apple Developer Program at a cost of $99 per year. A public beta typically arrives in early July, at which point you can sign up for Apple’s Beta Software Program for free and get a more stable version. From that point on, public betas will generally come within a day or two of each developer beta.

Note that you need to be running the iOS 16 beta on your iPhone before you can install the WatchOS 9 beta on your Apple Watch.

So, if you’re going to take the plunge into a WatchOS 9 beta, expect to be stuck with it. Don’t install it on an Apple Watch you rely on, as it could render your device unusable. If that happens, you’ll have no choice but to wait for the next WatchOS 9 beta and hope that it fixes whatever problem you’re having.

Apple’s warranty doesn’t cover devices running beta software, so if you do encounter problems, you won’t get any help from your local Genius Bar or Apple Authorized Service Provider. With the iPhone and iPad, you can at least restore to the last public release, but that’s not an option with an Apple Watch.

Back up your Apple Watch

Before installing any beta of WatchOS, it’s always a good idea to have a current backup of your Apple Watch. Beta software is still being tested, which makes it much more likely for things to go wrong.

You can find the instructions on how to do this in our article on how to back up your Apple Watch.

Even though you can’t restore an Apple Watch to an older version of WatchOS, a backup will come in handy if something goes wrong in WatchOS 9; you’ll at least be able to restore things back to the way they were at the point where you installed the update.

Getting the WatchOS 9 beta right now requires you to pay $99 to enroll in the Apple Developer Program. You can do this as an individual or an organization; however, the individual registration is faster and simpler as you don’t need to provide as much documentation — your legal name and address should be sufficient. Note that this won’t give you immediate access to the WatchOS 9 beta; you’ll need to wait for Apple to approve your application first, which may take a couple of days.

Step 4: Agree to the Apple Developer agreement by selecting the checkbox and choosing the Submit button.

Step 5: Choose Continue enrollment on the web to proceed. If you prefer, you can follow the instructions to download the Apple Developer app and complete the enrollment process directly from your iPhone or iPad instead.

Step 6: On the next screen, fill in your personal information and select Continue.

Step 8: Review the Apple Developer Program license agreement and accept it by selecting the checkbox and choosing the Continue button.

Step 9: If you would like your developer subscription to renew automatically each year, select the Check box in the Auto-renewal section.

Step 10: Proceed to the payment screen by choosing the Purchase button.

Step 11: Enter your payment details and complete your purchase.

Step 3: On the next screen, enter your Apple ID and select the right-facing Arrow icon.

Step 5: If prompted, enter the six-digit two-factor authentication code sent to your iPhone, and then choose Trust if you want to skip the verification code prompt the next time you sign in, or choose Do not trust if you’re using a shared or public browser.

Step 6: Read the Apple Beta Software Program Agreement and choose Accept to confirm your acceptance of it.

Your Apple ID is now enrolled in the Apple Beta Software Program. You won’t be able to download the WatchOS 9 public beta yet, but when it’s released, you can return here and sign in with your Apple ID to get the necessary configuration profile.

The steps to get the profile vary slightly depending on whether you’re a developer or a public beta tester, but once you’ve installed the profile, the process of installing the beta is the same.

Step 1: Using Safari on your iPhone, go to the appropriate website:

Step 3: Choose Allow to confirm that you want to download the configuration profile. The iPhone Watch app should open automatically.

Step 4: If you have more than one Apple Watch paired with your iPhone, choose which Apple Watch you want to install WatchOS 9 on.

Step 5: Select Install in the top-right corner to install the profile.

Step 7: Choose Install in the top-right corner to confirm the Apple beta agreement.

Step 8: When prompted, choose Restart to reboot your Apple Watch.

Your iPhone and Apple Watch are now ready to download the latest WatchOS 9 beta.

Once you’ve installed the WatchOS 9 configuration profile from either the Apple Developer Program or Apple Beta Software Program (when it becomes available) and backed up your Apple Watch, you’re ready to install the WatchOS 9 beta on your device.

This is done from your iPhone, the same as installing any other WatchOS 9 software update. The configuration profile you installed earlier tells your iPhone to fetch the beta software instead of looking for a public WatchOS release.

Step 1: Open the Watch app on your iPhone.

Step 3: Choose Software update. After a few seconds, the WatchOS 9 Beta should appear.

Step 4: Select Download and install to begin the process.

It may take anywhere from a few minutes to an hour or more to download the WatchOS 9 beta to your Apple Watch, prepare it, and install it on your device. As with normal WatchOS updates, your Apple Watch must be on its charger and charged to at least 50% capacity before the update will begin installing.

Thanks to the beta configuration profile, you’ll also get all future WatchOS 9 beta updates as they become available. Simply repeat the steps above to check for the latest beta software and install it when it becomes available.