Brand partnerships are part of every industry, from cars to fast food. But how many end up having much, if any, effect on people? In 2016, Huawei and Leica signed a deal to reinvent smartphone photography, and in May 2022, that multiyear partnership ended — bringing to a close an era that deserves to be celebrated.

Between them, Huawei and Leica created a series of superb cameras and drove forward massive advancements in mobile photography. They also changed the way I thought about taking photos with a phone. Leica is about to embark on a new photographic endeavor, and history shows it could be the beginning of something extraordinary.

Let’s start with a short history lesson. The P9 was the first Huawei smartphone to feature Leica’s branding on the back. The two 12-megapixel cameras were codeveloped with the camera experts, and Leica had a hand in creating the software for the camera app, too. It immediately felt like a collaboration. Something special — not a boring marketing tactic. Then came the Mate 9, the P10, and the P10 Plus, refining the formula before the Mate 10 Pro and P20 Pro arrived in 2018.

These two phones used Huawei’s Neural Processing Unit (NPU) to add AI technology to the cameras, with scene recognition enhancing the Leica camera lenses and its tweaked software. Both also had monochrome cameras, and in the case of the P20 Pro, a 3x optical zoom. After these two, Huawei and Leica worked together on the P30, P40, and P50 series, plus the Mate 20, Mate 30, and Mate 40 series. The P50 Pocket arrived this year without a Leica camera, and the still unofficial Mate 50 isn’t expected have one to either.

The P30 Pro may have been the pinnacle of Huawei and Leica’s partnership, but the P20 Pro and Mate 10 Pro were transformative and felt like the beginning of something exceptional. The use of AI was innovative and exciting, while the optical zoom and monochrome camera — a feature that helped tie it directly to Leica — set them apart from the competition. There were other good cameras around then, but none were as inspirational and creatively freeing as Huawei’s.

Not the first, but certainly the most collaborative

Huawei and Leica’s partnership wasn’t the first time we’d seen a collaboration between a phone maker and a camera expert. Nokia and Zeiss (known as Carl Zeiss during the relationship) teamed up to produce some highly regarded camera phones. But it happened at a time when phones themselves were not slim or light, camera modules contained a single camera, and AI was still mostly science fiction. Before that, Sony capitalized on its own camera expertise with phones that wore the CyberShot brand name.

None were the same as Huawei and Leica. Around the time of the P20 Pro, it was evident that this was a very different kind of tech industry partnership. Why? Neither company treated it solely as a marketing exercise. Leica and Huawei took the cameras, the features, the software, and the overall quality very seriously. The original press release confirms how deep the partnership went, saying it would “span research and development, design, co-engineering, user experience, marketing, and retail distribution.”

In addition to the wide-reaching scope on the technical side, the two companies also had a clear goal — to “offer professional-level camera equipment matched with true mobile ease of use.” This high-level of involvement and clearly defined and reasonably achievable goal helped from the outset, letting Huawei’s understanding of the smartphone business and user interface design blend in with Leica’s deep understanding of and passion for photography.

The results were ground-breaking. Huawei’s Leica-equipped phones took lowlight photography to a new level, introduced us to spectacular bokeh effects, pioneered AI for scene recognition, and showed optical zoom on a smartphone could be done without enlarging the phone itself. We take many of these features for granted today, and while some may not strictly be Huawei-first inventions, Huawei and Leica were the first to make them usable and accessible to everyone. 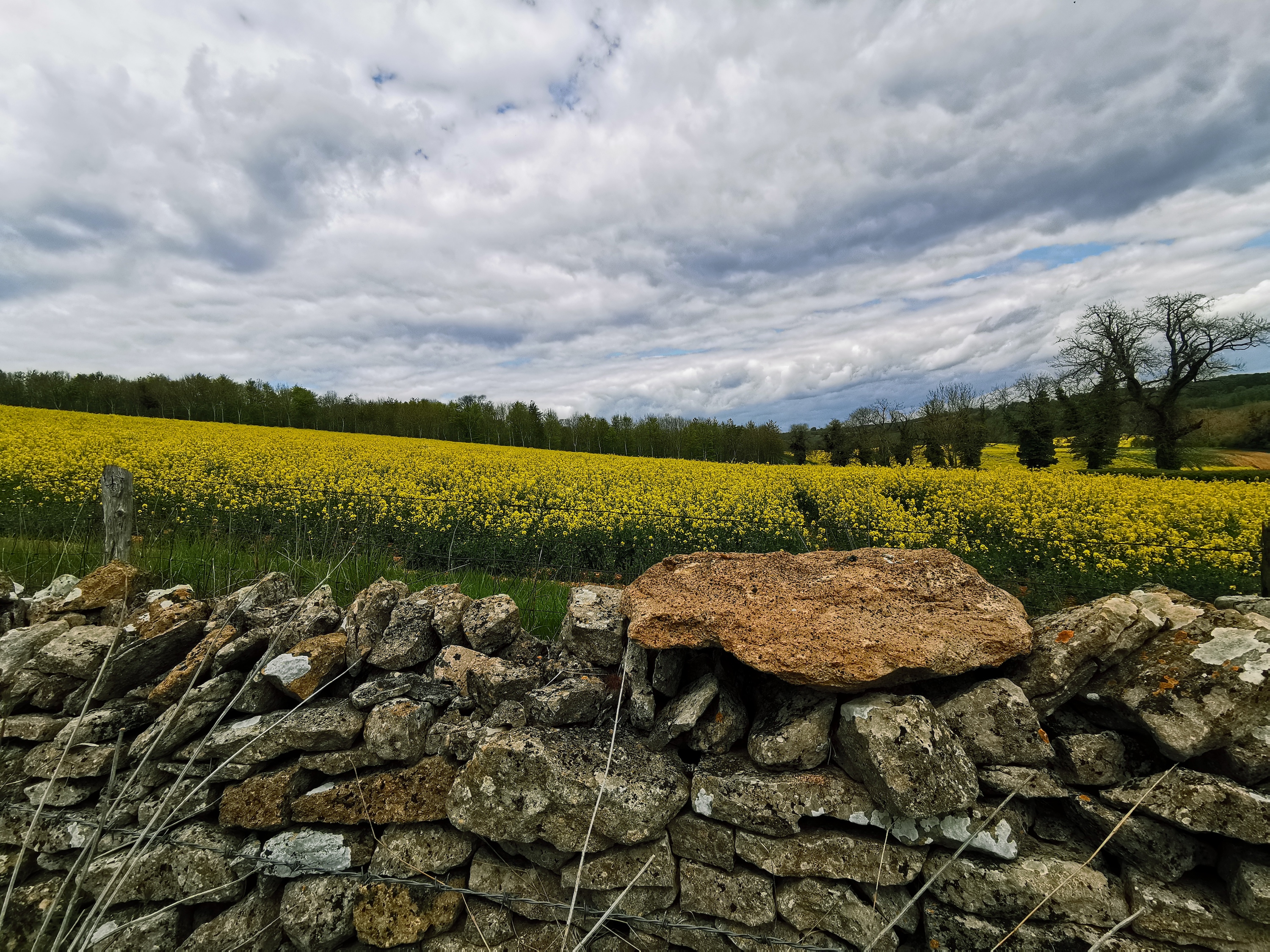 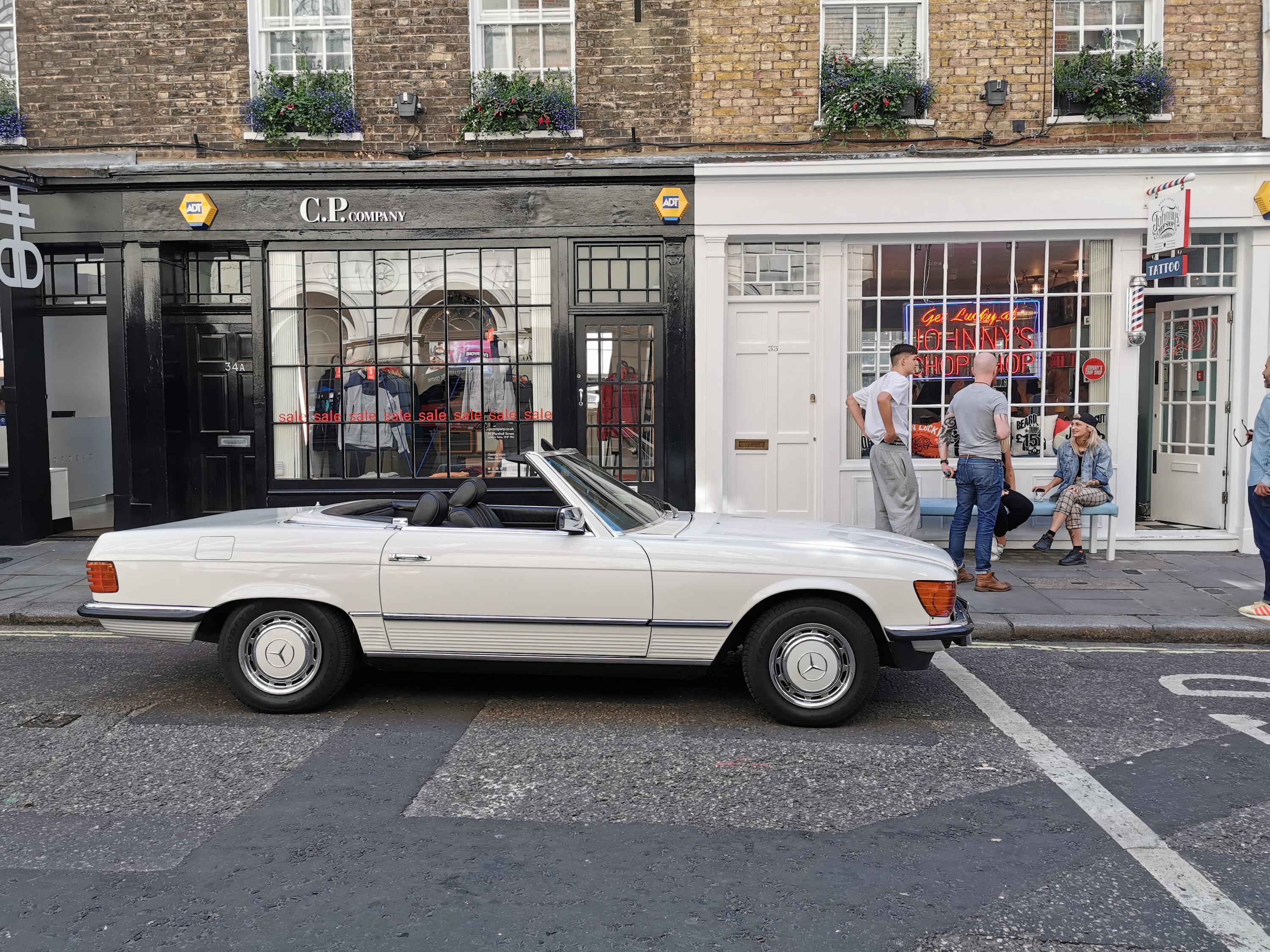 If nothing else, it was a partnership that demanded inspiration and creativity. When I started regularly using Huawei and Leica cameras, around the time of the Mate 10 Pro and P20 Pro, it was the first time I was going out specifically to take photos. I’d never been creatively encouraged by a product like that before, and looking back, I know it’s because of how well the partnership was working. Huawei and Leica were delivering on the promise of delivering pro-level equipment to the regular person, and having access to it made me want to exploit it. I wasn’t the only one either.

To take advantage of the camera’s ability, I had to get better at taking photos. The difference was that I wanted to get better, and I wanted to see if the cameras really could inspire me artistically. I’ve got hundreds, if not thousands, of photos I’ve taken with all the Huawei and Leica camera phones to prove that they really did boost my creativity. 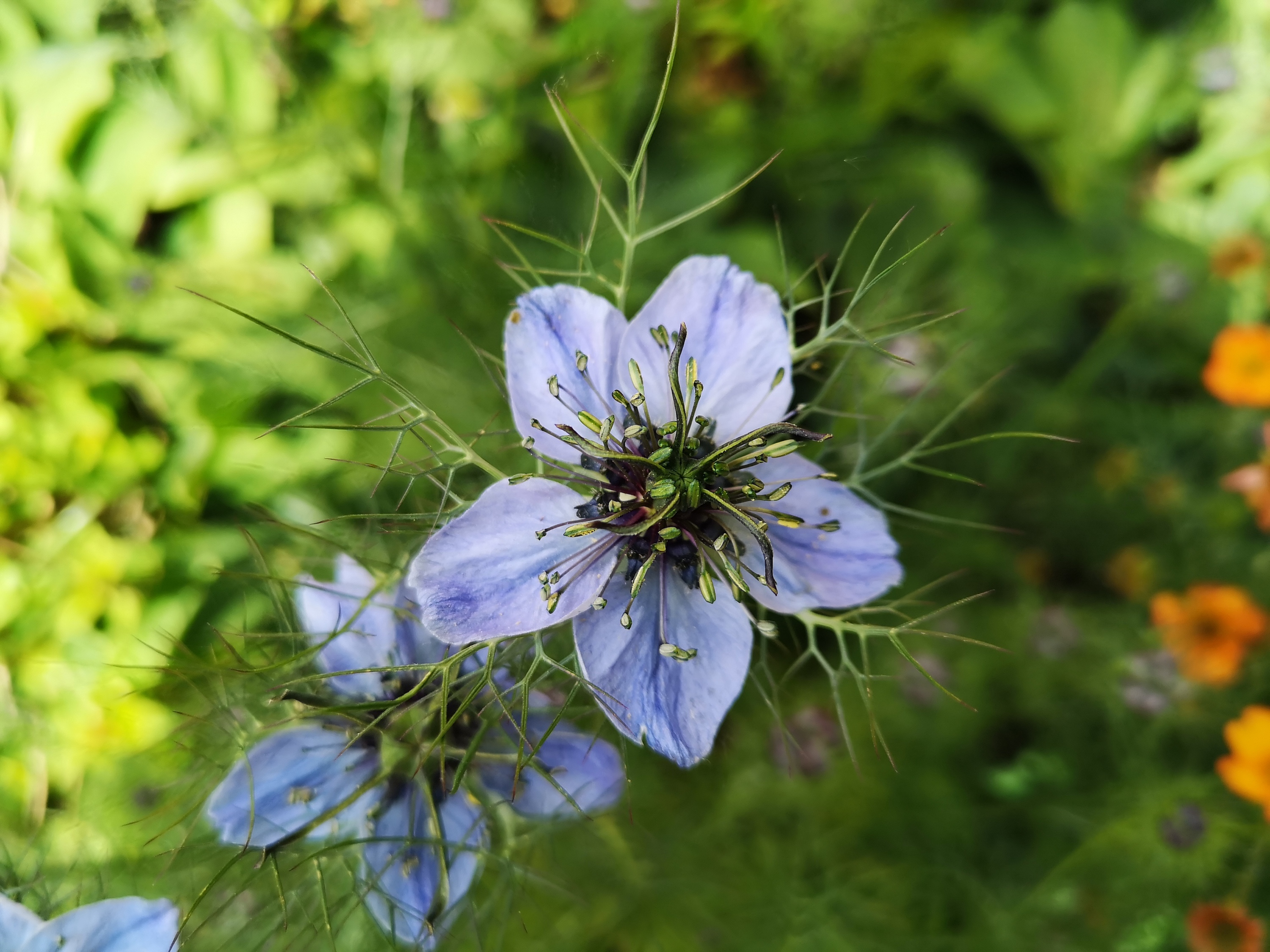 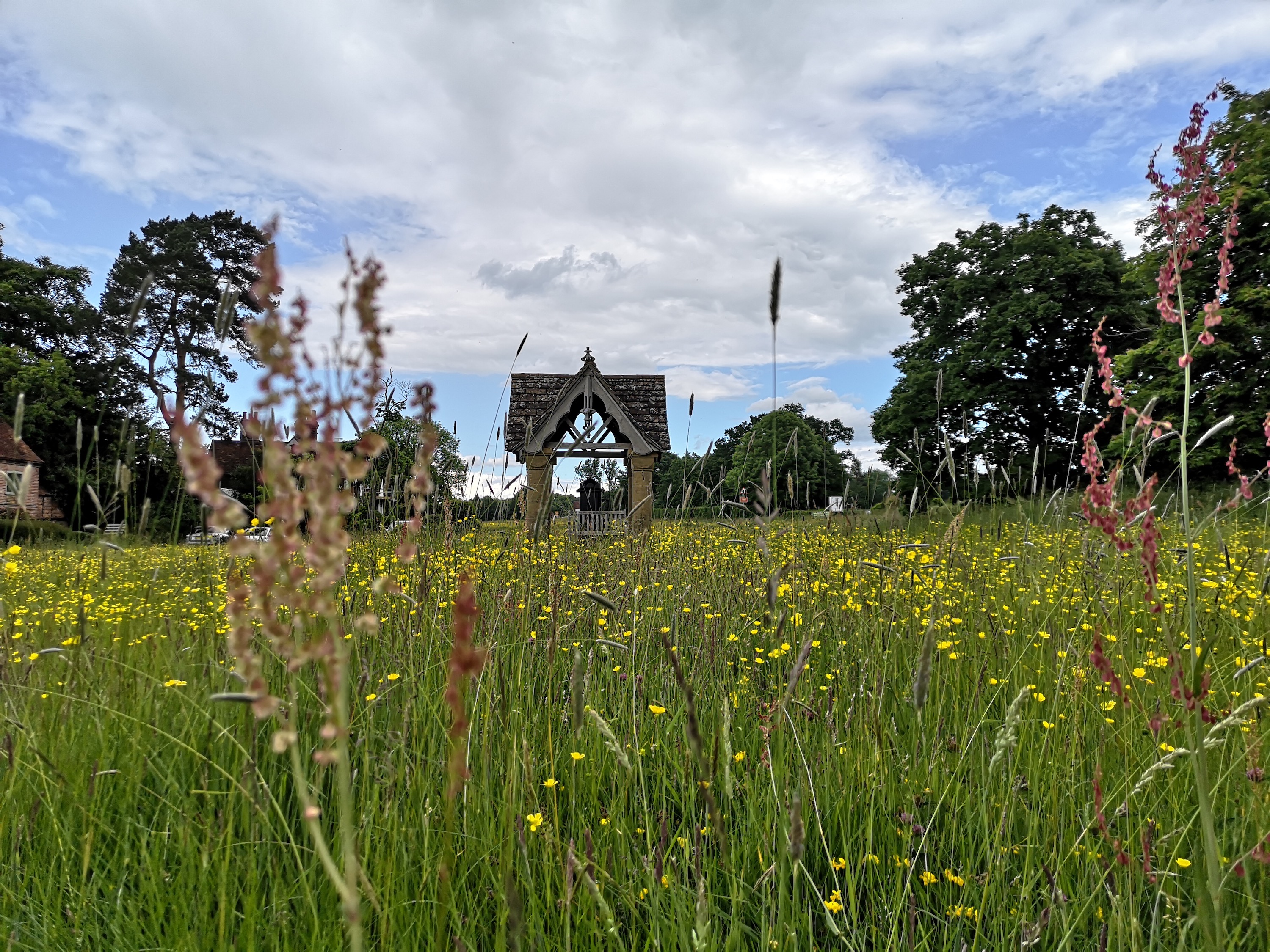 I’m by no means a great photographer, but it was these cameras that got me to the stage I am today, where I think about taking a photo before I take it. Before the P20 Pro, I pointed the camera at something and pressed the button. There’s nothing wrong with that, but the enjoyment I glean from taking photos is amplified many times over today, and I credit that to Huawei and Leica’s smartphone cameras.

Today, the closest the mobile industry gets to a similar partnership is the one between OnePlus and Hasselblad, but so far, it hasn’t delivered the goods. Hasselblad only works on the software side, and while there is a clear progression in what impact Hasselblad’s expertise has had on OnePlus’s cameras, the companies have stopped short of greatness.

Some gimmicky features haven’t helped with convincing us there’s real depth to the partnership. And now that Hasselblad is also working with Oppo on its smartphone cameras, the camera maker may be overstretched and unable to give either brand the attention that made Huawei and Leica such a force to be reckoned with.

Vivo and Zeiss are a pair to watch, though. Zeiss provides both software and hardware for Vivo’s cameras, and Vivo itself has been innovating in the field of image stabilization with its uncanny gimbal system in phones (such as the X70 Pro and X80 Pro). For now, though, these partnerships haven’t had the same effect as Huawei’s and Leica’s did, but it may happen in the future.

However, rather than any of these team-ups going on to rival Huawei and Leica, it’s possible Leica itself will once more set the bar for camera phones with its newly announced partnership with Huawei rival Xiaomi. Rumors link the pair to a flagship camera phone named the Xiaomi 12 Ultra due in the coming months. To really whet our appetite, there’s a familiar-sounding statement from Xiaomi’s CEO Lei Jun in the official press release regarding the new deal:

“During the cooperation, from optical design to tuning aesthetic orientations, the innovative technologies, product philosophies and imaging preferences of both parties have experienced unprecedented in-depth collision and fusion.”

“We are convinced that the first jointly developed imaging flagship smartphone makes the pioneering progress of both companies visible. We will provide consumers in the field of mobile photography exceptional image quality, classic Leica aesthetics, unrestricted creativity, and will open a new era of mobile imaging.”

The similarity in the mission statement to the one Leica shared with Huawei in 2016 does suggest it could be the beginning of another rich, collaborative, and exciting partnership. Xiaomi’s cameras have always been decent, but have never quite reached the level where they truly inspire — much like Huawei’s cameras before it worked with Leica.

Together, Huawei and Leica delivered multiple amazing camera phones by combining the right hardware with cutting-edge software, as well as by sharing an intricate understanding of photography as an art form. Just as important, there was mutual respect for each other’s fields of expertise.

We’re regularly spoiled by incredible camera phones today, but I’ve yet to come across one that really matches just how special the early Huawei and Leica cameras were. I’m going to miss seeing Leica’s name on the back of a Huawei phone, but I’m really fascinated to see where it goes with Xiaomi.

The new MacBook Pro with M2 chip is coming June 17