HomeNewsHere’s why Stage Manager only works on M1 iPads
News

Here’s why Stage Manager only works on M1 iPads 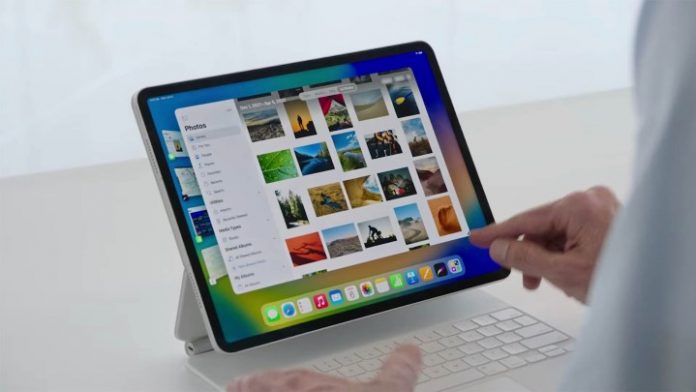 At its Worldwide Developers Conference (WWDC) 2022, Apple announced numerous new features for iPadOS 16. One of the most prominent advances in the next-gen iPad software is the presence of more granular windows management, which Apple calls Stage Manager. The feature lets you resize tabs, reorder them, and group multiple apps together. For the first time in the history of iPads, you now have the option to play around with multiple windows simultaneously.

While iPadOS 16 is compatible with tablets ranging from the A9-powered fifth-gen iPad, not all features will roll out to non-M1-powered machines — the most notable being Stage Manager. If you bought an iPad Air 4, 2020 iPad Pro, or another older model, you will not get Stage Manager with the iPadOS 16 update. Without the new windows management feature, iPadOS is pretty barebones.

Why Stage Manager is limited to M1 iPads

We reached out to Apple to ask why Stage Manager is limited to the M1-powered iPads, and we got a reasonable answer. According to the company, Stage Manager is limited to M1 chips mainly due to iPadOS 16’s new fast memory swap feature, which Stage Manager uses extensively. This lets apps convert storage into RAM (effectively), and each app can ask for up to 16GB of memory. Since Stage Manager enables you to have up to eight apps going at once — and because each app could ask for 16GB of memory — it demands a lot of resources. As such, the new window management feature needs M1 for smooth performance.

This also leads to an interesting question. ProRes 4K video on the iPhone 13 Pro and 13 Pro Max is limited to the 256GB and above storage variants. Could Stage Manager on iPads also be exclusive to the higher memory models? In theory, maybe. But practically speaking, the M1 chip functions more effectively than the A-series processors. As a result, the storage conversion to RAM, when asked for it by an app, is frictionless on the M1 chip.

Which iPads will get Stage Manager in iPadOS 16

iPadOS 16 is compatible with iPads powered by an A9 processor (going back to 2015) and above. By contrast, Stage Manager is limited to M1-powered iPads (launched in 2021 and 2022). Apple tablets that support Stage Manager include:

What to expect with iPadOS 16 on non-M1 iPads

I’ve been using the iPadOS 16 Developer Beta on my iPad Air 4, and so far, it’s been underwhelming. On paper, there are a plethora of features for non-M1-powered iPads — including updates to iCloud Shared Photo Library, Messages, Mail, Safari, and more. But all of these features can also be experienced on iOS 16. Basically, you’re missing out on the one feature that makes iPads feel refreshing with iPadOS 16 if you have an iPad with an A-series chip.

Notably, if you own an iPad older than the one running on an A12 Bionic chip, you will also miss out on the all-new dictation experience, which is slated to make the voice, touch, and Apple Pencil input more seamless and fluid.