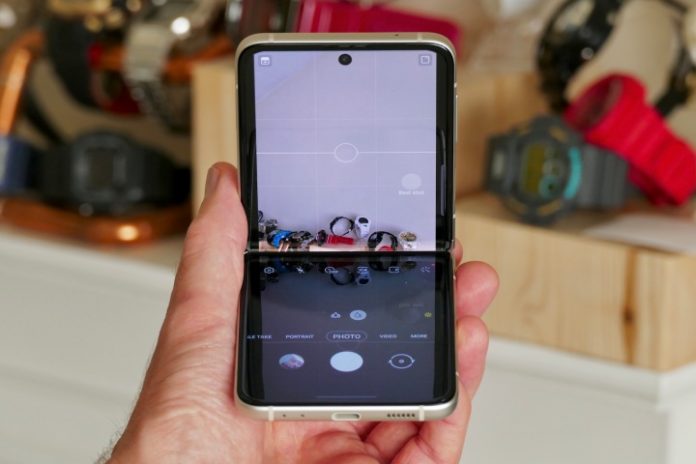 The Samsung Galaxy Z Flip 4 is expected to launch in the coming months, and according to one new report, the folding phone could have a drastically improved crease. The report comes from reliable Samsung tipster Ice Universe. In a Tweet published on June 3, Ice Universe says that the Z Flip 4’s crease is “much shallower than that of the Flip 3, and I think most people will be satisfied.”

We’ve seen numerous companies address foldable creases in recent months. The Oppo Find N’s waterdrop hinge keeps its crease to a minimum, as does the wider hinge design of the Vivo X Fold. For its part, Samsung’s hinge design on the Z Fold 3 and Z Flip 3 makes the crease in its folding phones considerably more noticeable. Ice Universe’s Tweet doesn’t explain how the Z Flip 4’s crease will compare to the Z Flip 3, but hearing that it’s “much shallower” suggests the difference will be substantial.

Furthermore, this is the second comment from Ice Universe this week about the Z Flip 4’s smaller crease. On May 31, Ice Universe also shared four photos of a case for the phone, revealing a redesigned hinge that’s narrower than the Z Flip 3’s. The crease on the Flip 3 isn’t a deal-breaker, but it’s also something you’re regularly reminded of when navigating the screen or looking at it in certain lighting conditions. If Samsung plans to reduce the crease presence as suggested here, it’s a change that’ll be more than welcome.

Beyond the change in crease size, the rest of the Galaxy Z Flip 4 is shaping up to be quite familiar. A recent specifications leak for the Flip 4 claims it’ll have the same 120Hz AMOLED display as the Z Flip 3, a slightly bigger 4000 mAh battery, an identical camera system, and the newer Snapdragon 8 Gen 1 chipset — all crammed into a body that should look virtually identical to its predecessor. While none of that’s particularly exciting, Samsung doesn’t need to reinvent the wheel with the Z Flip 4. The Z Flip 3 is already a strong foundation for a flip-phone foldable, and one that we praised highly. If the Z Flip 4 improves that formula with newer internals and a smaller crease as is being suggested, that’s reason enough to get our interest.