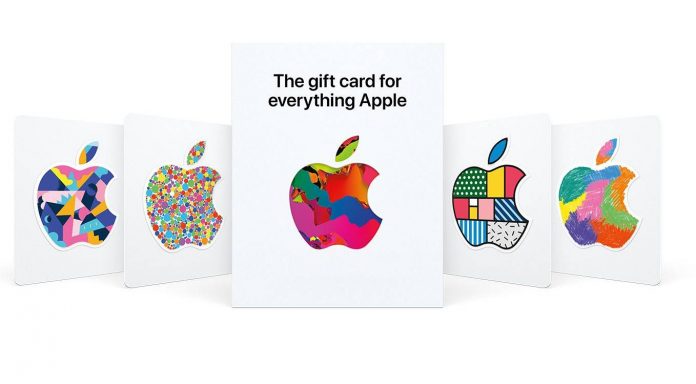 The card can be used at the App Store and other online services, but it can also be used to buy products and accessories in the Apple Store.

Apple launched the gift card in 2020 for U.S. customers, and last year expanded its availability to Canada and Australia. Dutch blog iCulture.nl spotted the card’s new availability in Europe.

Apple has a dedicated page on its regional websites explaining what the card does and how it can be used. “Products, accessories, apps, games, music, movies, TV shows, ‌‌iCloud‌‌, and more. This gift card does it all. And then some,” reads the tagline.

Customers can decide what amount they want on the cards, which can also be used to add money directly into an Apple Account Balance for paying for things like Apple products, accessories, apps, games, music, movies, TV shows, and more.

The cards have a distinctive design, with colored Apple logos. There are a total of five designs, and the cards can be purchased, personalized and received via email using Apple’s online purchase portal.
This article, “‘Everything Apple’ Gift Card Now Available in Several European Countries” first appeared on MacRumors.com