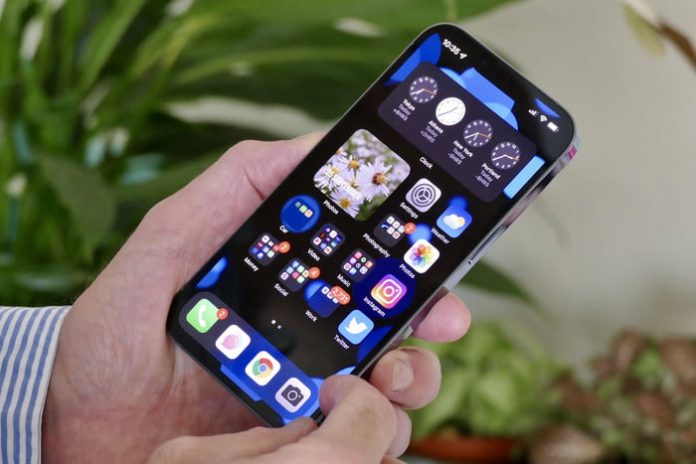 If you’re in the market for a new iPhone and want to make sure you can take advantage of all the great things that 5G offers, then it’s essential to make sure you get the right model. Fortunately, that’s not hard to do. However, it can still be confusing to know which models support “real” 5G’ and which ones will be left behind, especially when roaming across international boundaries.

The short answer to this quandary is that every iPhone released since the fall of 2020 supports at least some flavor of 5G. This includes the entirety of the iPhone 12 and iPhone 13 families, plus the third-generation iPhone SE that came along in early 2022. That last entry also makes it a safe bet that from now on, we’ll never see a new iPhone from Apple that’s not 5G-capable.

However, the longer answer is that there are some things you should watch out for when you’re looking to get an iPhone that’s compatible with your preferred 5G service.

As long you purchase your iPhone from an Apple Store or other legitimate retailer in your home country, you can be confident it supports the necessary 5G frequencies, and that’s even more of a sure thing if you get one directly from your carrier.

Things can get a bit tricky when you buy an iPhone in one country for use in another. Whether you’re ordering a new iPhone abroad to save a few bucks, picking one up on vacation, or moving to a new country, you’ll need to ensure that the iPhone you’re getting is fully compatible with your chosen carrier.

The iPhone 12 lineup comprised 17 different variations, however, Apple added a fifth column last year, with a new version of each iPhone 13 model to ensure compatibility with 5G services in Armenia, Belarus, Kazakhstan, Kyrgyzstan, and Russia.

The good news is that this isn’t as complicated as it sounds. Long gone are the days when Apple sold different iPhones for Verizon, AT&T, and T-Mobile. Now, Apple sells only a single version of each iPhone in the U.S. that’s compatible with the 4G and 5G frequencies on all U.S. carriers.

However, a different version is sold in the rest of North America, including Canada, Guam, Puerto Rico, and the U.S. Virgin Islands. This version is also sold in Japan and, in the case of the iPhone 13 lineup, Mexico and Saudi Arabia.

The other worldwide variations are one specific to mainland China, Hong Kong, and Macao, the aforementioned iPhone 13 variant for some Eastern European countries, and a “global” version that covers the 5G services offered in the rest of the world.

The Chinese models of the iPhone 12 Mini and iPhone 13 Mini are split in two, with one version for mainland China and the other for Hong Kong and Macao. Another significant difference is that all iPhones sold in mainland China feature two physical SIM card slots instead of an eSIM. Except for the iPhone mini and iPhone SE, this also applies to those sold in Hong Kong and Macao.

This shouldn’t be a problem for most folks, but you could get yourself in trouble if you’re planning on engaging in a bit of cross-border shopping. For example, popping up from Seattle to Vancouver might score you a better deal on an iPhone 13, but you’ll likely be getting the Canadian model, which will only be partially compatible with the 5G service offered by U.S. carriers. The same applies if you pick up an iPhone while traveling in Puerto Rico or Guam, which are typically the same models sold in Canada.

The key difference between North American iPhone models is support for the extremely high-frequency mmWave band. This is used widely by Verizon in major urban centers and by AT&T in congested areas like stadiums and airports. T-Mobile has also deployed it in a few densely populated areas, although it doesn’t talk about it nearly as much.

While this will likely change someday, Apple currently sells its mmWave-capable iPhone models exclusively in the U.S.. Every iPhone 12 and iPhone 13 sold in the U.S. supports mmWave, regardless of carrier. No iPhone made to be sold outside of the U.S. supports mmWave. Notably, the U.S. models support mmWave bands that are used exclusively in other countries, so Apple could eventually sell them elsewhere; it’s simply chosen not to do so, at least for now.

In practical terms, this means you can buy an iPhone from T-Mobile and use it on Verizon’s 5G Ultra Wideband network and get full mmWave speeds (assuming you’re within a block or so of a mmWave transceiver). However, if you pick up an iPhone in Toronto, you’ll be limited to the midrange C-band portion of Verizon’s network.

Support for mmWave is the only difference between the iPhone 12 and iPhone 13 models sold in the U.S. and those sold in Canada and the U.S. territories. So, an iPhone 13 purchased in Guam will work fine on low-band and mid-band 5G.

However, this won’t work quite as well if you want to pick up a new iPhone while traveling in Europe. Although a European iPhone 13 supports most of the same 5G frequencies used in the U.S., a couple of key bands are missing. For example, only North American iPhone models support the 600Mhz frequencies used by T-Mobile in more sparsely populated areas. For the curious, Apple offers a helpful list of supported 5G and LTE frequencies for each iPhone model sold in each country.

So, what’s the bottom line? Don’t buy an iPhone from another country unless you’re sure you know what you’re doing. If you’re emigrating to a country where different iPhone models are sold, be prepared to replace your iPhone if you want the best possible 5G coverage in your new home. Lastly, stick with the iPhone 12, iPhone 13, and other flagship models if you want the fastest possible 5G speeds in densely populated areas, as the budget iPhone SE doesn’t offer mmWave support.

Can I add 5G to an older iPhone model?

Although AT&T did a brilliant job of muddying the waters with its 5GE stunt, no iPhone before the iPhone 12 supported 5G, and this isn’t something that can be added retroactively through a software update.

Cellular technologies are driven by hardware, specifically things like modem chips and antennas. This means a smartphone can’t support 5G unless it’s been designed for this from the ground up.

If you’re on AT&T, your iPhone 11 or iPhone XR may show a “5GE” symbol, but don’t be misled into thinking you suddenly have a 5G-capable device, as 5GE is a silly marketing name AT&T uses for its advanced 4G/LTE network. It’s the same technology you’d be using if your iPhone was on Verizon or T-Mobile, where they’d more accurately show a “4G” or “LTE” symbol.

Apple lags slightly behind the curve

One other point worth mentioning is that Apple’s iPhones have always lagged a bit behind when it comes to the latest and greatest 5G technology.

The iPhone 12 came late to the game, over a year after the Samsung Galaxy S10 5G appeared on the scene in early 2019. By early 2020, 5G became the norm on Samsung’s flagship smartphones. Apple didn’t enter the 5G arena until that September.

Since Apple uses Qualcomm’s 5G modem chips (for now), it’s also been hampered by its iPhone release schedule. Each year, Qualcomm previews its newest 5G chips around the time of Mobile World Congress (MWC) in March, which doesn’t leave enough time for Apple to get them into its newest iPhones.

The iPhone 12 launched with Qualcomm’s Snapdragon X55 modem at the same time that Samsung and other Android handset makers were already preparing to use the X60 modem, and this was repeated in 2021 when the iPhone 13 moved to the X60 only months before the Galaxy S22 showed up with the improved Snapdragon X65. There’s every reason to believe the trend will continue with this year’s iPhone featuring the Snapdragon X65 instead of the recently announced Snapdragon X70.

This isn’t something that most folks will be affected by in day-to-day use, mainly since 5G networks aren’t nearly up to the task of delivering the 10Gbps 5G peak download speeds that the X70 is capable of. However, newer Qualcomm chips also consume less power, resulting in better battery life. It’s a small wonder that Apple wants to build its own 5G modem chip instead of continuing to rely on Qualcomm.

That’s it. You should now be completely able to make the correct, informed decision about buying a 5G iPhone.