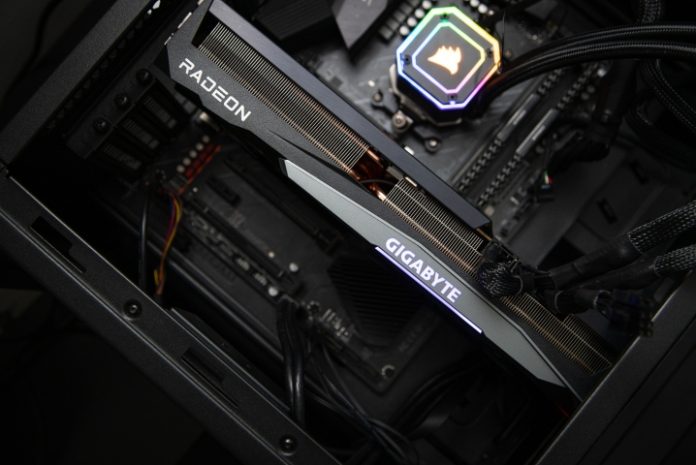 A new rumor suggests that AMD’s RX 7000 graphics cards — based on the RDNA 3 architecture — could launch as soon as October.

Known AMD and Nvidia leaker Grymon55 says that AMD’s next-gen graphics cards are set to launch in late October, and they’ll be here “no later than mid-November.” Although we haven’t seen an official release date, AMD’s graphics road map recently re-confirmed that the cards will launch before the end of 2022.

Greymon’s rumor comes at an interesting time. GPU prices are falling, and many graphics cards are available at or below list price. Although AMD’s current offerings are impressive, rumors point to next-gen cards offering a massive performance increase. Some speculation says that even entry-level RX 7000 GPUs will be able to outperform the mighty RX 6900 XT.

AMD isn’t the only one releasing new GPUs this year. We also expect Nvidia to release its RTX 40-series graphics cards. Nvidia hasn’t confirmed that it’s even working on these cards, but the company’s normal release cycle suggests new graphics cards are on the way.

Leakers say Nvidia’s next-gen GPUs will use a 4nm manufacturing process, which could give Team Green a leg up. However, rumors from the past several months point to RTX 40-series GPUs drawing an obscene amount of power. We don’t have official specs from AMD or Nvidia, but murmurs suggest that AMD’s cards could be more efficient.

Although we don’t have any confirmed release date from AMD, we’ll almost certainly see AMD’s Ryzen 7000 CPUs before next-gen GPUs arrive. AMD confirmed that Ryzen 7000 CPUs will launch in early fall and confirmed several key specs (such as that the flagship chip will come with 16 cores). Given that we have more confirmed details about Ryzen 7000, we expect them first.

Regardless of which comes first, we expect Ryzen 7000 and RX 7000 to launch within a few months (or maybe even weeks) of each other. RX 7000 GPUs are rumored to support PCIe 5.0, and Ryzen 7000 is AMD’s first platform to support the new PCIe standard. Although AMD has confirmed Ryzen 7000 GPUs are coming in 2022, the recently released Ryzen road map confirms mobile options won’t arrive until the beginning of 2023.

It’s not a great time to buy a new GPU if you want the best performance, but graphics card prices may rise again. The GPU shortage is over, but it’s possible that next-gen options from AMD and Nvidia will push prices up again. Regardless of when you buy, make sure to keep our roundup of the best GPU deals handy so you can save some money.