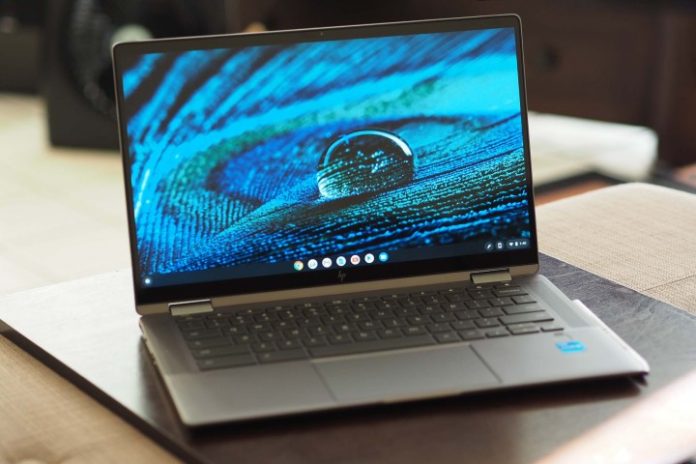 Serious gaming on ChromeOS could soon be a bigger reality and get a huge boost to leverage the power of Steam.

According to a report from Chrome Unboxed, a Chromebook with some kind of Nvidia GPU could soon be on the way. Nothing has been officially confirmed and the report is based on pure speculation, but listings in the Chromium Gerrit are fueling the latest rumors. Those listings make mention of “Agah” which Chrome Unboxed believes is some kind of Chromebook with an Intel Alder Lake CPU, and Nvidia GPU.

Additionally, “Agah” was also renamed from the earlier project of “Draco,” which has an attached email domain that has been involved with HP projects, per the publication (though that might be uncertain). This hints that a Chromebook with Nvidia GPU could be coming from HP, possibly by the end of this year or in 2023 after the Consumer Electronics Show.

A Chromebook with an Nvidia GPU isn’t something that happened overnight as it has been rumored for some time. Work on this has been happening since January according to listings tracked by Chrome Unboxed in the Chromium Repositories. Those changes then evolved in March to mention a dedicated GPU, with additional speculation coming in the past week.

Nvidia and MediaTek also partnered on a project in 2021, but there haven’t been any Nvidia fruits of that to date, with only the Acer Spin 513 coming out of that deal, which has no Nvidia GPU, per Chrome Unboxed.

All of this comes alongside the announcement earlier this year that Steam would be coming to select Chromebooks. It is unknown what a possible Chromebook with Nvidia GPU could end up looking like, but there are many devices in the Windows space that can be used as an example. HP, said to be involved here, has the Omen brand of Windows gaming laptops. An HP Omen-branded Chromebook could be a possibility.

It is not uncommon for Chromium Repositories to reveal incoming hardware or projects, either. Earlier this month, references to “body detection” were spotted, suggesting Chromebooks might get a similar feature from Windows laptops, with the ability to track your face and lock the screen when you step away from your device.