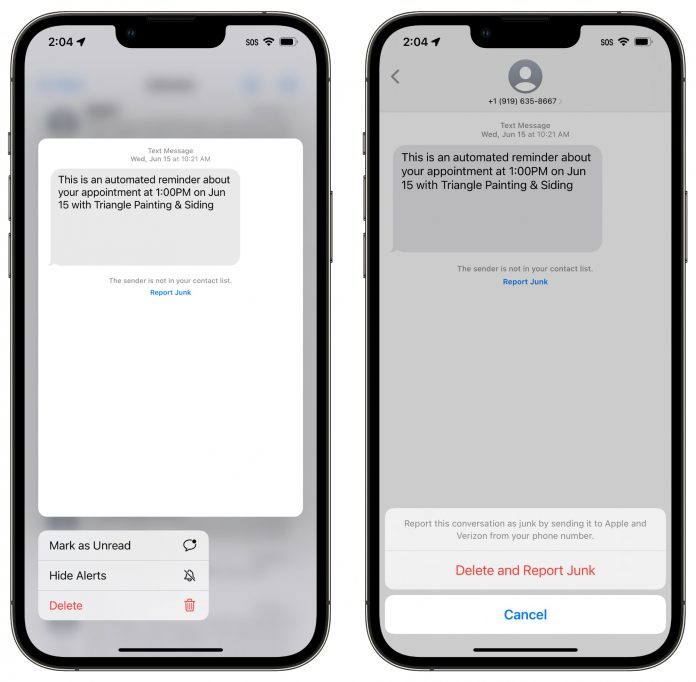 With the second iOS 16 beta, Apple is expanding the built-in “Report Junk” feature in the Messages app to cover SMS/MMS messages, allowing spam messages to be reported to select carriers in the United States.

If you long press on an SMS/MMS message in the Unknown Senders section of the Messages app in ‌iOS 16‌, you can select the “Report Junk” option. Using this option lets you report a message as junk, sending it to Apple and Verizon and deleting the message.

Google News gets a clean new look for desktop browsers