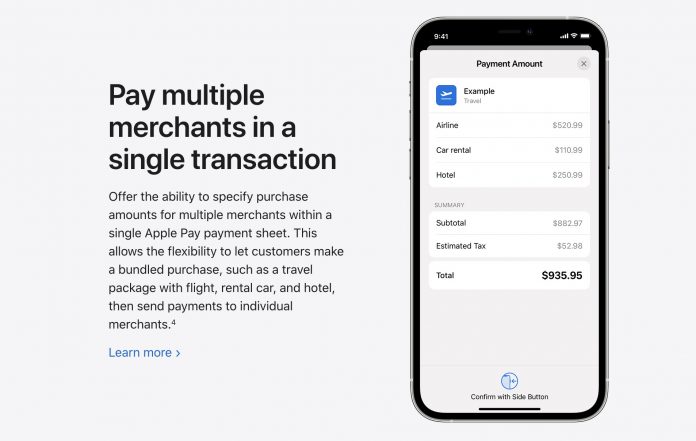 Starting with iOS 16, iPadOS 16, macOS Ventura, and watchOS 9, Apple Pay will allow users to pay multiple merchants in a single transaction within supported apps. Apple says this feature will let users make a bundled purchase, such as a travel package with flights, a rental car, and a hotel room, all in a single Apple Pay payment sheet.

Apple Pay has also received a redesign on macOS Ventura, with the payment sheet now looking similar to the one on iOS 15 and later. 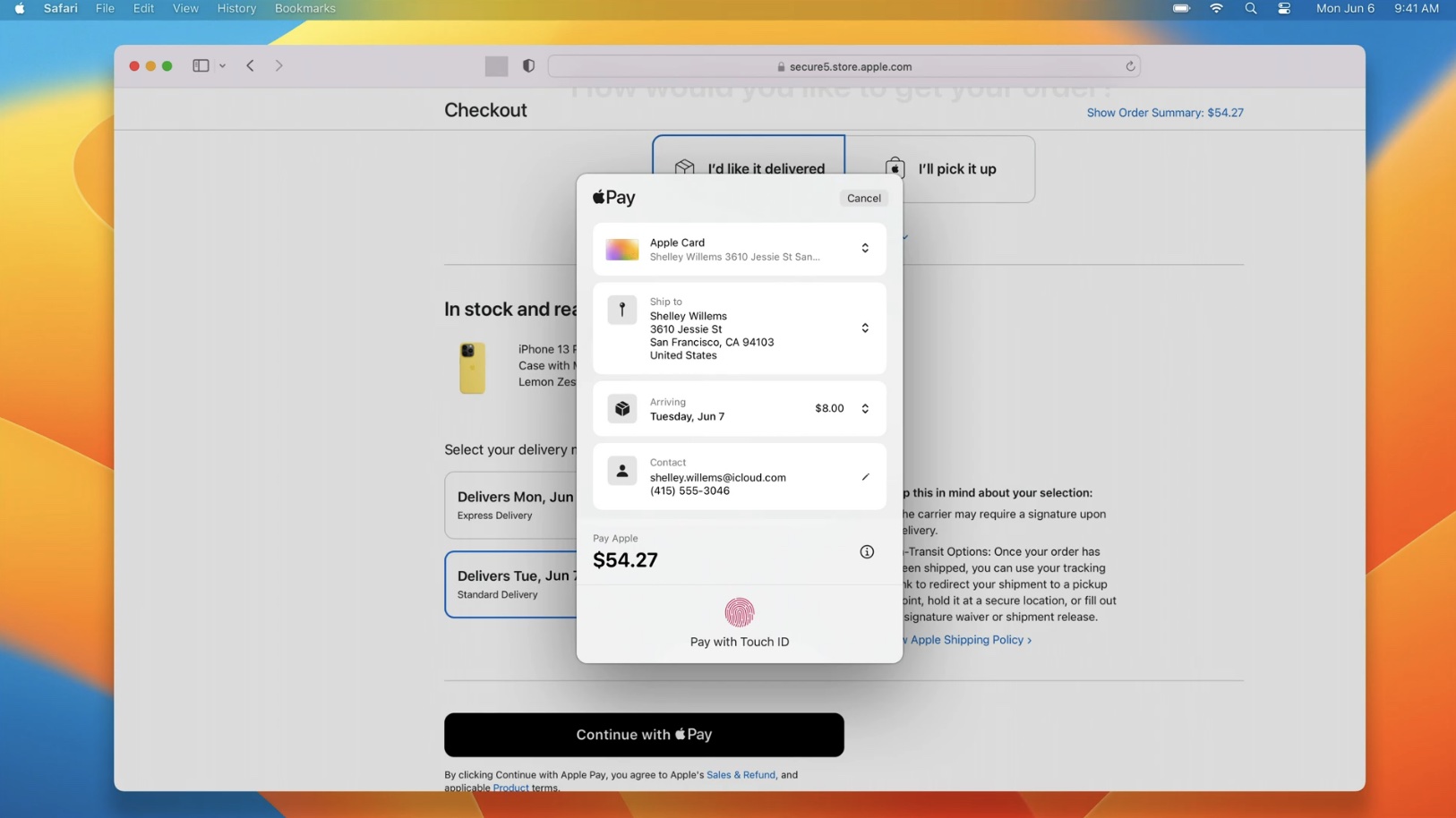 As we previously reported, Apple Pay on iOS 16 is also gaining detailed receipts and order tracking information for Apple Pay transactions in the Wallet app. In addition, a new Apple Pay Later option will let customers split a purchase into four equal payments over six weeks, with no interest or fees to pay, according to Apple.

iOS 16, iPadOS 16, macOS Ventura, and watchOS 9 are currently in beta for developers and will be released to all users in the fall.Related Roundup: Apple PayRelated Forum: Apple Music, Apple Pay/Card, iCloud, Fitness+
This article, “Apple Pay to Support Bundled Purchases, Receives Redesign on macOS Ventura” first appeared on MacRumors.com