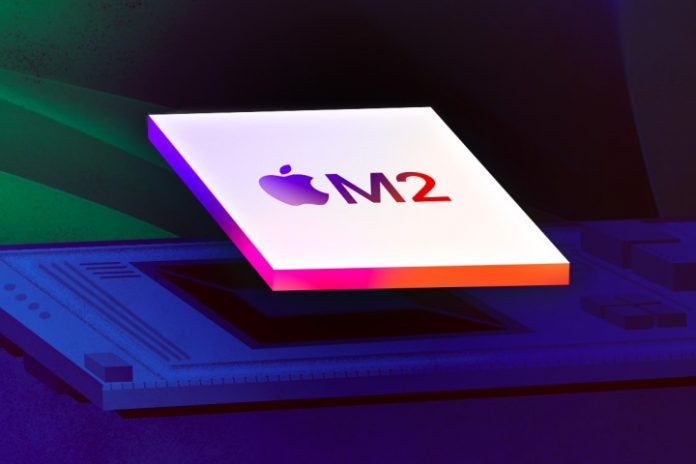 Apple’s M2 chip didn’t turn many heads it was revealed at WWDC on June 6, but that was just a preview of something better. A new 3nm M2 Pro chip is rumored to be in the works, and we could see it as early as this fall.

There’s an M2 Pro chip and an M3 chip in the works, according to industry publication DigiTimes. They are 3nm in size and TSMC won the contract against Samsung to produce the newest Apple silicone. DigiTimes reports the 3nm M2 chip will roll out with updated MacBook Pros in October.

Apple revealed the M2 chip at WWDC on June 6, and it was the same 5nm as 2020’s M1 chip. However, according to industry journalist Mark Gurman, a 3nm M2 Pro chip and M2 Max chip will arrive later this year in several new Mac computers.

Gurman also reported a 3nm M2 chip will most likely appear in a mixed-reality headset. He said the device will include 16 GB of RAM and will run on a new operating system Apple is calling realityOS.

A 3nm chip offers better performance for a lot less power. It means Apple could potentially reduce the overall size of its MacBooks without sacrificing power or the need for better thermals.

YouTuber Vadim Yuryev, who hosts the Max Tech channel, also has information the M2 Pro will be 3nm. However, Yuryev believes Apple won’t release a 3nm M2 until the spring of 2023.

“A 12-month cycle literally doesn’t give Apple enough time in the supply chain to get each and every Mac updated every year.” He said in a long Tweet thread. “They won’t be able to keep up with each different model.”

An 18-month cycle allows Apple to keep things interesting and keep everyone on their toes in terms of which models are getting upgraded and when. This keeps the YouTube/Twitter rumor cycle going which is free marketing for Apple and exciting for consumers.13/14

Yuryev believes we’ll see a 3nm M2 Pro chip sometime in early 2023, and Apple will stick with a 5nm M2 for its lineup in the fall. However, the DigiTimes report says Apple has something better for 2023.

According to DigiTimes, the M3 will most likely debut in Apple’s 2023 Mac lineup. DigiTimes also said the 3nm M3 chip will arrive in iPhones at the same time.  According to the report, production at the Fab 18 foundry in Taiwan has just kicked off and won’t reach scale until later this year. In any case, don’t expect to see an M3 chip anytime soon.

For now, we’re waiting to see when Apple will reveal its 3nm M2 Pro chip.